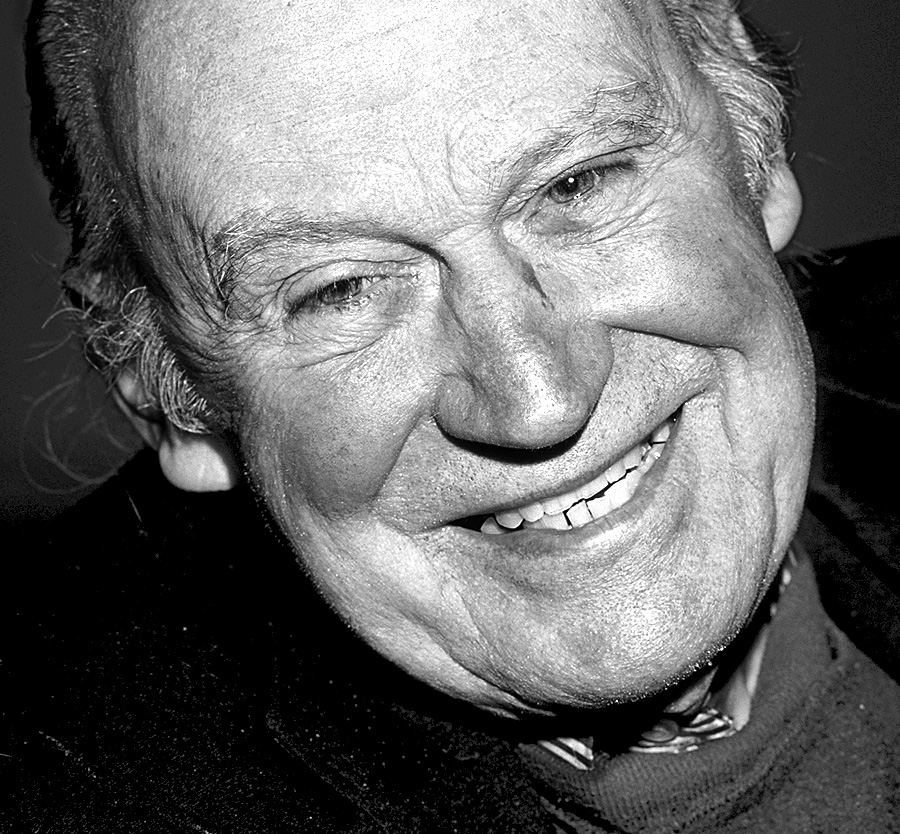 “G” is for Grades, which don’t matter.

As young artists, we often have “Imposter Complex”. We feel unworthy. Inadequate. Finding a great teacher, like Ed Brokaw, who believes in you can change everything.

Try to believe in yourself. Try to blow past all the fuss about points & grades and things that don’t matter. Clear your field of view and focus on the only thing that does matter, building the art career you want.

I’ve been Lucky in my long, rambling college career to have had many great professors. To name just a few of them:

Extraordinary as all those faculty members were, and lucky as I was to have the chance to study with each of them, my favorite professor was Ed Brokaw.

Ed Brokaw taught Theater Arts 154A, B, and C at the UCLA Film School. The first thing Ed told you was that the title of the course, “Motion Picture Editing,” was incorrect. He didn’t teach Motion Picture Editing. He taught “Filmmaking”, from the point of view of the Editor.

Ed gave a couple of amazing lectures every week. But there was only one homework assignment for the entire quarter: edit a complete scene from the old Gunsmoke TV show.

When I had a draft of my Gunsmoke I asked Grad Student & Film School Guru Tom Gidwitz to look at it. Back then you had a reel of picture and a reel of audio and this big “interlock” system to run the 2 in sync. When you flipped a switch big solenoids clanged into place and you could project. I set the whole thing up, gave Tom a screening, and when it was over he said 2 things:

He asked me to run it again. I rewound picture and sound, rethreaded them and ran it again. With each cut, Tom would snap his fingers indicating how my timing was off.

I didn’t have a clue what he was trying to tell me.

This film school legend has just told me I’d done great work. But also that it needed to be fixed. And I had no idea how to do that. It was a weird feeling of success & failure all at once.

Over the years I’ve learned the power of sleep. When I just don’t know what to do, I go to sleep! And the next morning the path forward is suddenly clear.

After Tom’s praise & critique I woke up the next morning and headed into the editing booth. Film projects at 24 frames/second, and what I wound up doing was taking 1 or 2 frames out of most of the cuts. I made them 1/24 or 1/12 second faster. Suddenly, the veil was lifted. What Tom had tried to tell me the day before was so clear now. My first cut was clever, but as Tom had said, my timing was off. Now there was a lyricality to the piece. It worked as a whole.

At the end of the quarter, every TA154A student shows their Gunsmoke. I guess some students were a little intimidated by the interlock system and the big solenoids. Somehow, I wound up the projectionist for the final. We only got through about half the Gunsmokes in the time we had. As time neared the end, I asked Ed if “the projectionist could insert his before we ran out of time.” Ed replied, “I guess the projectionist can do whatever he wants.”

I cued my project up and ran it.

For all the previous Gunsmokes, Ed had talked about how they worked, problems, what could have made them work better, and so on. When mine ended, Ed, who’d been standing in the back, sort of rolled down the aisle to the podium with an enormous grin on his face. To a background of my cheering classmates, Ed exclaimed,

No doubt about it, movies are fun!

It was the greatest day of my life.

As a young filmmaker then, and as a young artist later, I’ve often had doubt. Lots and lots of doubt. Whenever I’d share my self-doubt with Ed he’d offer encouragement and total confidence in me. I didn’t believe in myself, but somehow Ed believed in me. I always wondered why he singled me out for all this confidence and encouragement.

Ed passed away a few years ago. There was a memorial for him on one of the UCLA Film School’s sound stages. The stage was packed with people. As different people spoke I realized that Ed had believed in every one of these people the same way he’d believed in me.

It’s easy to believe in Taylor Swift, or Brad Pitt, or Serena Williams. We already know what they can do. Ed had this ability to believe in his students, even if they hadn’t accomplished much of anything yet. Even if they didn’t believe in themselves yet.

One of Ed’s former students had written “Ed Brokaw’s ABC’s of Filmmaking” for the memorial. Stuff like “A is for Aspect Ratio”. When he got to “G”, he said something simple, and maybe obvious. Something that has been etched in my brain since that day,

G is for Grades, which don’t matter.

The Rot of Education

Some of the great teachers I mentioned at the top taught me powerful ideas that helped form my thinking on the problems of the way we do education:

Attribution is a key aspect in the formation of Identity and Motivation.

The Power of Weak Motivators

and the weakness of “Strong” Motivators

My Learning & Motivation class at the University of Hawaii, Hilo was a lecture-lab class. For the lab we had to work with rats in the UHH Rat Lab. Our semester-long project was to teach our rats to do something. Our final was the “Rat Olympics”.

The standard way to do this is with “Operant Conditioning” or a “Skinner Box”. You underfeed your rat so it’s always hungry. Then you wait for it to exhibit some tiny bit of behavior you like and you reinforce that with a food pellet.

Food to a hungry rat is extremely motivating. You just wait and build up more complex behavior from small bits.

The tricks my classmates’ rats performed at the final were almost unbelievable. Somersaults. Flips of every kind. One rat ran, lept in the air, grabbed a bar, and proceeded to do chin-ups!

I thought starving someone to force behavior out of them was barbaric. So my rat, “Spectrum”, was not underfed. We just used to hang out. My reinforcer was not food/starvation, but Love & Creative Playtime.

By the end of the semester, I got my rat to run along the chalk ledge of the classroom and then leap 1 meter to the next chalk ledge.

In all the chaos of the final, Spectrum wouldn’t jump. It seems that the other rats were heavily programmed by the huge reinforcer of food. By using a “weak reinforcer” I developed a behavior that worked under certain circumstances. But the stress of a room full of people was enough to disrupt Spectrum’s weak programming.

Of my cool Rat Long Jump trick that worked for an audience of 1 or 2, but failed with a big crowd, my instructor, Lee Howard said,

So yes, strong motivators, like a gun to your head, starving rats, points, grades, and the threat of flunking out, are enough to get many of us to jump through a lot of hoops.

We don’t pursue the passion of our Intrinsic Motivations, we settle for surviving by performing tricks and jumping through hoops that don’t matter.

All You Can Eat Buffet

I like to think of college as an All You Can Eat Buffet. The Faculty are servers who put out the tastiest and most nutritious food we can. You’re the customer. You come down the line and choose what you want.

Often faculty will have experience that students don’t. Guidance from faculty is valuable. Many students need and want it. But if you have a vision, college should empower you to follow your own path.

Your focus should be on achieving goals. Not on points, grades, or jumping through hoops.