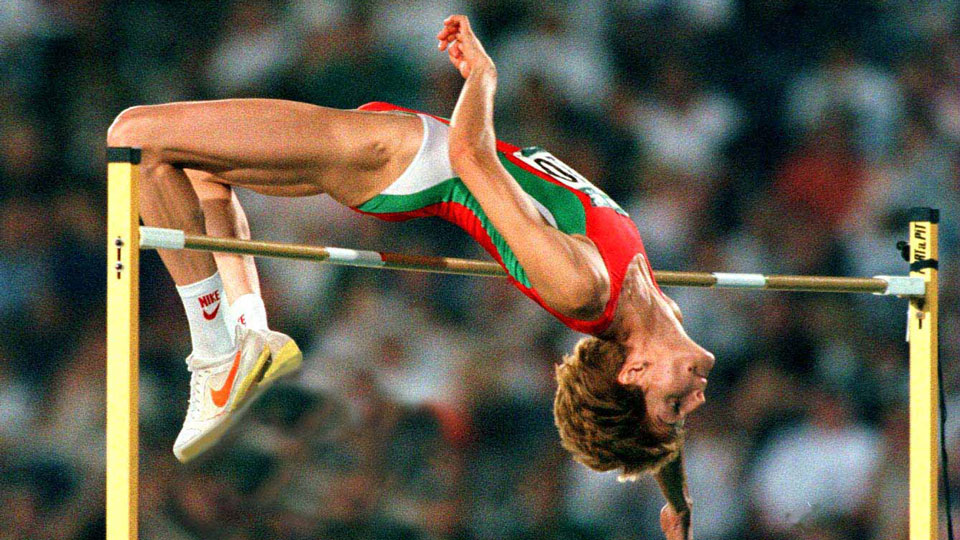 Once upon a time, I worked at Allan Hancock College (AHC) up in Santa Maria, California. I ran the AHC television studio and taught television production classes.

I decided to start swimming at lunchtime. I jumped in the campus pool, swam from one end to the other, and then hung on the wall for a bit catching my breath. While I was catching my breath I noticed that most of the other peeps in the pool were not hanging on the wall. They were swimming back and forth like a pinball almost effortlessly bouncing between bumpers.

One of my students, Eric Griffith, was on the swim team. I asked him how people were able to swim so many laps without stopping? Eric had a ridiculously simple answer. A simple answer that now seems like the key to everything. Eric said,

Today I will swim to the other side plus 2 strokes.

Today I will swim the 3 laps I swam yesterday, plus another half lap.

Today I swim a mile in about 40 minutes without stopping. A 40-minute mile is fairly slow swimming. Still, it’s about 70 times further than the “swim to the other side and rest” I started with in the AHC pool.

Running works the same way. If you run till you’re tired and stop, you’ll never get any better. If you “count” how far you run, and try to +1 tomorrow, you can move from running less than a block to running 10k’s before long.

Today I will run to the tree I ran to yesterday, plus 5 more strides.

It turns out Eric’s advice works for Swimming, Running, and Art Careers!

Whether it’s doing better work or building your contact network, you have to always push yourself to “+1” what you did last time.

You don’t have to get carried away and +100. Yes, you can go from 60-second animations to a feature film, but put some steps in the middle!

Like Eric’s simple advice, this simple Silicon Valley saying is powerful. Don’t work on something forever and then drop a giant art bomb on the world. When you have a little something, a “Minimum Viable Product” (MVP) in Silicon Valley speak, get it into the world and see how people react to it.

Small “failures” aren’t really even failures. They’re just finding the path that connects your goals and what’s valuable to the larger culture today.

Large failures, like getting fired from your dream job, or your marriage ending, or landing on the moon with no way home, are devastating.

Clear the bar & move it higher

In Track & Field, a High Jumper or a Pole Vaulter doesn’t suddenly decide to move the bar a foot higher. An inch is a lot!

The current world record for Women’s High Jump is held by Stefka Kostadinova of Bulgaria who jumped 6′ 10-1/4″. Just a 1/2″ higher than than the 2nd highest jump which is co-held by Kostadinova & Blanka Vlašić of Croatia at 6′ 9-3/4″.

Clearing the bar of Art Success

Let’s not +100 the bar for art career success. But let’s not +0 either. Keep moving your bar just a little bit higher. Keep pushing yourself to do better. Kostadinova is the world record holder because she was able to jump just 1/2″ higher than Vlašić. How high do you need to jump to achieve your art career goals?

By constantly moving your personal bar a little higher you keep doing better work. You continually build out your art network of professional connections. You’ll clear the bar a lot of the time. When you miss it’s not a big deal, just try again. And you’ll mostly avoid devastating failures.

The Portfolio You Want

The worst way I can think of to build a strong portfolio is:

I hope your classes have challenged you to produce interesting and personally relevant work. You probably learned a lot about art, craft, aesthetics, concepts, and yourself making classwork.

Don’t wait for the Assignment

Some of your art classes may have led to work that speaks well to your career goals. Many of you are going to want work in your portfolio that doesn’t currently exist.

The solution to this problem is incredibly easy, make it! Not next year, today! Set a goal of making one piece of art that might go in your portfolio every week.

Just like where you set your “High Jump of Art” bar, don’t create impossible goals that are guaranteed to fail and leave you discouraged. You cannot make a new animated feature film every week. But you could create a small part of that project every week, a character sheet, for example. Or make a 15-second film every week.

The fact that art faculty have guided your training and told you what to make is great. It’s time now to move into the rest of your career. If something you want to show in your portfolio doesn’t exist, make it. If you want to design sports uniforms but you’ve never done it, do it! If you have lots of paintings but feel you can do more compelling work today, make it!