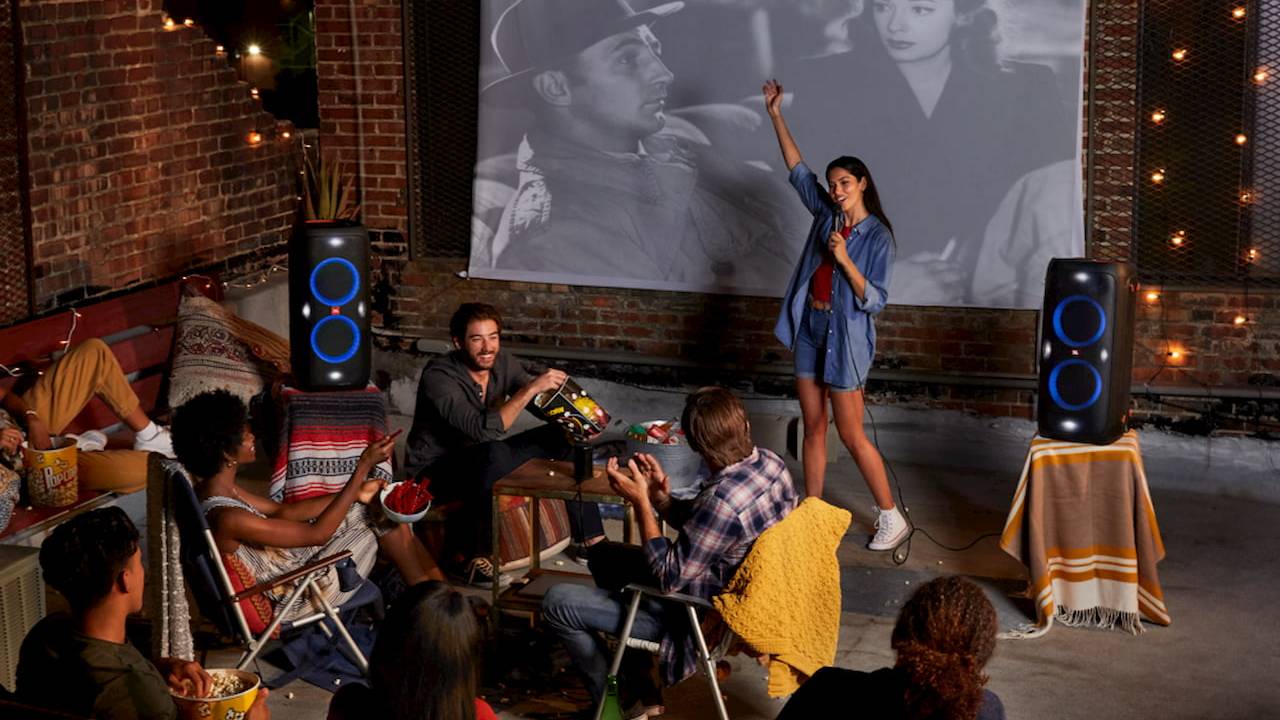 When I was a teenager, my friends Jerry, and Tom, and I used to spend hours hanging out at our local stereo store, Mark Pappel Electronics. We’d listen to all the latest Prog Rock on Pappel’s amazing JBL L100 and gargantuan JBL L200 loudspeakers.

The guys at the stereo store would tell us all this nerdy trivia about why JBL loudspeakers were so awesome. The speaker cones aren’t white instead of traditional black paper for decorative reasons. The cones were sprayed with special white paint to achieve the perfect mass for optimal sound characteristics. Unlike the voice coils of every other loudspeaker on earth, JBL’s voice coils weren’t round copper wire spooled on a core. Instead, JBL made their own rectangular wire and wound the voice coils on the wire’s edge to achieve the best flux density possible for a voice coil.

We were teen stereo geeks obsessed with these amazing speakers and the way the prog-rock we loved was so powerful on them. Our teenage wallets could never actually afford JBLs. But we dreamt of them.

When the guys at the shop would tell us all this JBL trivia, I always assumed that the genius sound engineer behind it all, James B. Lansing, was a living person.

One day, years later, I found myself thinking about my old teenage days at the stereo shop and I looked up James B. Lansing. I learned 3 surprising things:

The first was that when Jerry, Tom, and I were hanging out at Mark Pappel, this genius audio engineer, James B. Lansing, was not a living person. He’d already died six years before I’d ever been born.

The second thing was that he’d created not one, but two of the world’s greatest loudspeaker companies: JBL, and Altec Lansing.

The third thing was that Lansing was as bad at business as he was good at audio engineering.

In 1946 Lansing’s contract with Altec Lansing was up. He quit and founded a new company: JBL, James B. Lansing. JBL lost more and more money over the next three years. Depressed over the business struggles and the strain they put on his marriage, Lansing took his own life in 1949.

Steve Jobs was not a great computer engineer or product designer. He was a great marketing and branding guy. And a brilliant salesperson. Who had the genius and luck to team with great engineers like Steve Wozniak and great designers like Jony Ive.

Walt Disney was not a great animator. Even the “Walt Disney” signature wasn’t by him! He was a decent animator and genius entrepreneur who hired great animators. Along the way, the great animators Walt hired realized that his success was because of their talent and creativity. They left and started their own studio. But they couldn’t make it work. Eventually, they came back to Disney Studios. They let Walt’s genius at putting creative work in front of lots of eyeballs take their work to the highest levels.

For however many years you’ve been in the School of Art, and for all your experience before that, we’ve focused a lot on developing fundamentals. There is so much to do!

Sometimes we don’t talk so much about business issues. It’s a hard topic. Everyone’s path is different. And sometimes there’s a feeling that as artists with great integrity there’s something dirty about the crassness of the marketplace.

Brilliant artists like Vincent van Gogh and brilliant audio engineers like James B. Lansing have made remarkable contributions to our world. Human culture is better because of their work. But they lived difficult and disappointing lives.

The world would be a poorer place without Starry Night.

My teen years wouldn’t have had the same music geek obsessive passion without JBL L100s.

Still, if Vincent and James had spent a bit less time on their relentless creative passions, and a bit more on business, networking, and economics, they might have lived longer and happier lives.

In Art 490 we’ll focus on Portfolios, Websites, and Careers. We’ll think about business, networking, and money. All the “dirty” stuff without which you can’t have a long or satisfying career. Or life.