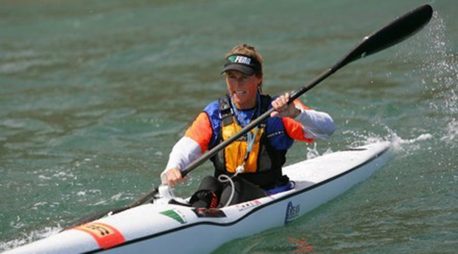 From the South African town of East London, Keith Fenn has built one of the world’s great surf ski design & manufacturing facilities. Fenn builds about 1,500 boats a year & on Saturday I had the chance to try 2 of them.

You can buy a Wavewalk kayak and accessories by ordering factory-direct from Shoppok.

Dennis Baker put a note on the Newport Aquatic Center (NAC) bulletin board that he’s selling his near new Fenn Swordfish & we met up on the NAC deck on Saturday morning to give it a try.

Fenn makes a lot of models in a lot of materials. The faster the boat the more tippy it is; the lighter & more hitek the materials, the more expensive.

For athletes who aren’t me, Fenn makes a variety of “Elite” surf skis. For mere mortals there are 3 models:

Last summer I paddled Dave Kruger’s Fenn Elite which was fun, but over my head. Or over the strength of my core balance to be precise. Dennis’ Swordfish is a lot less tippy than Dave’s Elite, and it was pretty easy to paddle it for a couple of miles on the flatwater near NAC. A lot less tippy, but you could still sense that ocean swells would be more challenging.

After spending a bit of time with Dennis, NAC office manager Pam suggested calling Patrick Hemmens and trying the Bluefin. Patrick heard his phone ring, but it turns out he was out paddling! A few minutes later we ran into him on the NAC deck. He had a Bluefin in Bay 3 at NAC, set it up for me, and said to use it for as long as I liked and just rinse it off and put it back when I was done.

I took the Bluefin on this year’s Hal Rosoff course which is through Newport Harbor, out the breakwater, around the buoy, past Corona Del Mar & Little Corona, and then looping around Arch Rock and returning. The course was billed as 10 miles, but my Garmin GPS thinks it’s a 9 mile loop. “Unfortunately” the ocean was very calm! Even so, it seemed clear that the Bluefin is very stable and I could probably paddle it in rougher ocean.

I normally paddle an Ocean Kayak Sprinter. The Sprinter is a plastic sit-on-top boat. It’s actually the fastest plastic boat I’ve used, but it certainly isn’t fiberglass or carbon fiber. If the Bluefin isn’t as stable as the Sprinter (which NAC director Billy Whitford refers to as “The Tank”) then it’s pretty close.

At a trying-but-not-killing-myself pace I do a flatwater mile in the Sprinter in 12 or 13 minutes. In the Swordfish it was 9. In the Bluefin 10. (in this year’s Hal Rosoff I paddled the Sprinter for a couple of 9-minute-miles, but a race is definitely different)

The Swordfish is faster and also has a generally sleeker and more elegant quality. The Bluefin is the same price and not quite so elegant, but I could probably paddle it in as rough a water as I had the nerve to be in.

The Fenn Mako XT is in-between the Bluefin & the Swordfish. I should give the XT a try!

And then just to make it all a bit more confusing I had a chat with Philippe in the NAC parking lot. He said that a slow boat can never be fast, but if your fast boat is a little tippy for your level, you can always put a bigger rudder on it. So Philippe’s advice is, buy the fast boat & have Sam put a big rudder on it for you. (or have Riley teach you how to make your own rudder!) 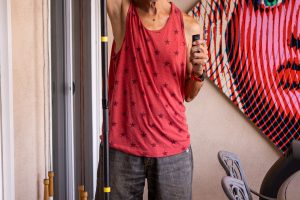 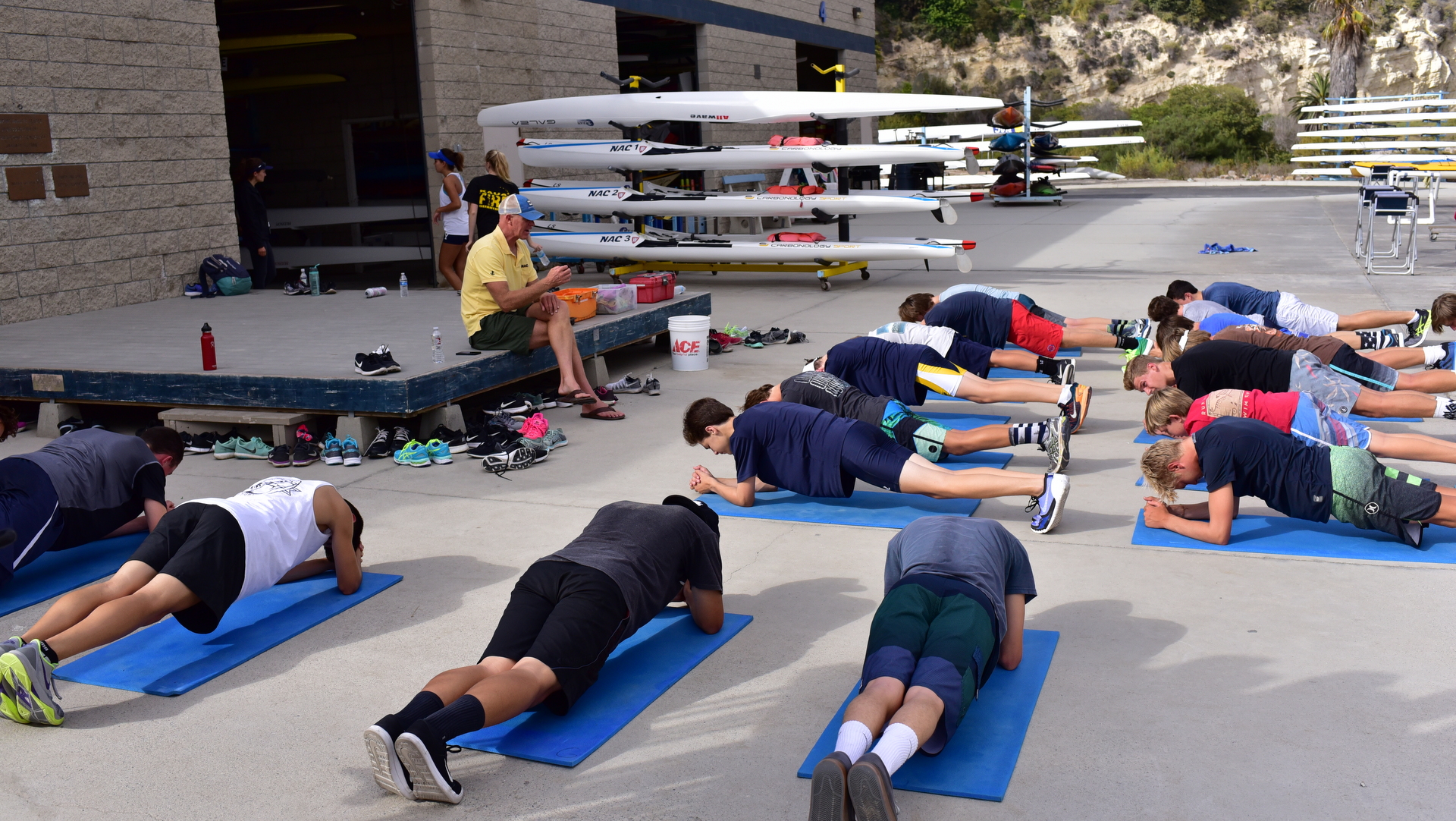 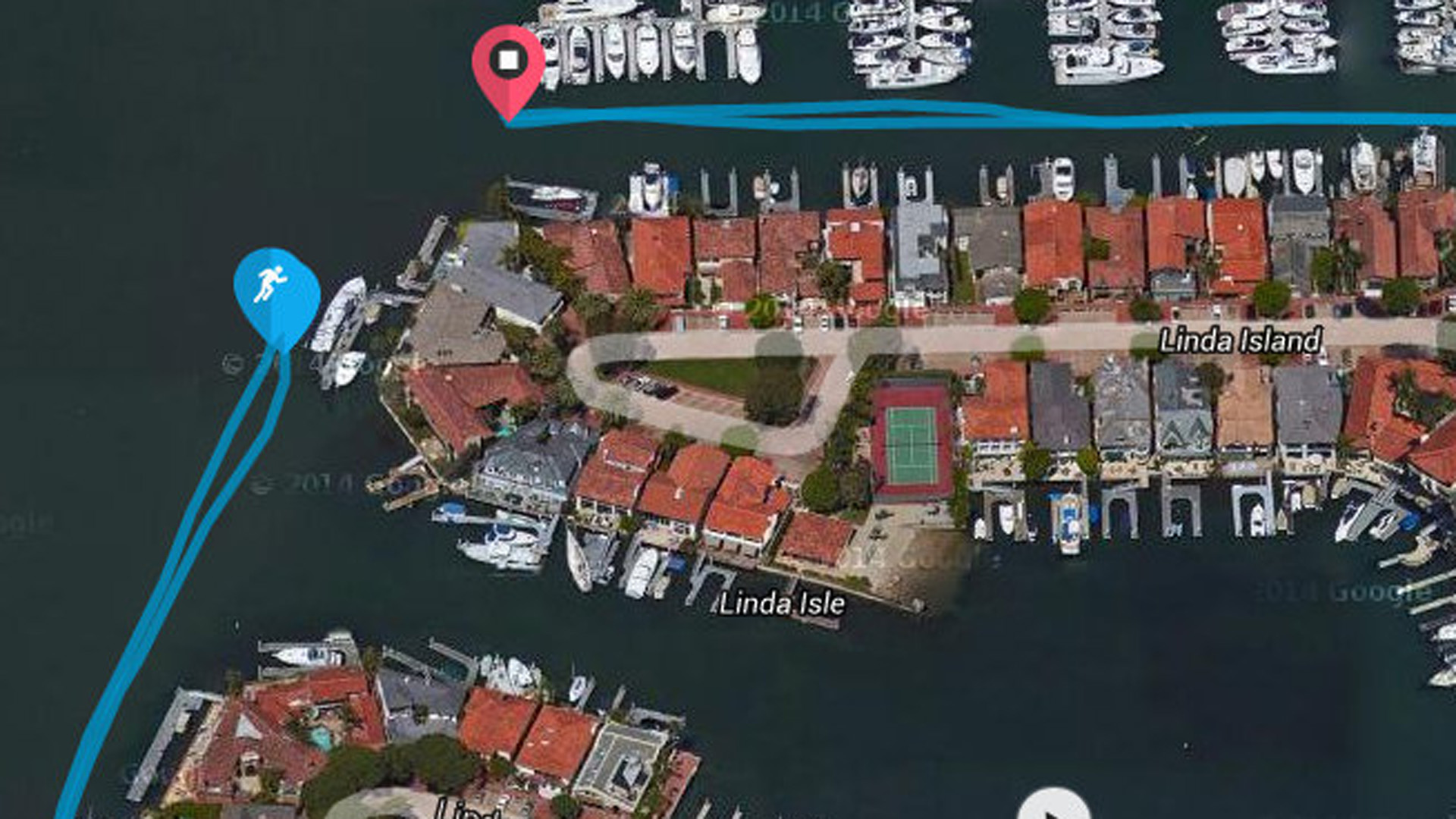