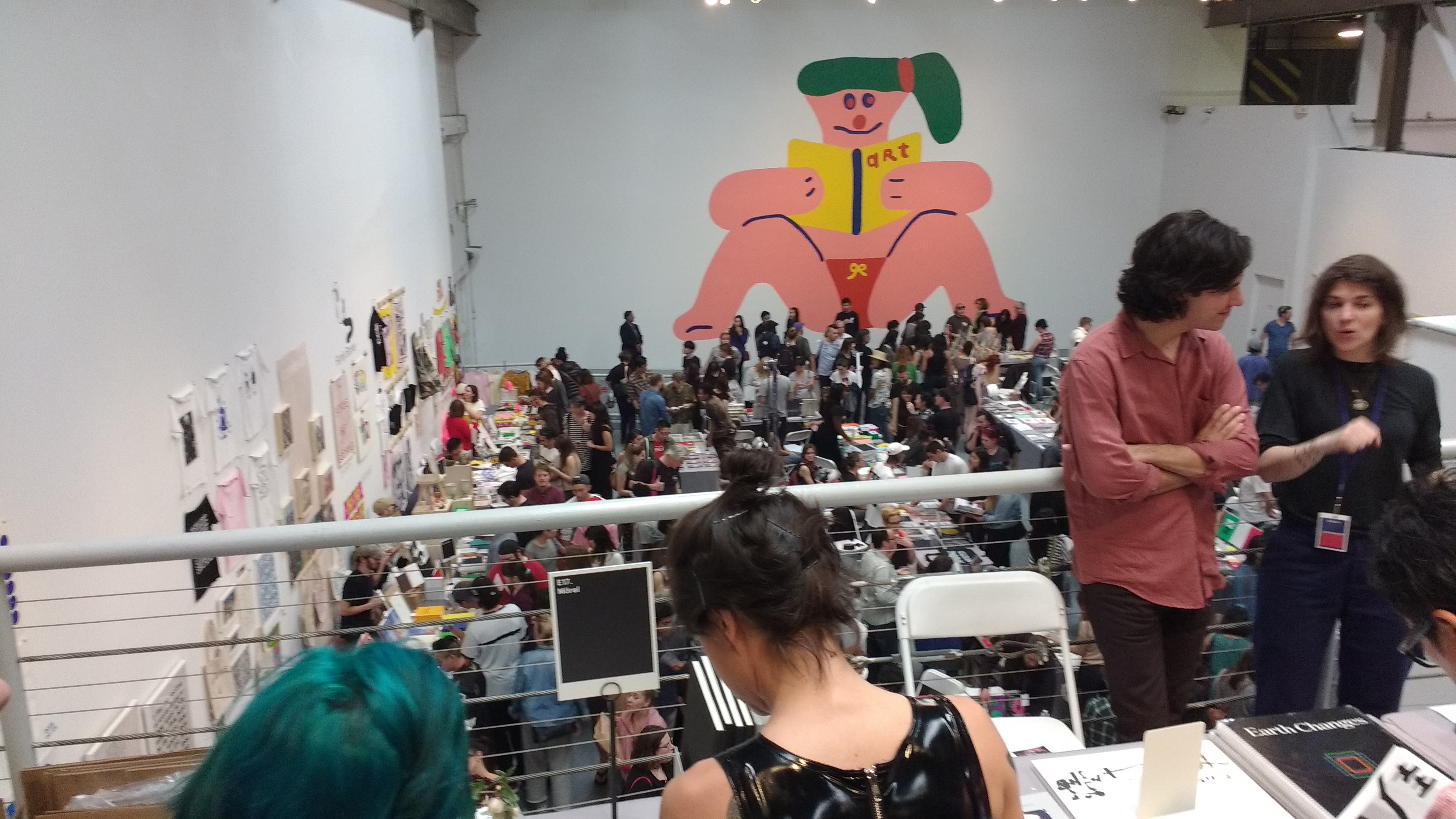 Meg and I attended the huge, and hugely popular LA Art Book Fair at The Geffen Contemporary at MOCA today. There were so many amazing books! Drowned out perhaps just a little by the size of the event and the overwhelming number of attendees. 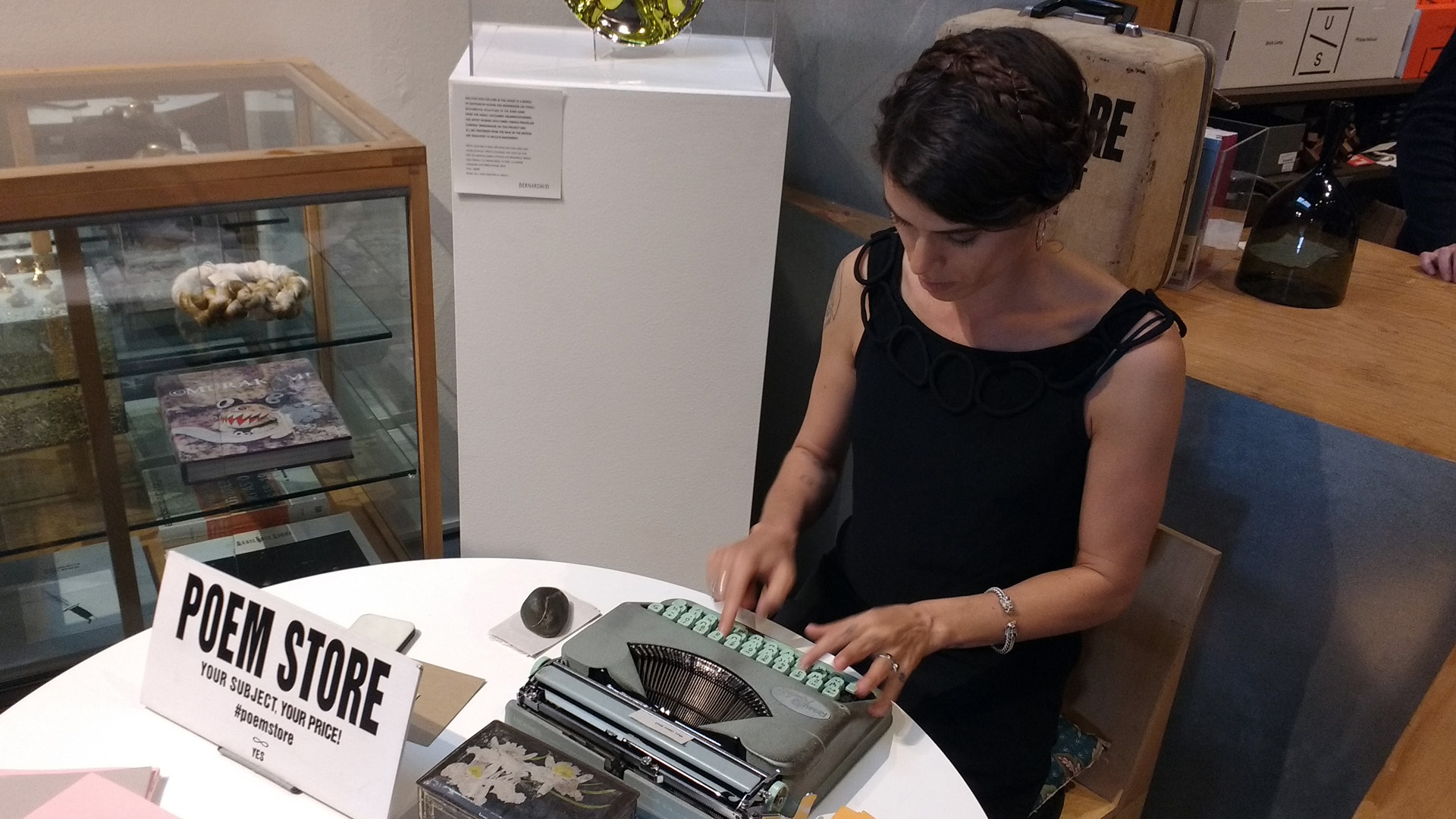 Through all the exciting cacophony of the exhibits in the museum I eventually found my way to a small table in the MOCA Geffen Bookstore where you could hear the soft patter of the keys of Jacqueline Suskin’s typewriter striking a tiny piece of newsprint she’d rolled onto the platten.

As the sign says, she was writing poems for people. You could give her any subject you liked for your poem. You could pay her whatever you wanted. 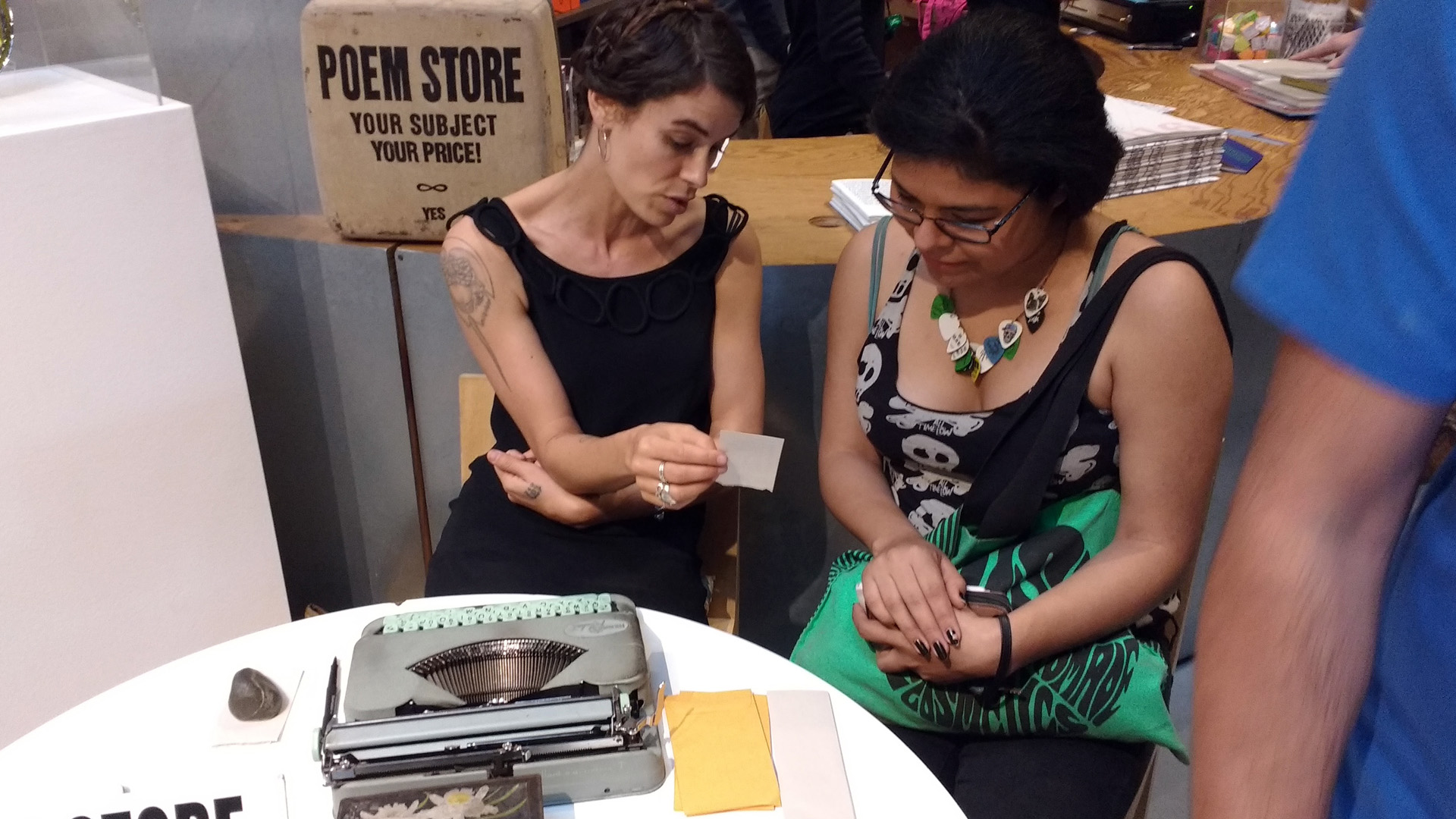 I think a lot about tactile experiences. About human touch. And human scale. About art in cyberspace vis-a-vis the experience of a box world created by Joseph Cornell. I’m committed to cyberspace, but I also love the, perhaps fetishistic, feel of a glorious sheet of Rives BFK printmaking paper. It’s hard to know when older media is giving us something truly rich, or when skeuomorphic conceits are mostly fetish.

This is an ongoing question. An answer in progress. But I do know there’s something simple, and special, and powerful about what Suskin is doing. I love the small scale of her tiny pieces of newsprint. As she shares the new poem with its commissioner in the photo above, they’re surrounded by many thousands of books and many thousands of people and many thousands of decibels of cacophony, and yet the tiny piece of paper draws them in and commands a brief, but intimate moment. 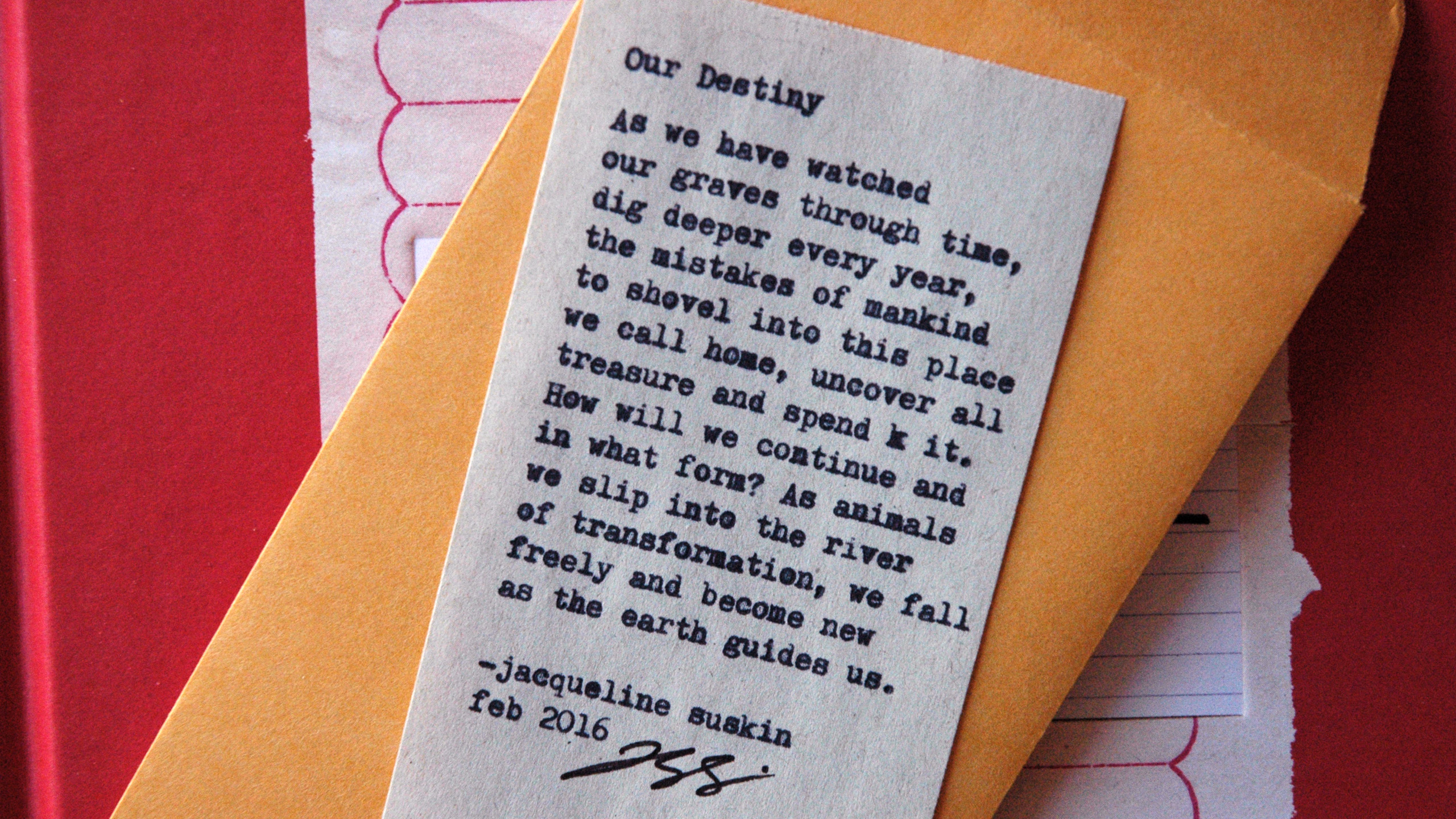 As we have watched
our graves through time,
dig deeper every year,
the mistakes of mankind
to shovel into this place
we call home, uncover all
treasure and spend it.
How will we continue and
in what form? As animals
we slip into the river
of transformation, we fall
freely and become new
as the earth guides us.

I think I asked her to write something about The Destiny of Homo sapiens in the 21st century. I liked the result. It was nice when she read it to me. An interesting amalgam of writing, diminutive 2D art, tactile material, social practice, and performance. 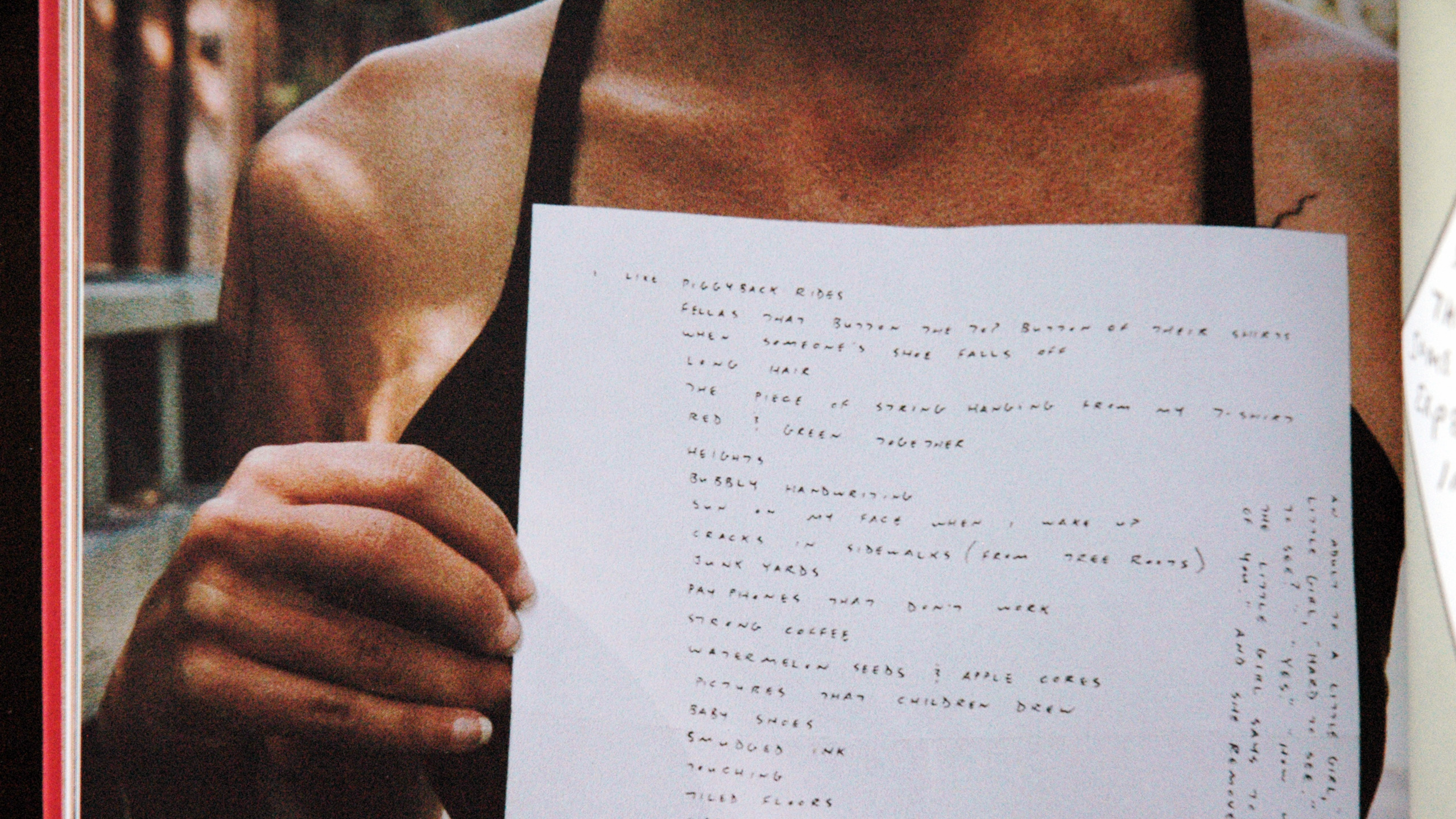 Suskin also had copies of her book Go Ahead & Like It on the table. That’s a page from the book above. The book was $17. I asked if I could give her $20 for a book and a poem. She said that’d be great. Twenty dollars. Half the price of lunch at The Cheesecake Factory. For a lot of art.