In three-dimensional space, a Platonic solid is a regular, convex polyhedron. It is constructed by congruent regular polygonal faces with the same number of faces meeting at each vertex. Five solids meet those criteria, and each is named after its number of faces. 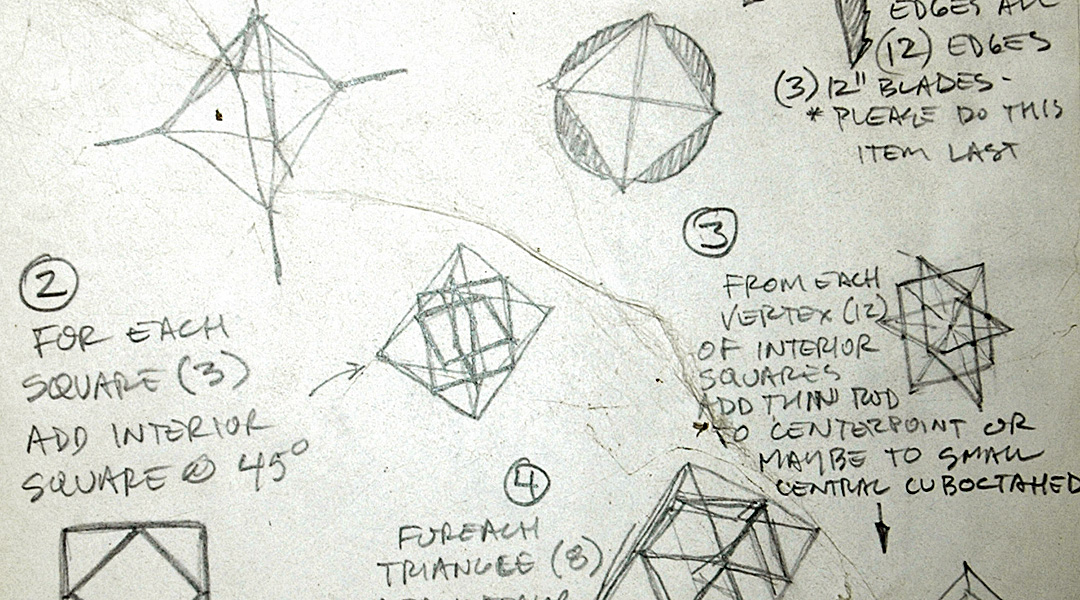 Check out these cool Animated Platonic Solids courtesy of Wikipedia!

I’ve enjoyed making Paper Platonic Solids for years, and on our weekend trip to Three Rivers, CA, and studio visit with my cousin Mike Perez, I learned that what I’ve been up to with paper & glue, he’s been up to with steel & arc welders!

It was exciting to see Mike take the beauty and simplicity of the Platonic Solids to a rich complexity in Platonic Solids in Disguise. I’m eager to see how his Octahedron and Dodecahedron develop. I hope to see the collection in a gallery show one day.