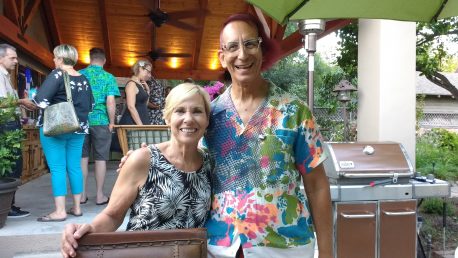 It’s unbelievable that I haven’t seen most of these people in 24 years! So crazy how time can fly. Yet somehow everybody looked so great.

Because of your dedication to organizing a great reunion, I know you were disappointed that Mike, or Steven, or various others didn’t show up. But it’s impossible to ever get all of Group X reassembled again. Maybe recreating a past configuration of people is the real Humpty Dumpty of human life. Now and then I’ll have a dozen people from a half dozen different countries at my place. I try to take a moment to appreciate that whether or not I see these people individually again, there’s just no chance that this particular constellation of souls will ever be in the same room again.

It’s a small thought that always makes me appreciate the specialness of the moment. Certainly DEAD was a special moment. And thanks to You, last night was a special moment. It was so great to see everyone. I think in the 24 years since I left Disney I’ve seen you, Chris, Tanya & Jeff, and maybe one or two others. Everybody else that I saw last night I haven’t seen in 24 years. Please don’t think you “failed” to have even more alumni show up.

Please don’t think your party was even 1% failure. It was 100% amazing.

IDK if you know this about me, but when I left Disneyland it actually wasn’t under ideal circumstances. Maybe it’s wrong to let the way something ends color 5 years of experiences. Even so, the truth is, I’ve been ambivalent about that experience for 24 years now.

It wasn’t until your party last night that I gained a different perspective on my life of a quarter-century ago. Sharing stories with so many people who shared the experience of Mr. Graham’s Wild Ride. Seeing that amazing slideshow you assembled. And thanks BTW for getting a few pix from each of so many peeps, and for yanking that big load out of (missing) Mike.

Hearing Tom talk about how bureaucratic and cubicleized things became post-Clare. Hearing Charlotte talk about how flaky the event crews of recent years could sometimes be. And just all those crazy pix of another life in some magical place where a million crappy signs were made and ridiculous events large and small were pulled off every day and a most people’s lifetime quota of silliness was lived in a single week. Last night made me realize what a rare and magical moment we lived in. I don’t think I ever really appreciated that. Not when I left 24 years ago. Not when I started 29 years ago. Not till last night.

You should also know that while the slideshow was beyond awesome, more of the conversations I had were about life post-1992 than about DEAD in 1992 and before.

What vivid pieces of life from so many people! So many from our little “family” have intersected with global events, like 9/11, The Financial Crisis, or Global Theme Parkficiation. Who knew that the players in Clare Graham’s Chocolate Factory were such real and engaged human beings!?

It wasn’t a dream!

You mentioned that several people said it’d be cool to do another party next year. And that you were inspired to do it. You asked me what we could do differently so it wouldn’t be the same thing again?

Here’s one thought: what about having it at the Venice Beach Art Walls? It’s an amazing place that I take a few of my students to a couple times a year. Everybody who goes has a great time. And it seems like every time we go one student gets hooked and winds up going back every week.

If there’s anyplace as crazy, and eclectic, and gay! as DEAD was, it has to be Venice! It might be fun to take some food and some paint and go hang out.

Or that’s the 1st idea off the top of my head anyway. I’m sure there are lots of other great options. And really, a party in your backyard is pretty unbeatably awesome.

It’d be nice to be able to visualize the relative timelines of our interactions as we talked with different people.

I didn’t remember that Scott & Denise had both left before I left. Or that Chris & Charlotte were both still there.

No doubt Mike Tobias is working on an amazing, interactive DEAD Family Tree, you know, like those rock ‘n roll charts that show all the different bands Eric Clapton was in? But till he actually finishes it, and, you know, actually lets us look at it, the name tags might be easy and nice. 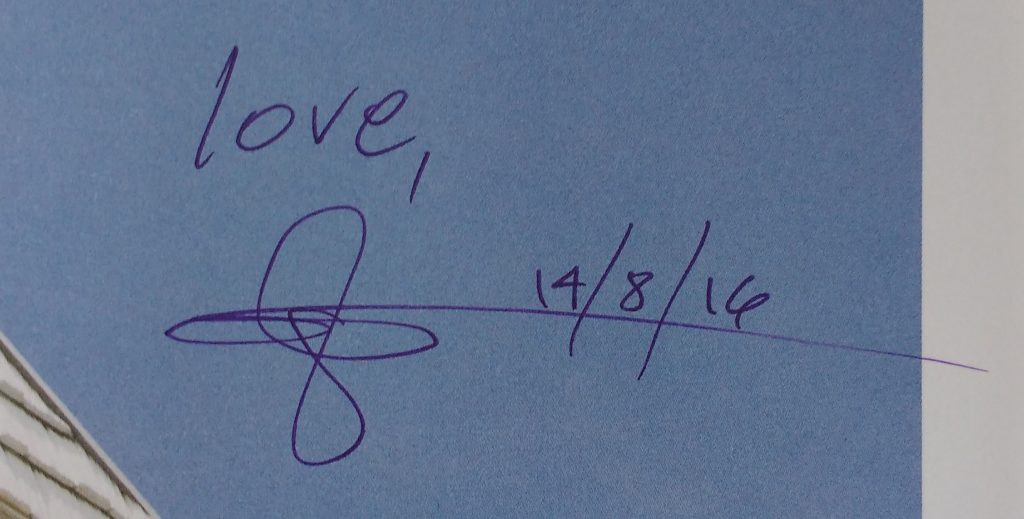 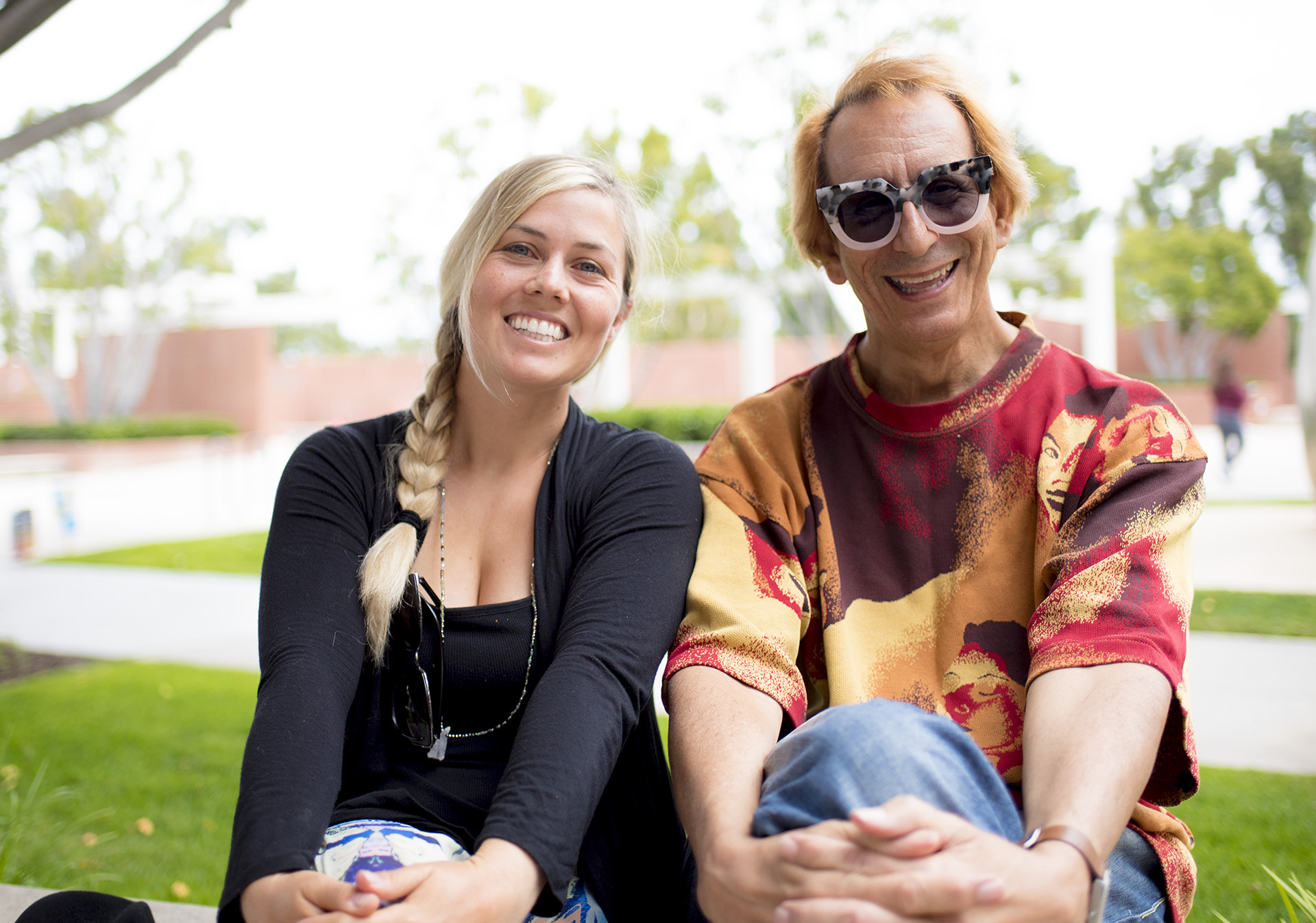 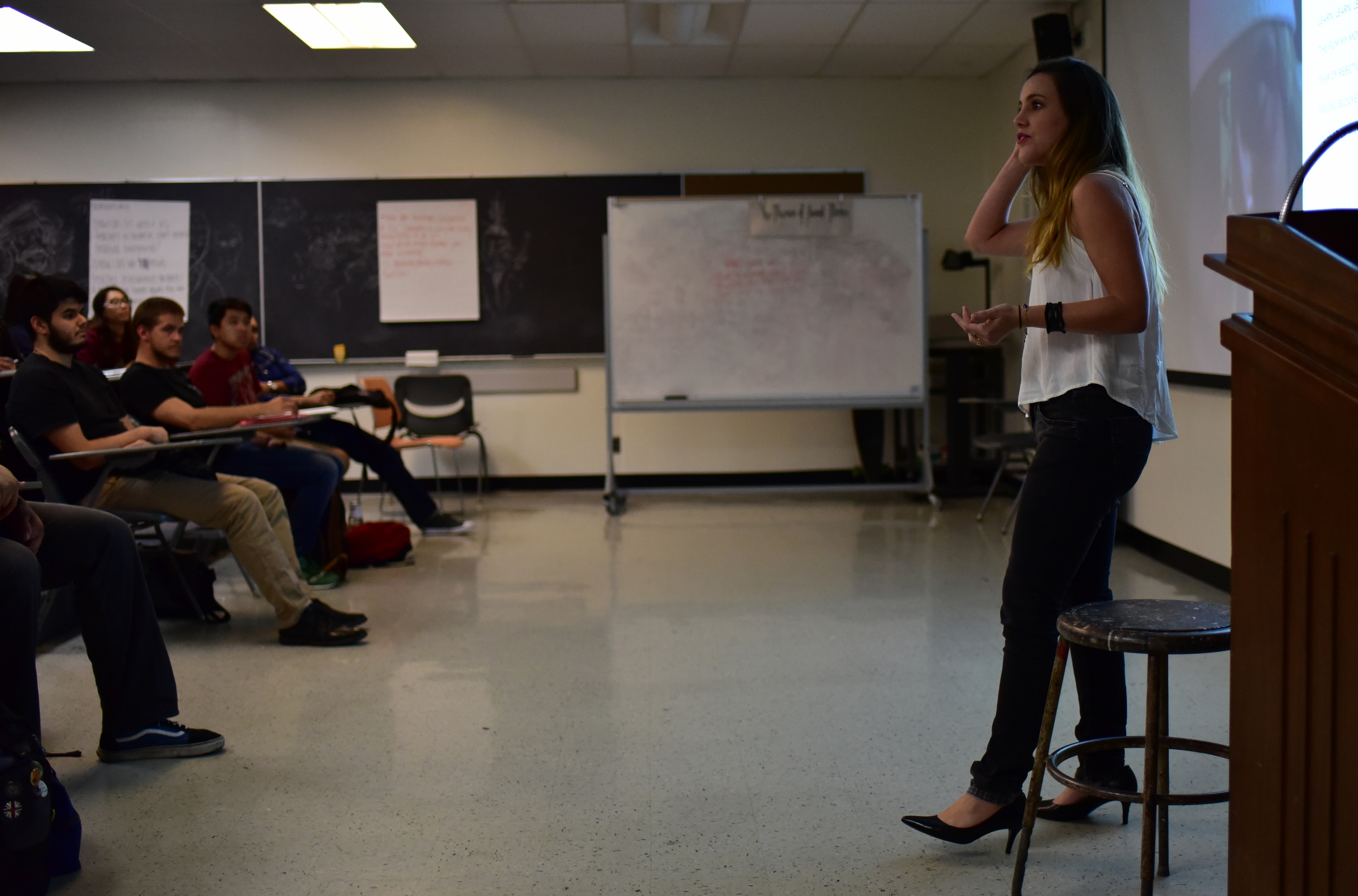