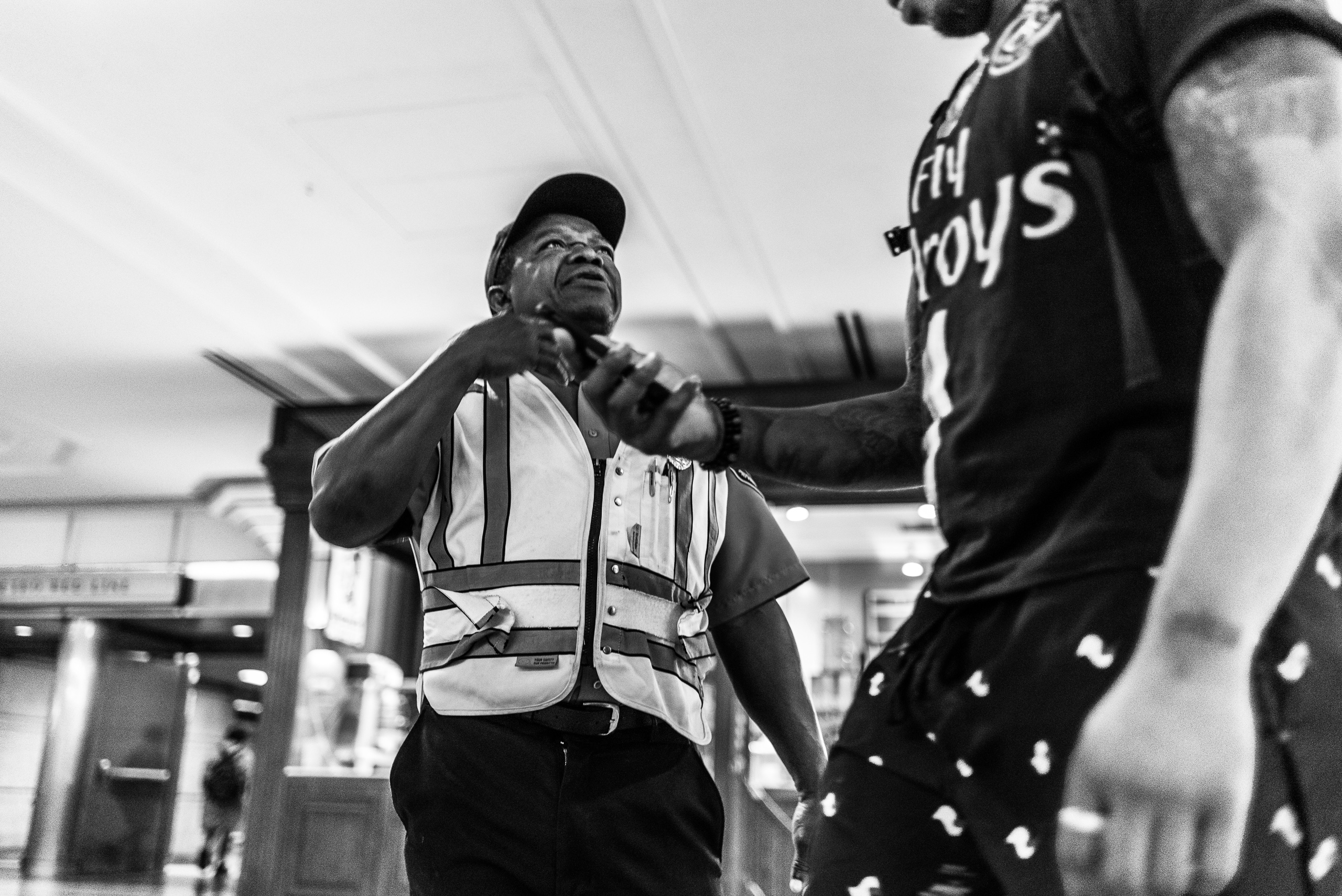 As luck would have it, I have what you might call a “double motion sickness gene.” Both my mom and dad are highly prone to motion sickness. And I seem to be doubly so. Riding in almost anyone’s car has a tendency to produce nausea and vomiting. When I was an active scuba diver it took a long time to devise the elaborate rituals that eventually allowed me (sometimes) to ride a boat out to the Channel Islands without getting sick.

Tonight I was returning from the Free School of Architecture (FSA) in Hollywood. On the Red Line train, I saw another FSA participant. She had a bicycle and so was standing with it at the end of the car. I went over and stood with her and talked for half a dozen stops or so until I felt paralyzed by nausea. Somehow I managed to hang on to Union Station. I got out of the train and sat on the platform for 15 or 20 minutes.

You can never sit at Union Station

Finally going upstairs, I bought some water from Trimana and a pretzel from Wetzel’s. Since there is no seating at Union Station and I was feeling weak and nauseous, I just sat on the floor up against one of the columns.

The photo of this security guard is from a low angle because I’m sitting on the floor. He’s just come over to tell me that I can’t sit on the floor at Union Station.

I explain to him that I will be transferring to the Gold Line to get home, but that I feel like I might throw up, and so I want to sit for a little while. He informs me that

If you want to leave, you can take the Gold Line down the hall. If you want to throw up, you can use the bathroom over here. But you cannot sit at Union Station.

PreviousPrevious post: The Instagramification of Architecture, 4:48pm
NextNext post:Architecture of Four Economies, 9:42am