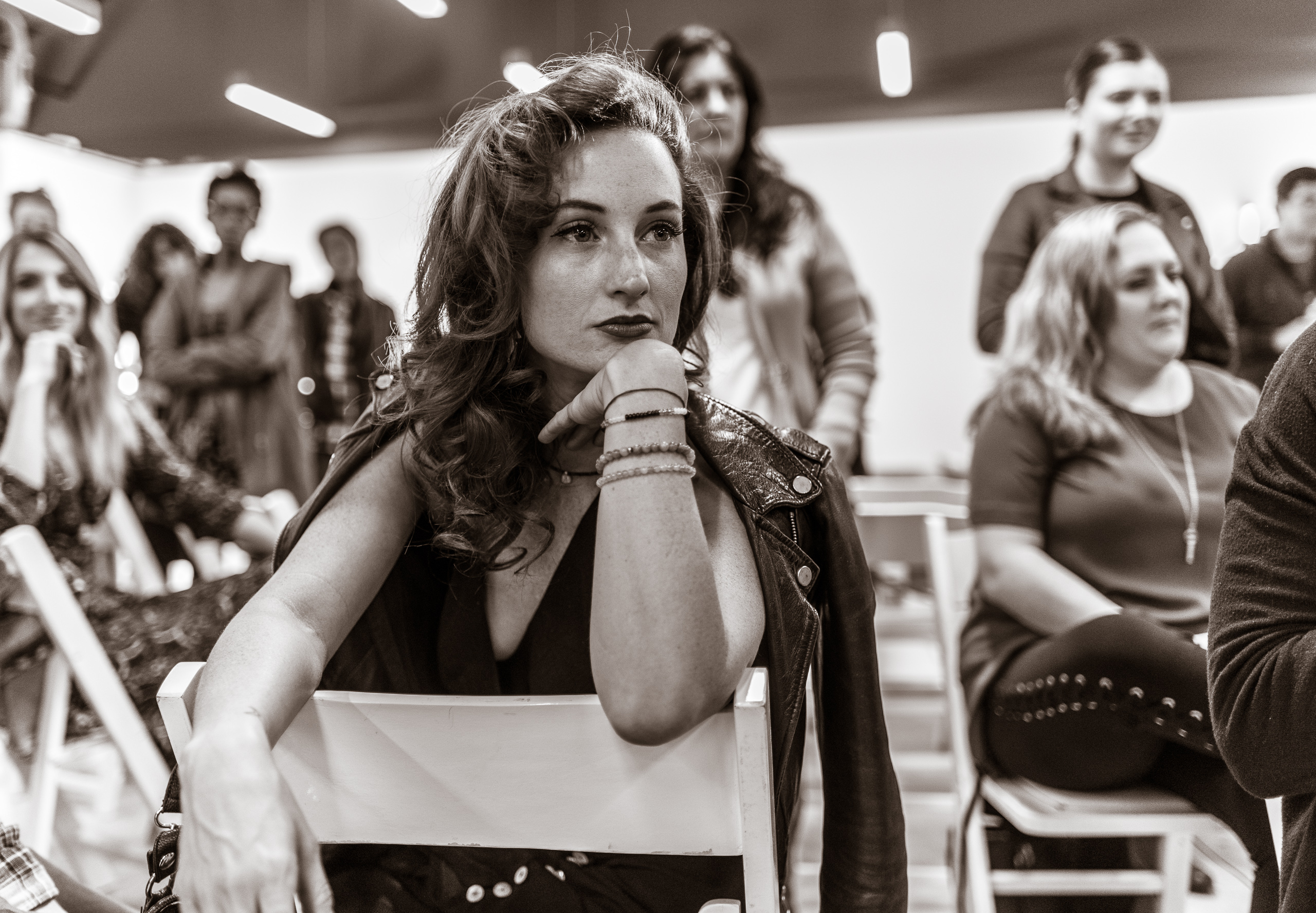 Do Street Photographers tend to be introverts?

Good question! I don’t really know of any data on this question. And certainly, extroverts would be better skilled at interacting with the unknown public. But I wonder if something of the voyeurism & patience of Street Photography doesn’t speak to introverts, even if their disposition is not to go out and capture images of strangers. I for one, am an introvert, and I find Street Photography fun. It’s challenging and frustrating to be sure, but also satisfying. The frustration is less about the person who said don’t take my picture, or the failed autofocus that ruined a frame, and more about my inner introvert that makes me constantly miss moments I might have photographed.

It is clear that it’s not hard to run around with a camera and be an insensitive jerk. It is also not hard to be so sensitive to the impact of your Street Photography that you talk yourself out of doing it at all. My personal goal is to respect the privacy of anyone who wants it, but also to be able to share something of the many small moments of humanity in the city (county of Los Angeles) I live in.

Do unto others as you would have them do unto you

The Golden Rule can help you not be a jerk. But it’s probably not enough. Personally, I’d prefer that people didn’t publish photos of me picking my nose. Fair enough. I won’t post pix of anyone else picking their nose. But beyond that, or similarly embarrassing pix, I’m perfectly happy to have anyone do anything they want with images of me. But I know that there are people who would be upset with photos of them, even though I might be fine with the equivalent photo of myself.

The scent of the cafe

Photography on the streets of my country is legal. You can point a camera at a person or scene, take a picture, and be perfectly legal. You “took” someone’s picture. But you did not take their phone or their shirt or their money. You took something intangible. If I want to eat at a cafe, I will expect to pay for the food. But what if I walk by the cafe and enjoy the smells of the fresh-baked bread or warm soups wafting out the front door? I haven’t taken any of their food. But I have benefitted from their existence. What do I owe the cafe?

If you want to be really sensitive about it, I’m not sure you can actually do Street Photography. You could do Street Portraits, where you verbally ask each person for permission. But I don’t know if you can capture all those spontaneous moments of life that might only exist for one second. To capture those, I think you have to be at least a little bit presumptuous. While still doing your best not to be a jerk. Wherever that line might be.

The Golden Rule is a start, but not enough, since I’d be fine with photos of me where others might not be. Maybe The Non-Euclidean Golden Rule works better:

Respect others as you would have them respect you

I think in a lot of cases it comes down to permission. I’m not photographing people picking their noses, and I’m not photographing people having affairs. I hope and believe that almost all the photography on this website does no harm. What I think many people don’t like is having something taken from them without their permission. They don’t like being sniped by some stranger. But unlike Street Portraits, the spontaneous moments of the street don’t allow time for asking permission, do they? Well, very often they don’t. But sometimes there is a middle ground between formal, verbal permission, and just shooting.

Do I know you?

I’ve heard Alexandra Roxo speak about dating and posture, and no doubt, posture, breath, and other factors might influence how often strangers say yes or no to your verbal request to take a Street Portrait.

Sometimes you can also use your presence, posture, and eye-contact, to obtain a sort of non-verbal permission. Many people don’t mind being photographed if they know you. And by “know you”, I don’t mean “friends,” I just mean that you’re not a faceless lens hunting them. Sometimes just making a quarter-second of eye contact, smiling, and then lifting your camera for a photo, can constitute non-verbal permission for many people. For many, that’s enough to make you not a stranger-sniper, but an actual human being co-inhabiting this ephemeral time and place, and you taking a picture is often fine then. 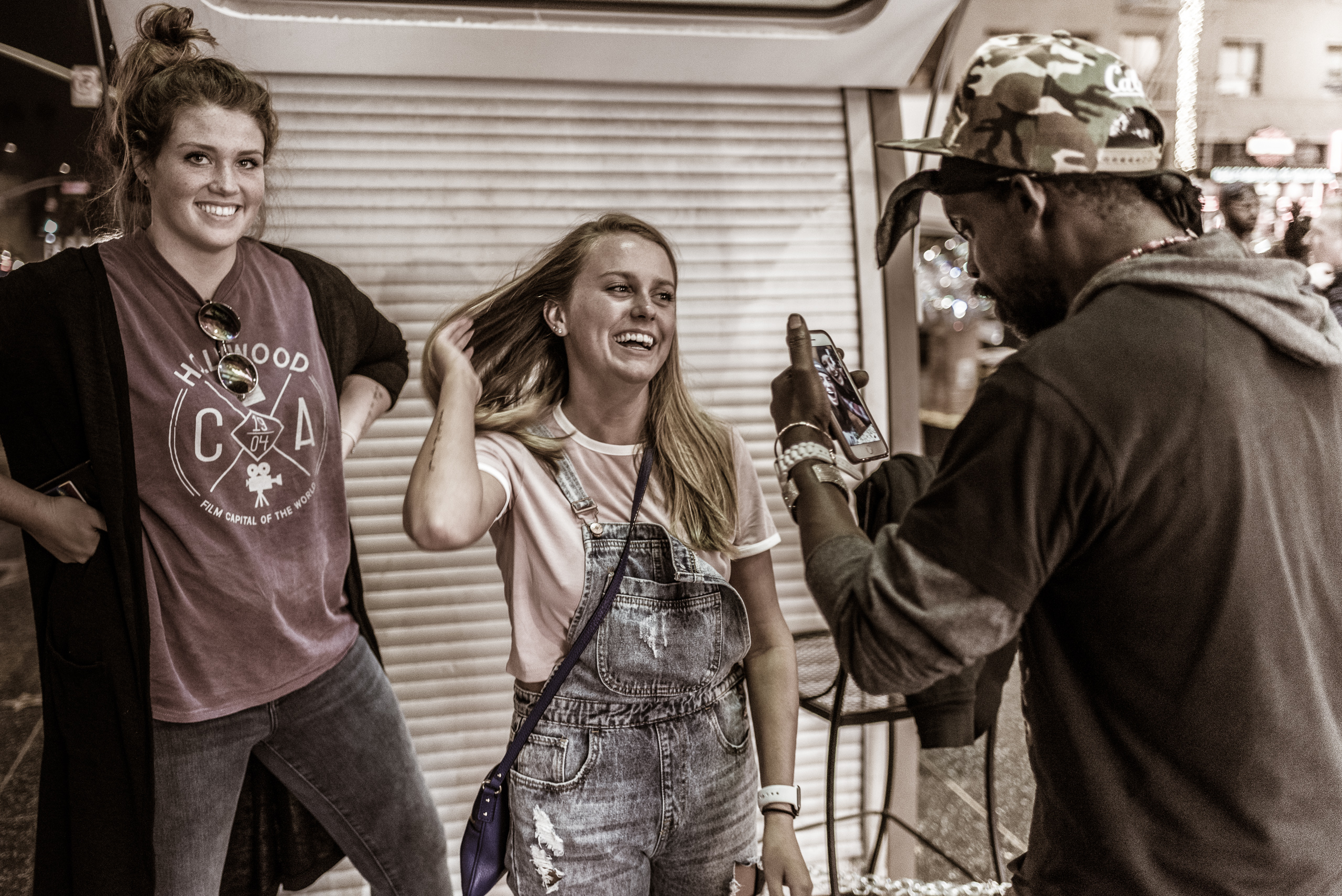 Show me your selfie

One thought on “Street Photography Ethics”