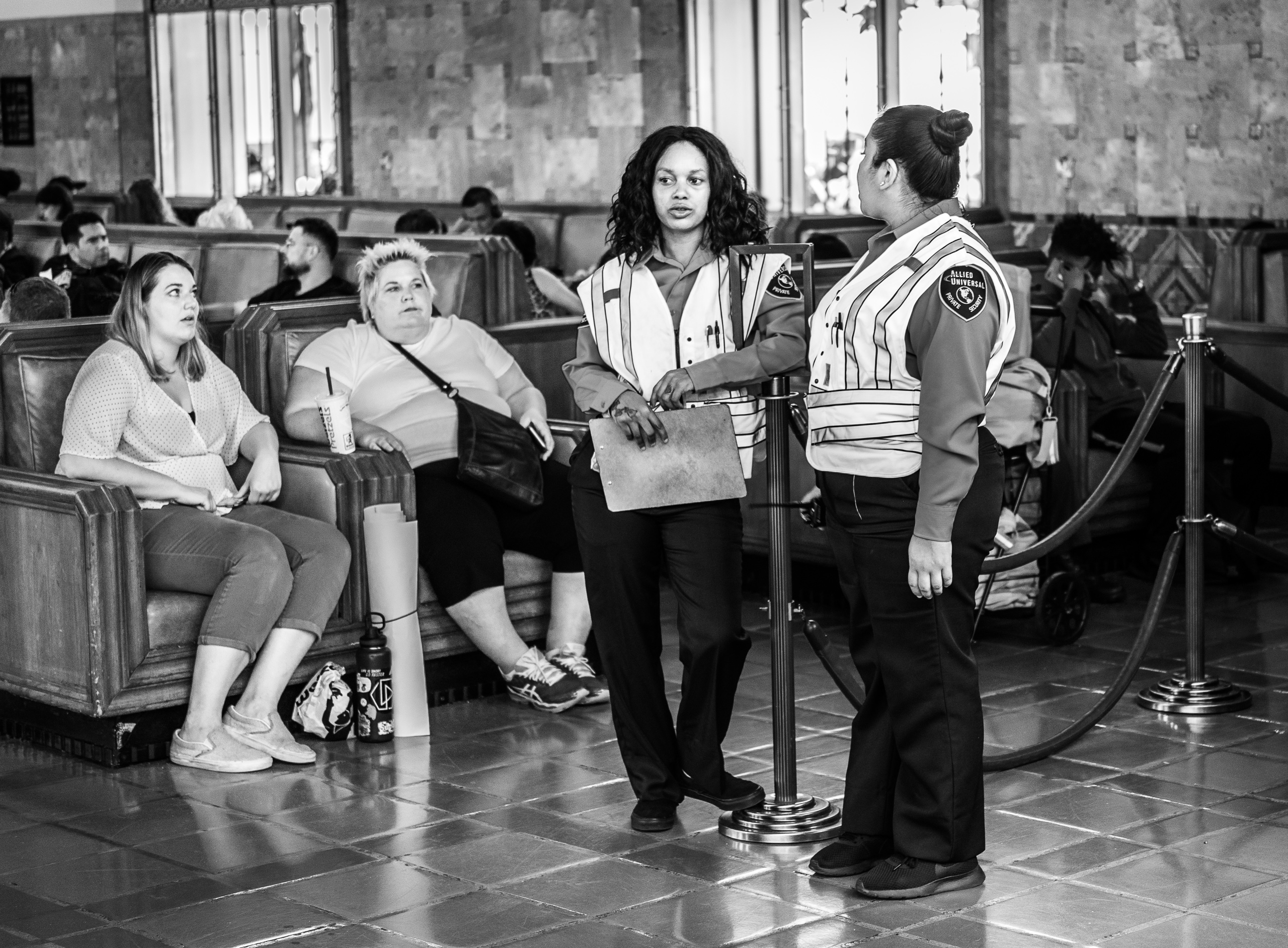 Instead of spending money to provide seating, Union Station spends money on security guards to make sure that the public has nowhere to sit. The very few seats at Union Station are all in gated spaces. If you are affluent enough to afford a pricey Union Station restaurant, then they have seats for you. These security guards are in place to keep people out of the seats.

then you are not allowed to sit anywhere, ever at Union Station. These seats being guarded above can only be sat in by Train ticket holders and only if it is less than 2 hours till your departure time.

The couple below just bought sandwiches at the Subway concession at Union Station. They are sitting on the piano bench because they discovered that there are no other seats at Union Station. Not surprisingly, a moment after I snapped this image a security guard came by and told them that they are not allowed to sit on the bench to eat the food they bought at Union Station. 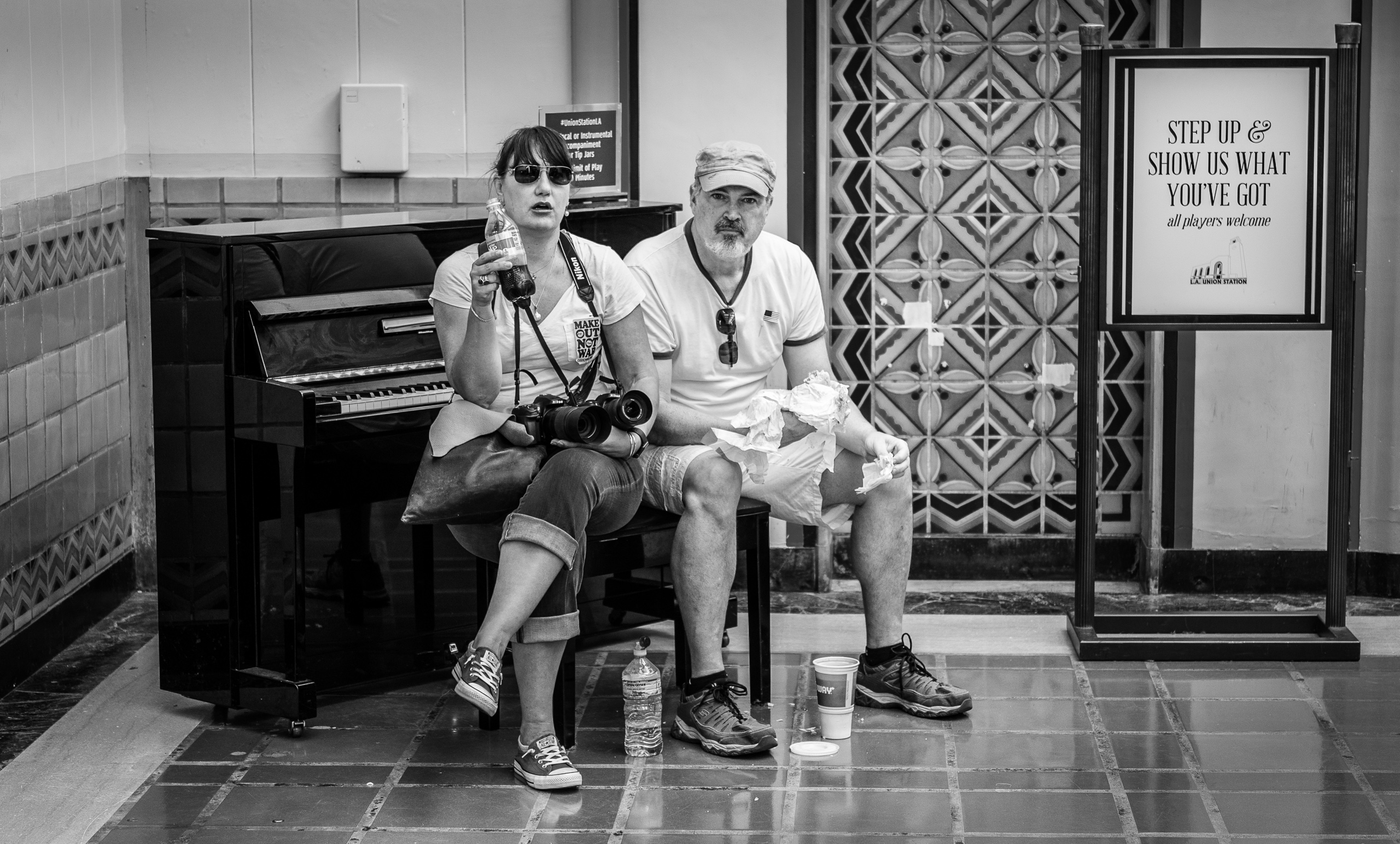