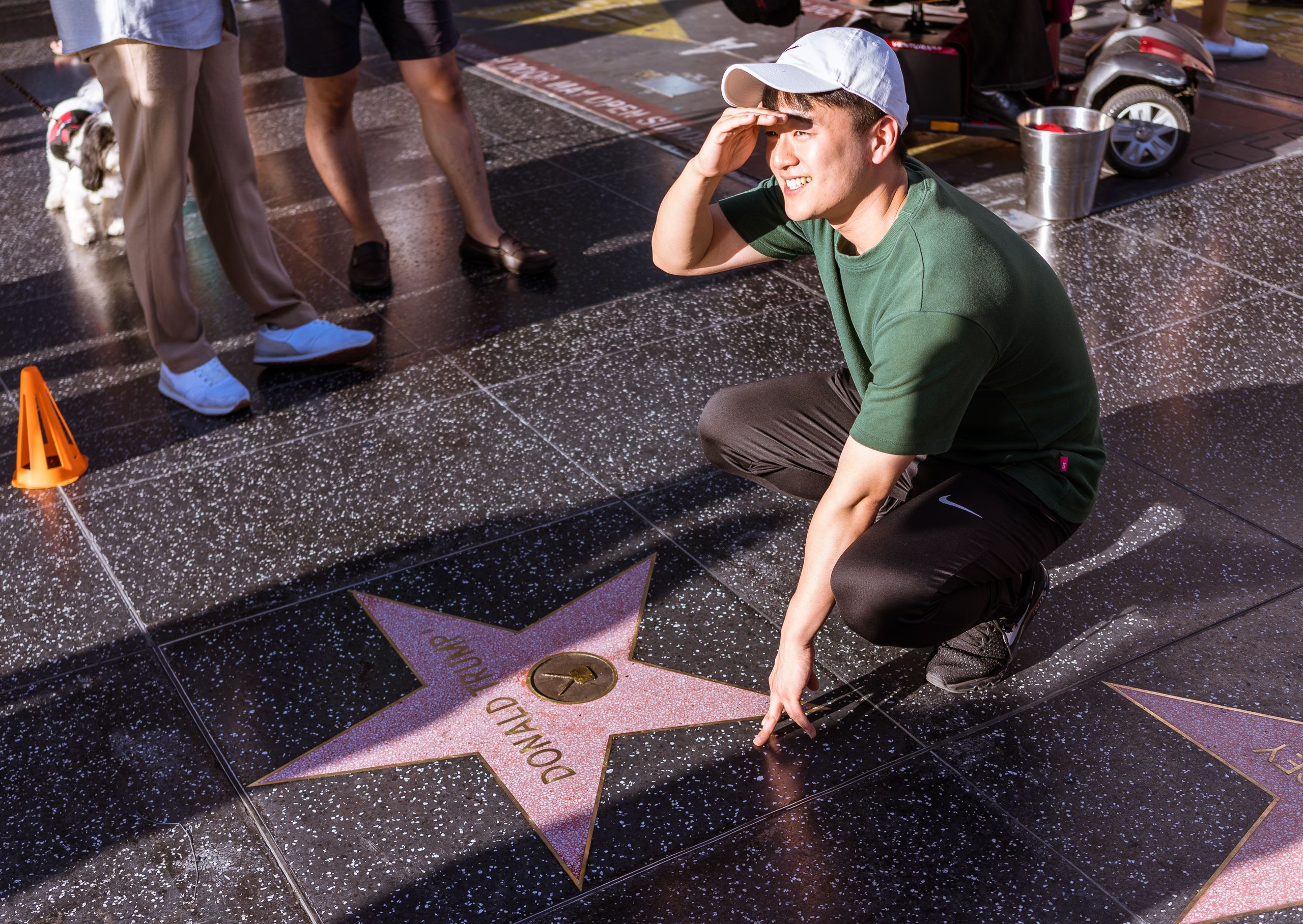 Return of the Trump Star

Donald Trump’s Star on Hollywood Blvd has been “destroyed” 2 times, and “vandalized” many times. That I know of, it’s been replaced at least 3 times, the 2 destructions and one of the vandalisms that took chunks out of the star.

The first replacement was before I started visiting the Star. The 2nd one that I know of was in late February before this year’s Academy Awards. The Star was repaired, and then wound up being mostly covered by the Academy Awards “Red Carpet” for 2 weeks of Oscar preparation and production. After the telecast the new star was revealed.

This time the star, destroyed in the early hours of 25 July, was covered for 6 weeks. Two sheets of plywood covered the star and were held in place by 14 screws into the sidewalk. That plywood was surrounded by 4 barricades that were held together by ty-raps and later copious amounts of duct tape.

The last time I was here, 2 September, the plywood was still covering the star, but the 4 barricades had been moved to the curb. It wasn’t clear if they had been officially moved, or of they’d been citizen moved. I expected the plywood to still be in place tonight and the Purple Party event to take place at the plywood site.

When I arrived I saw that after 6 weeks of cooling off time, the Hollywood Chamber had finally revealed the Star once more. It was shiny and bright for tonight’s ceremony. 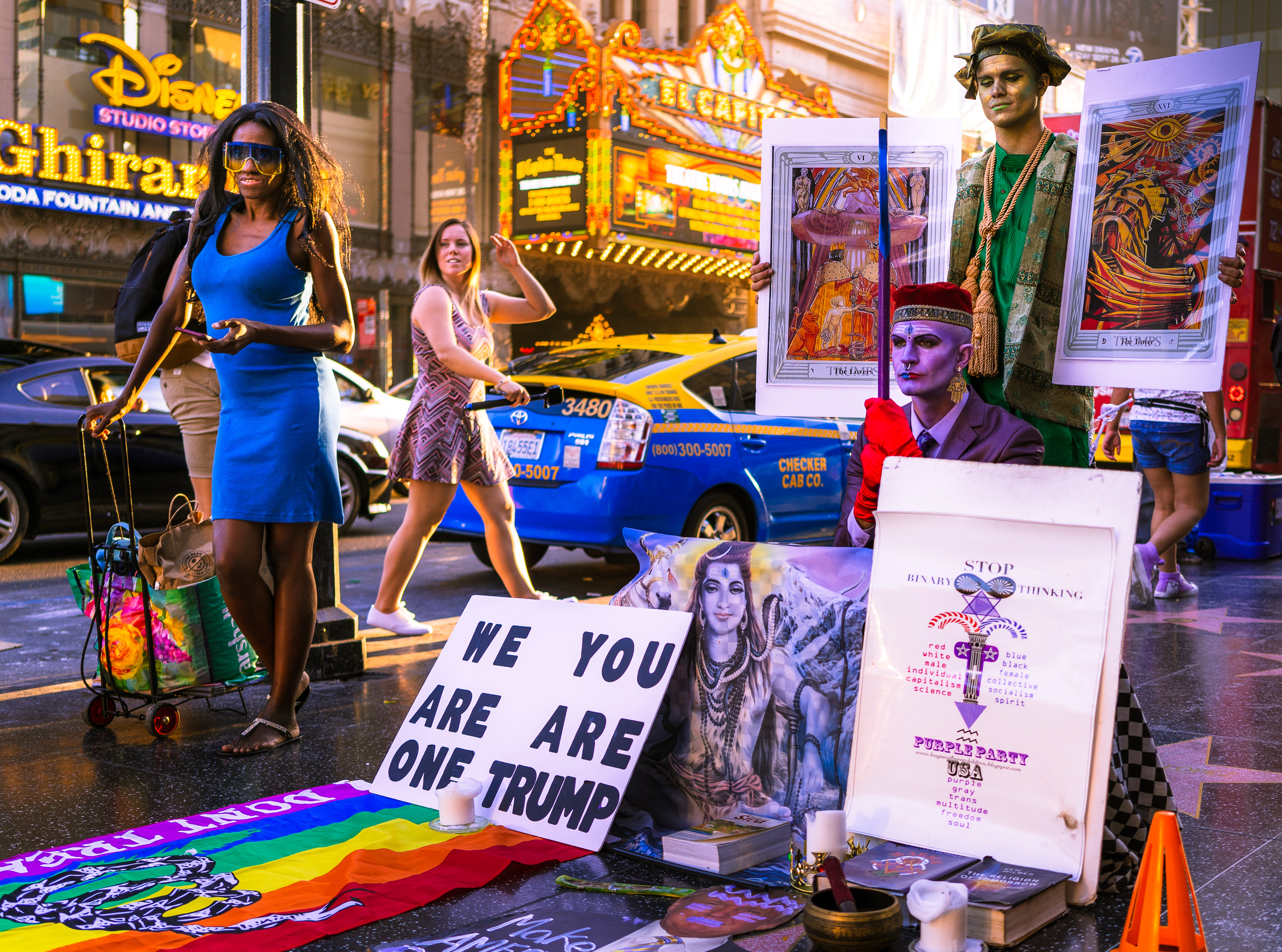 WE ARE ONE. YOU ARE TRUMP.

Next Waning Crescent Moon we will own our own collective Shadow (our own racism, sexism, misogyny, xenophobia, etc.), chant the NIRVANA SHATAKAM and practice the so-called 3-2-1-0 Shadow Work Method as outlined in Ken Wilber’s new book THE RELIGION OF TOMORROW (with individual clients diagnosed with undeniable Trump Trauma utilizing our custom made New Atlantean Trump Effigy) in an attempt to change the Other by radically expanding our sense of Self and unite RED+BLUE, BLACK+WHITE, MALE+FEMALE, INDIVIDUAL+COLLECTIVE, CAPITALISM+SOCIALISM, SCIENCE+SPIRIT in order to avert the second coming of the American Civil War.

The Purple Man will also be conducting both averse and inverse Pentagram Rituals along the way. 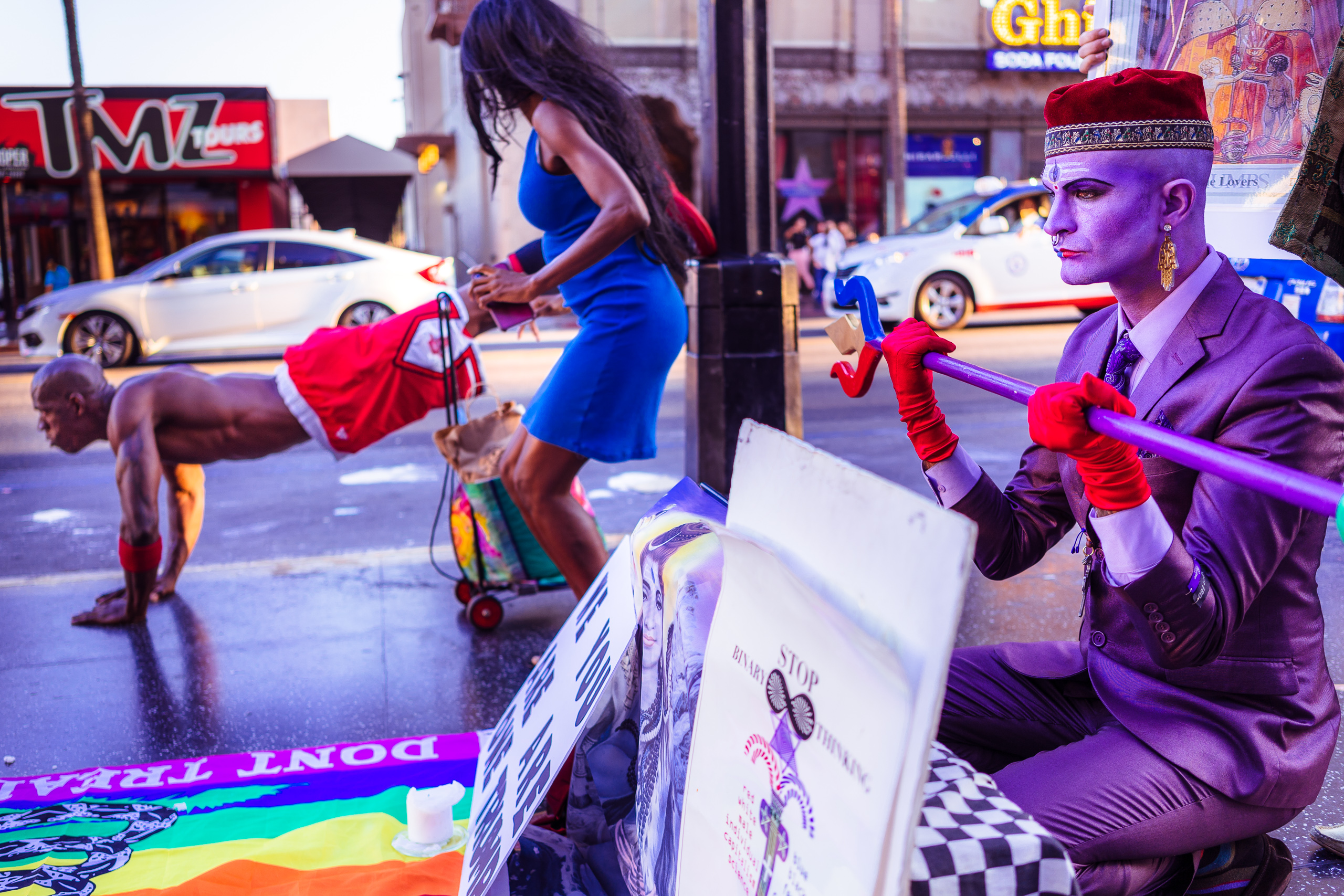 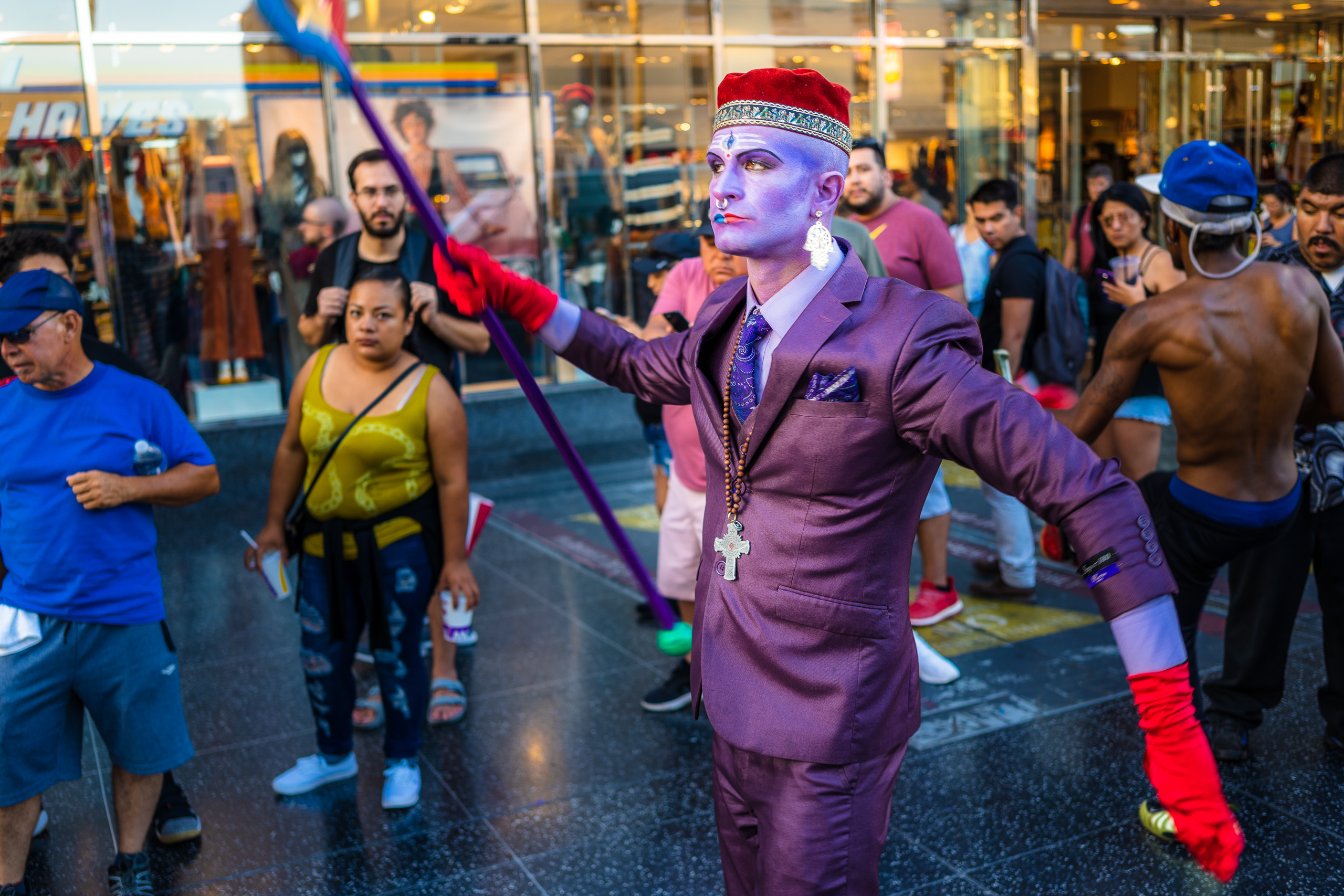 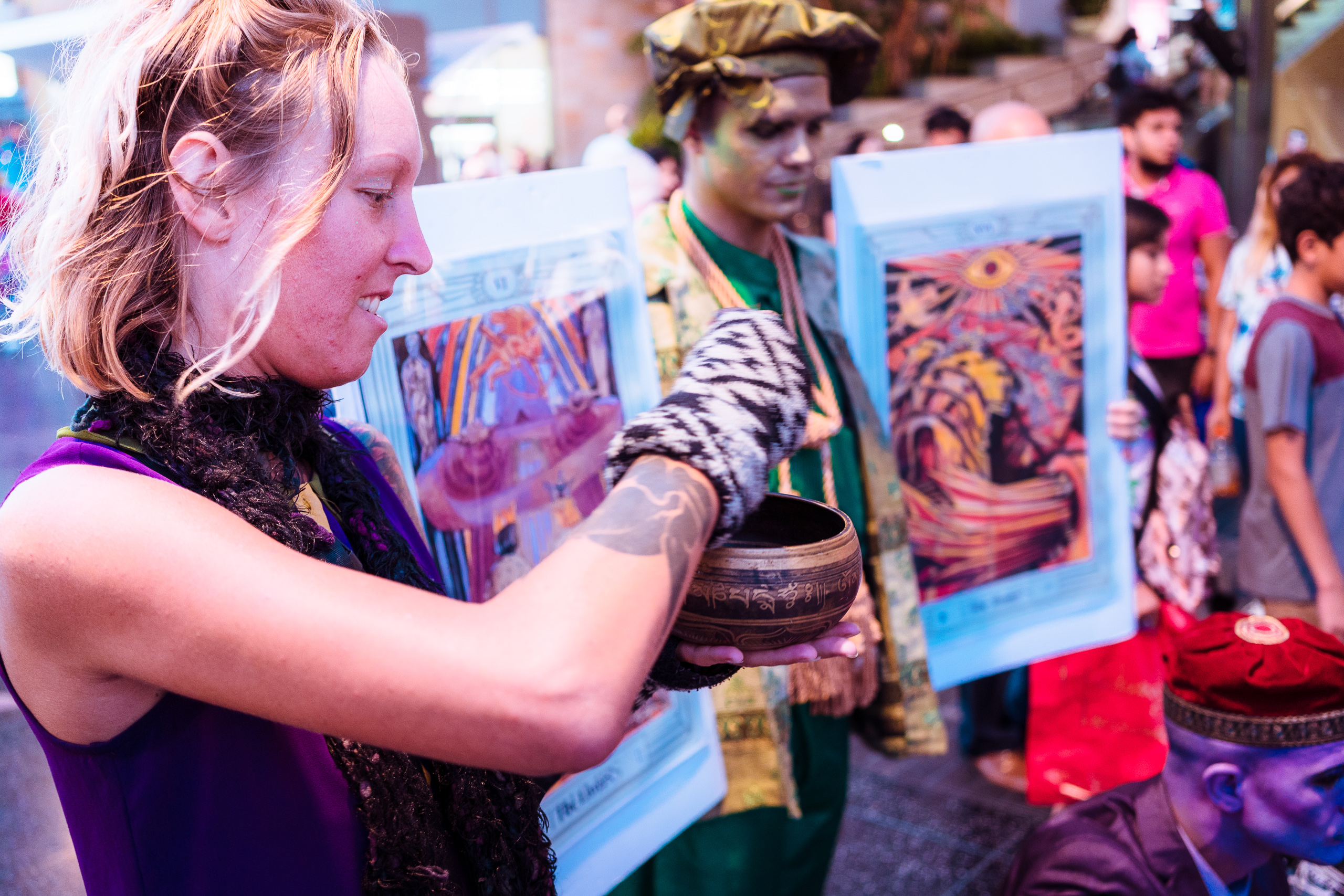 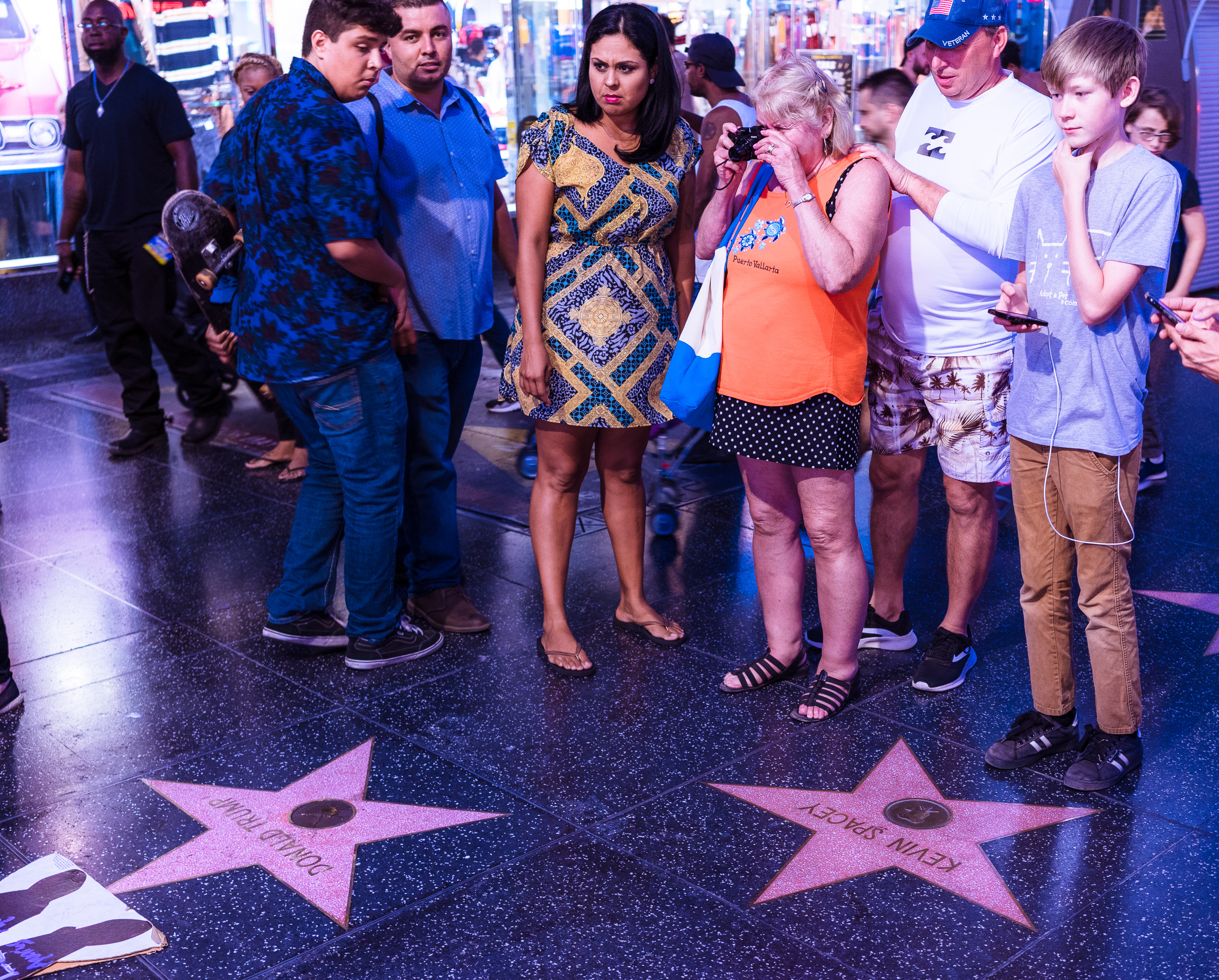 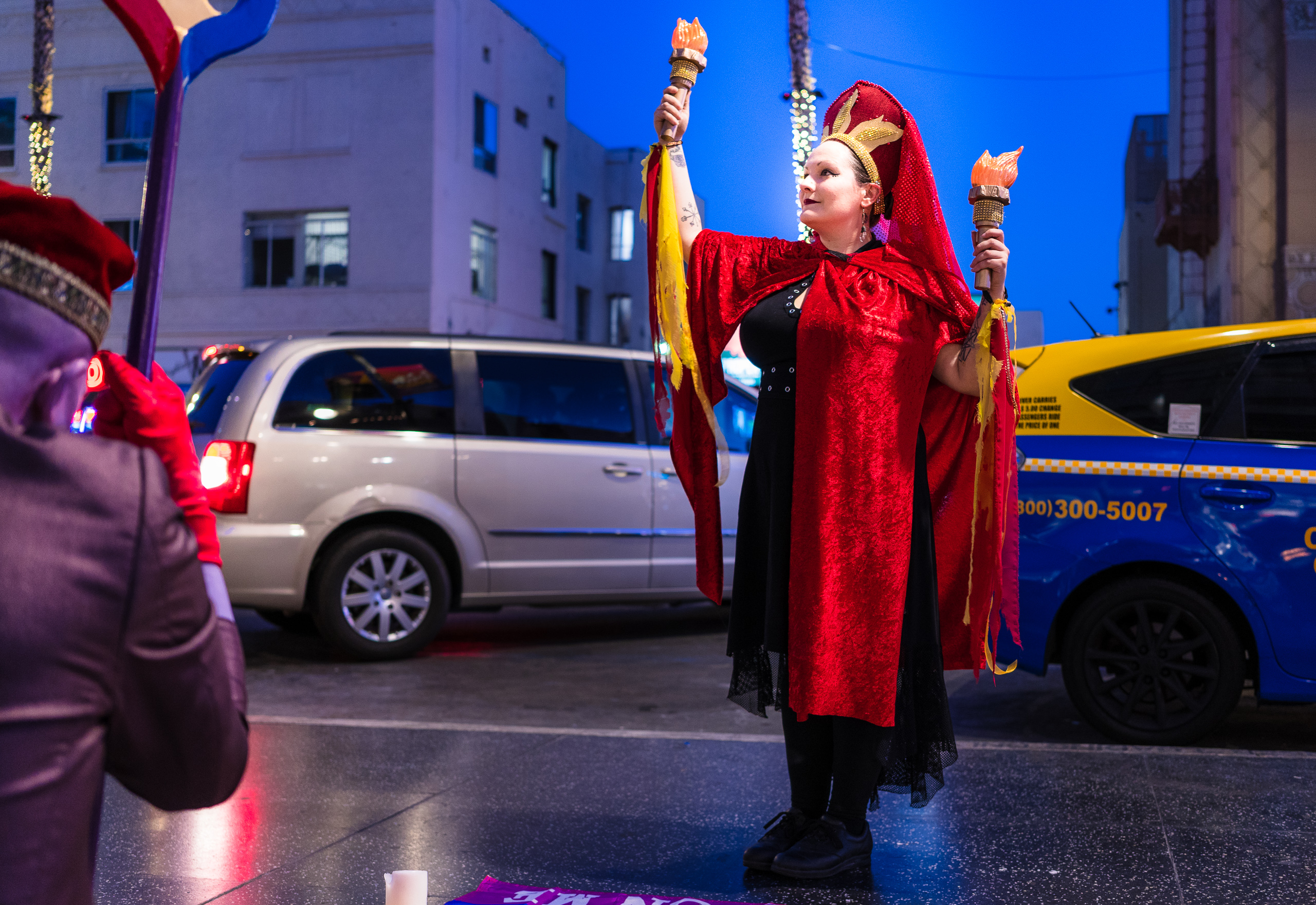 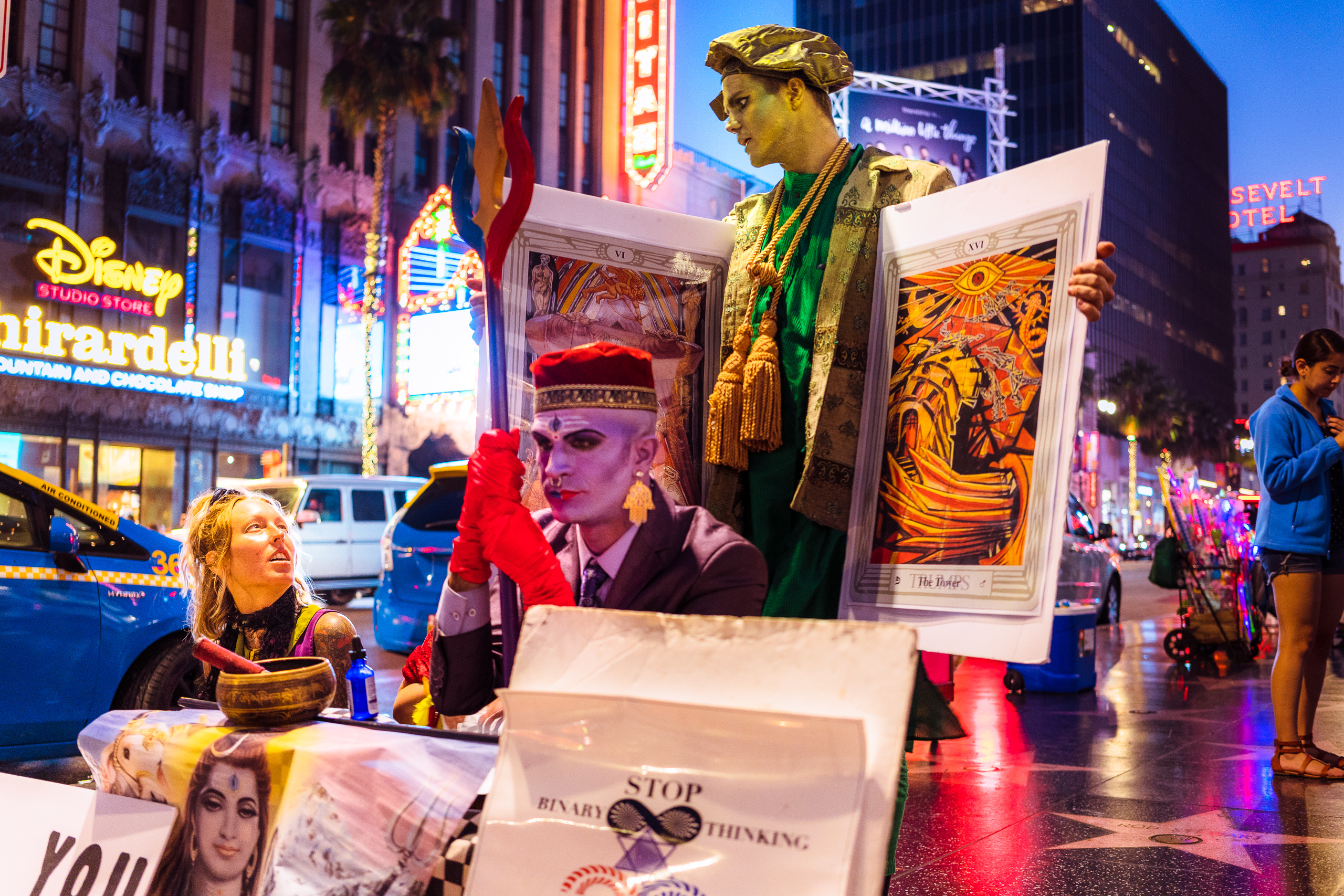 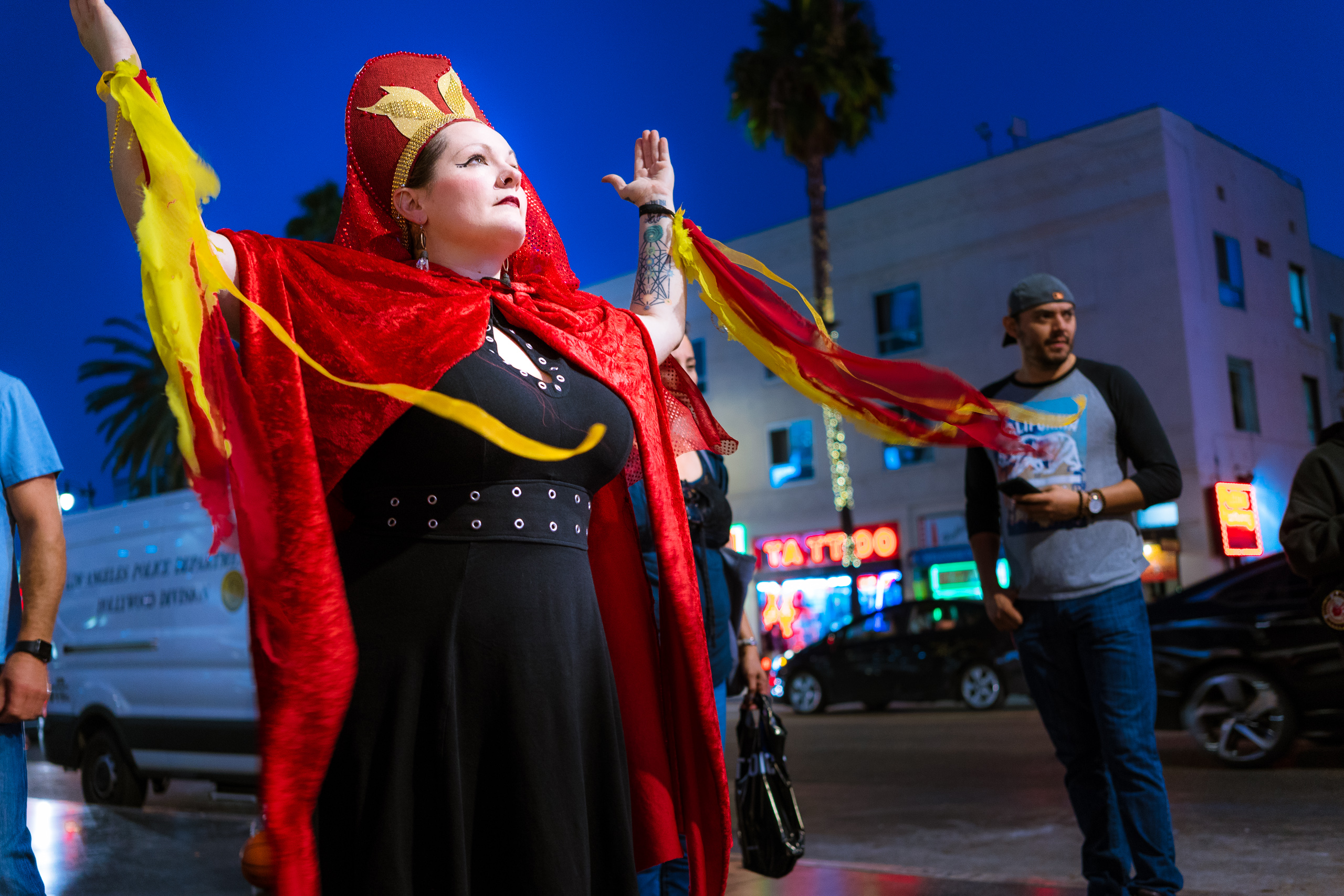 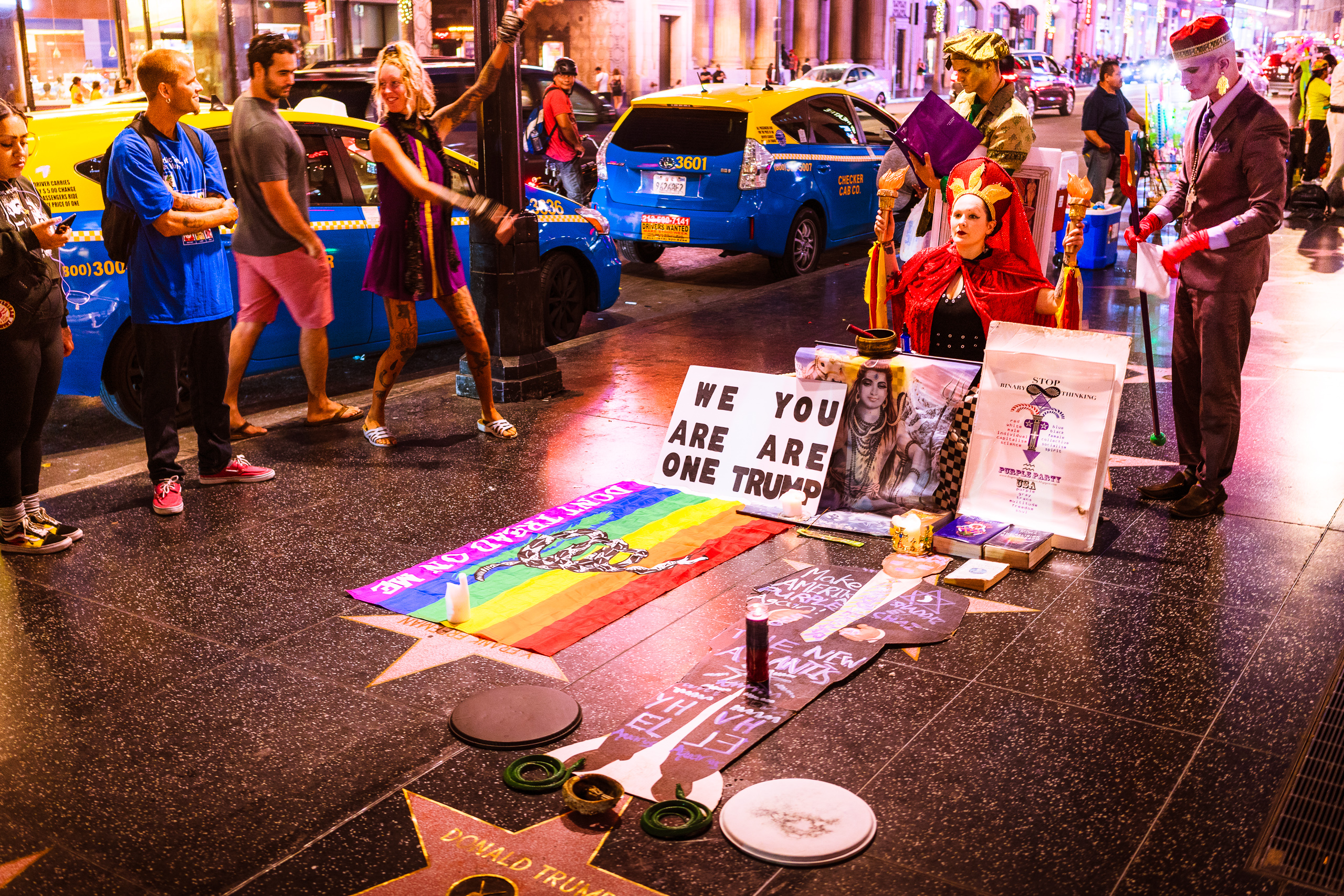 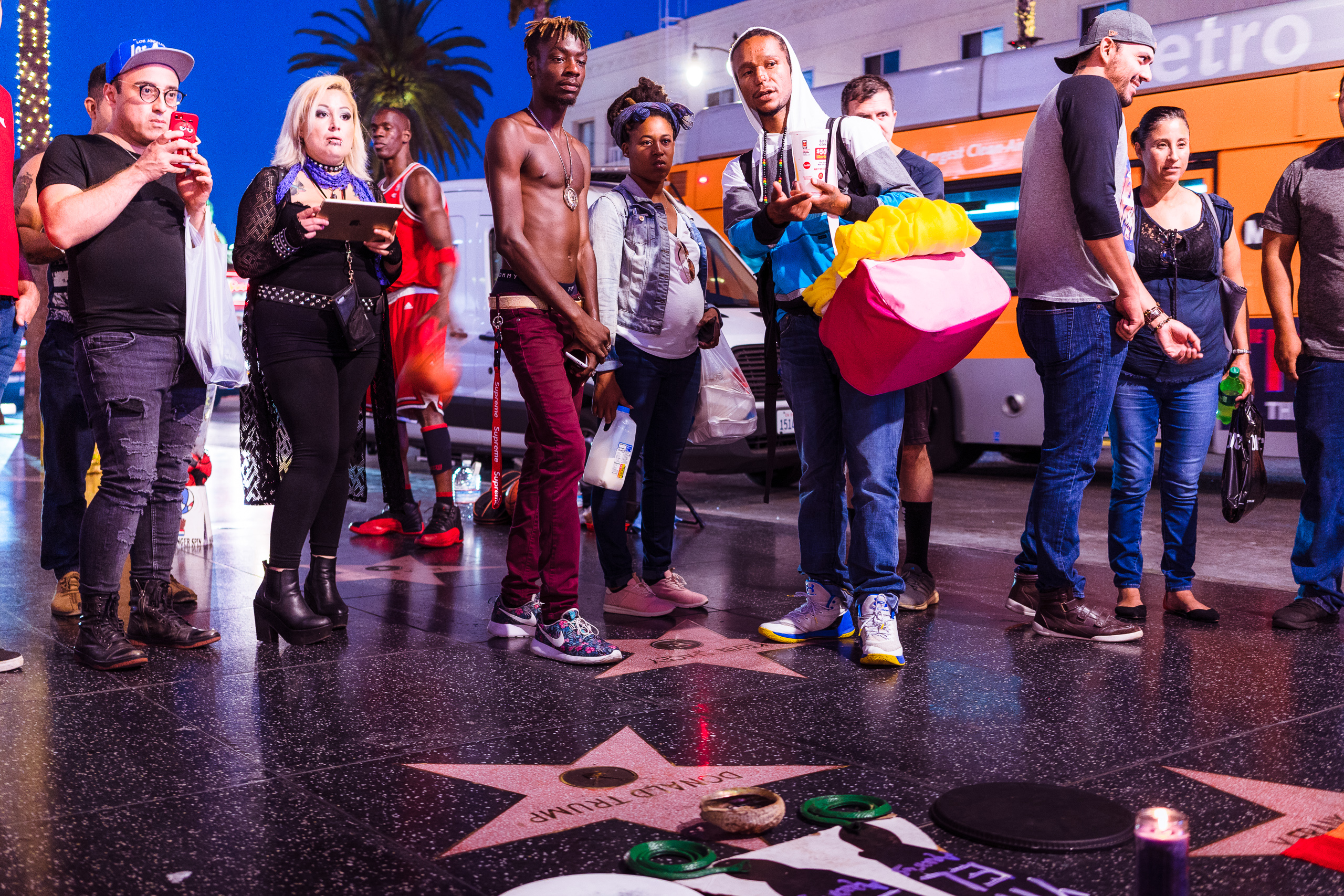 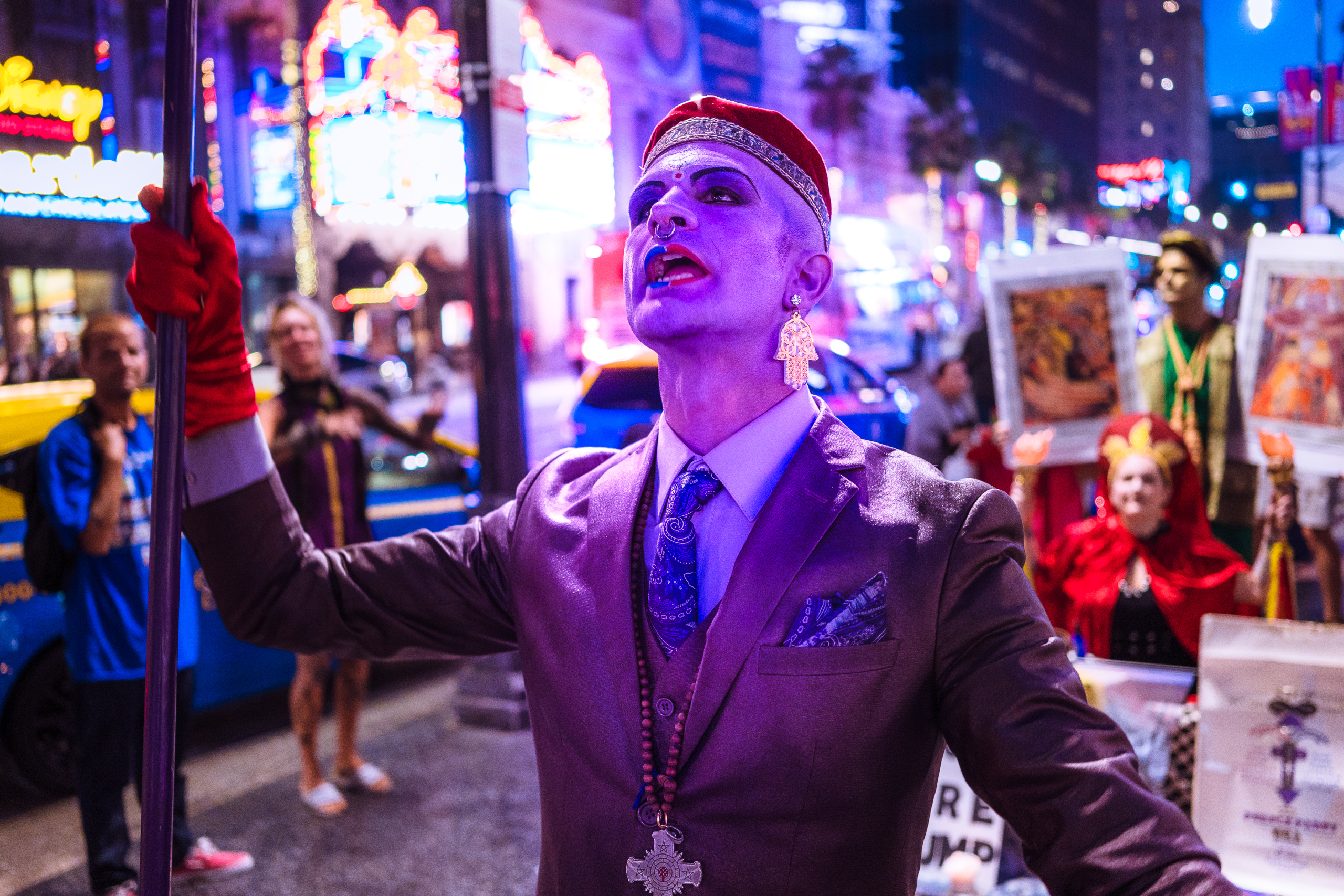 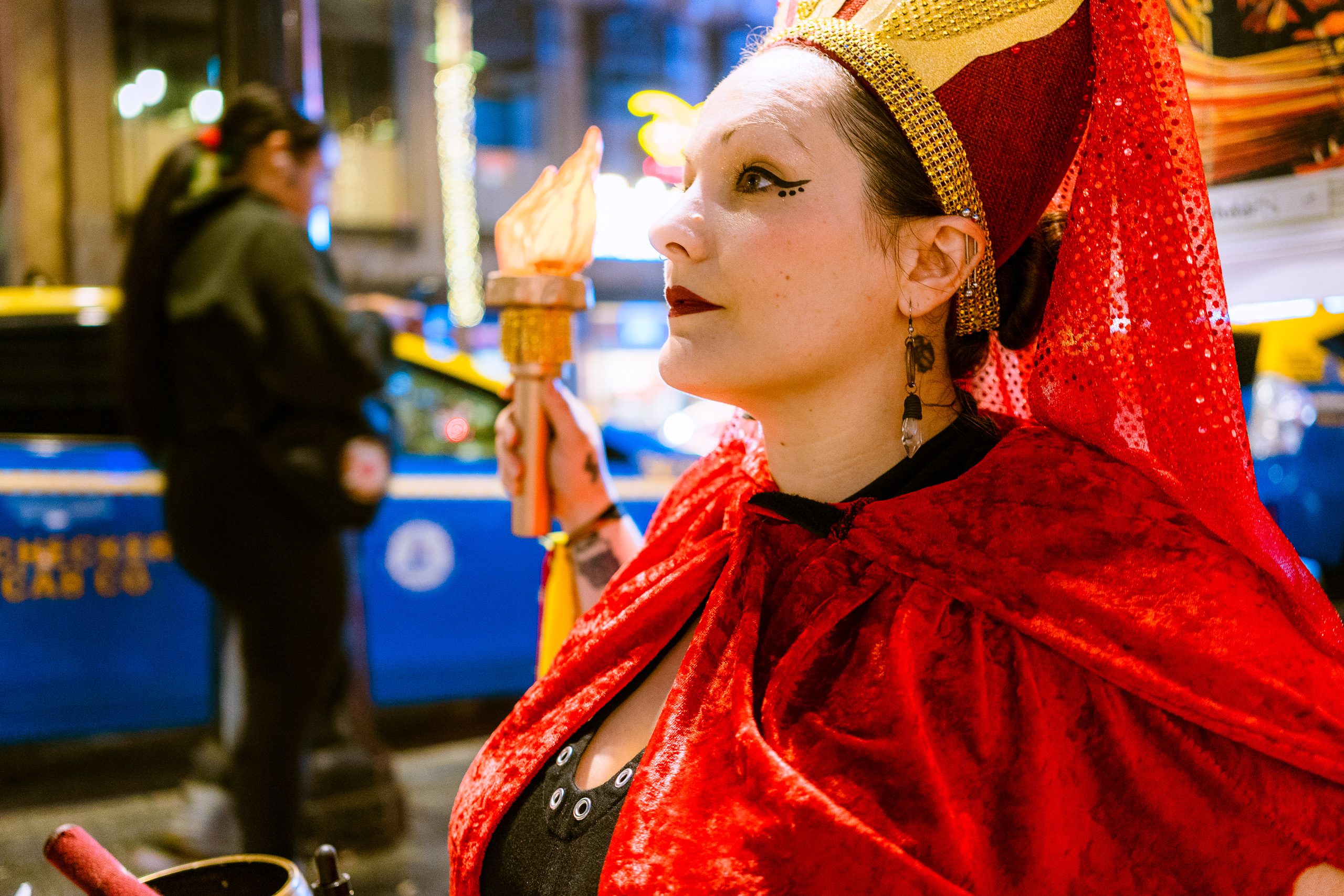 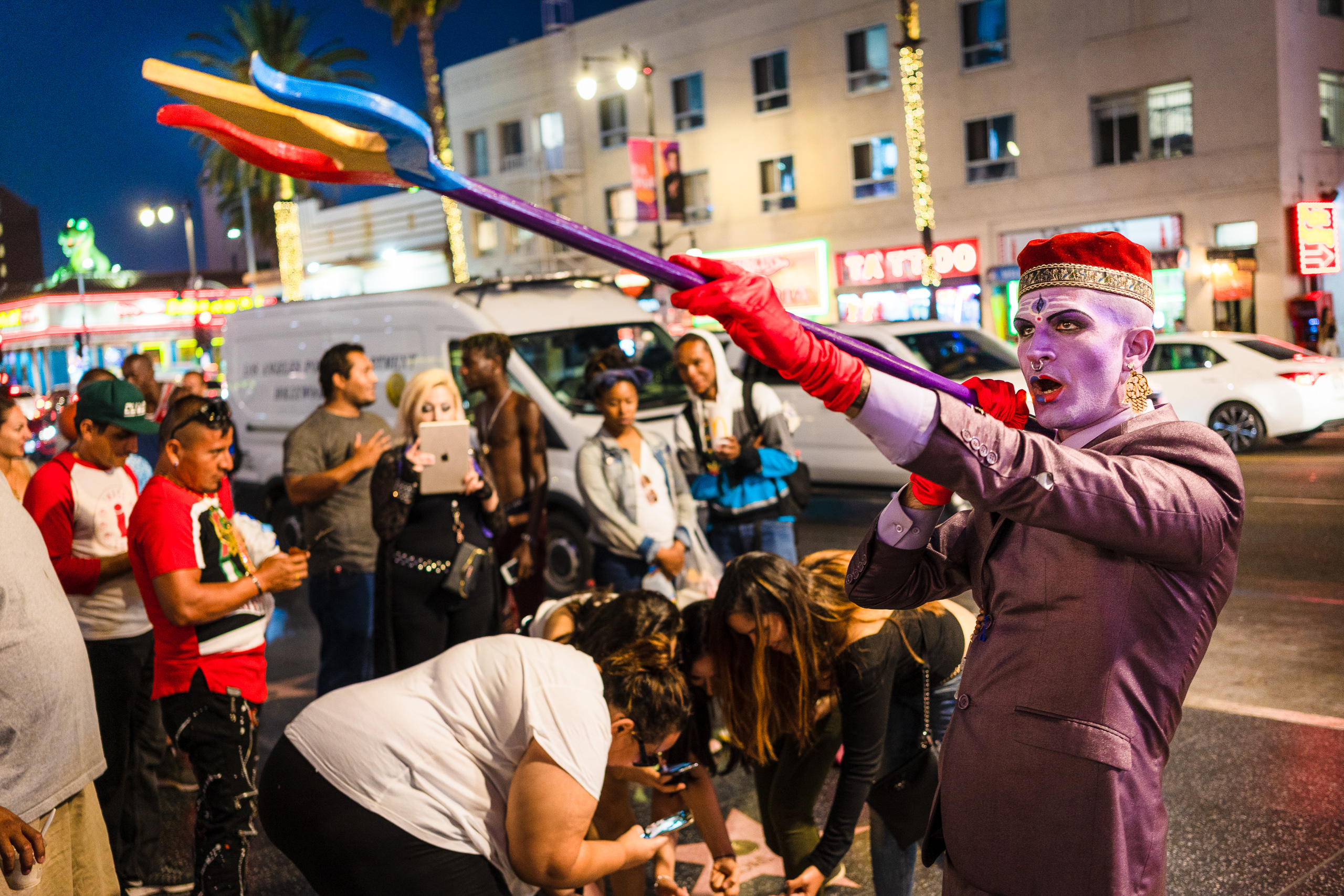 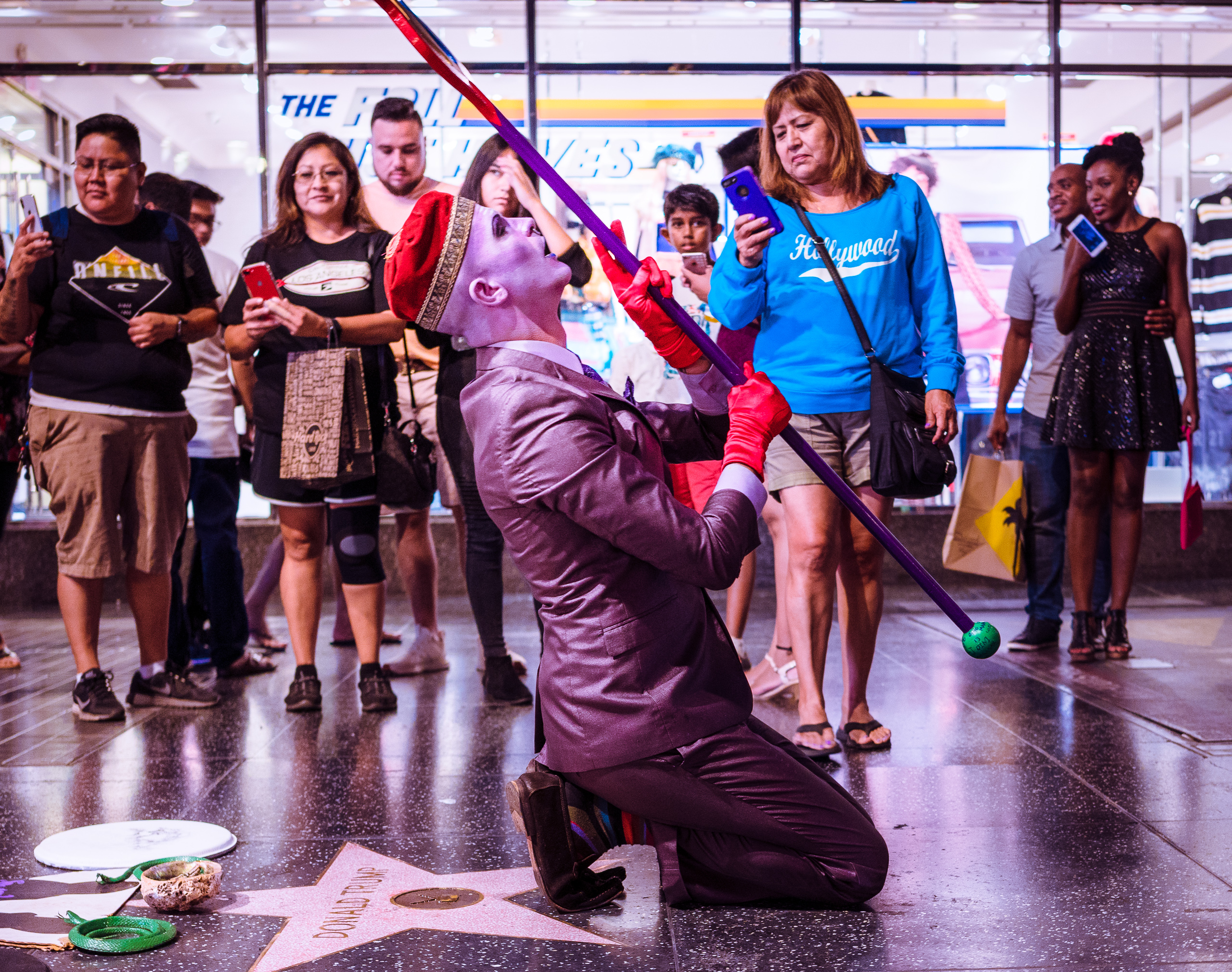 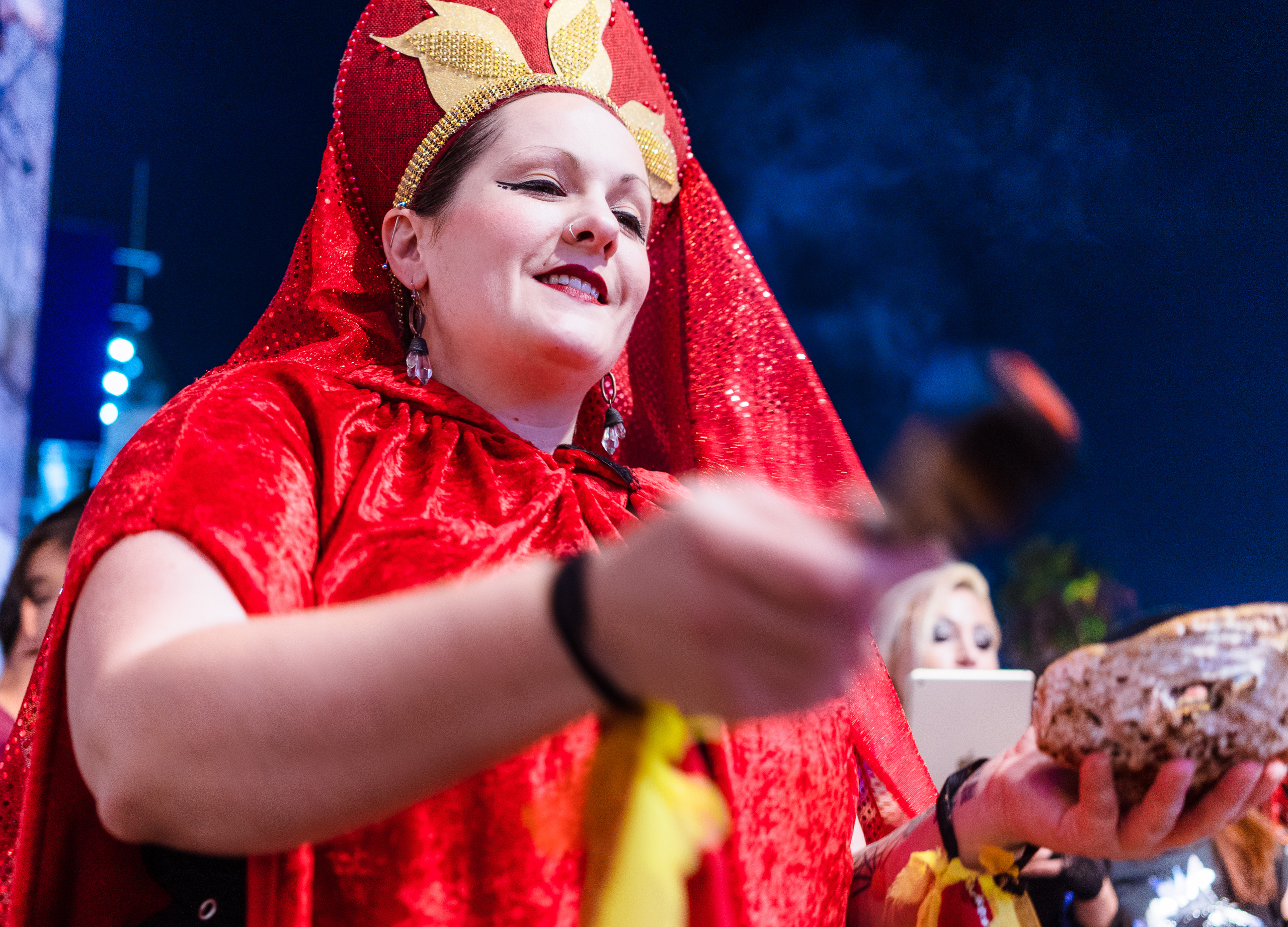 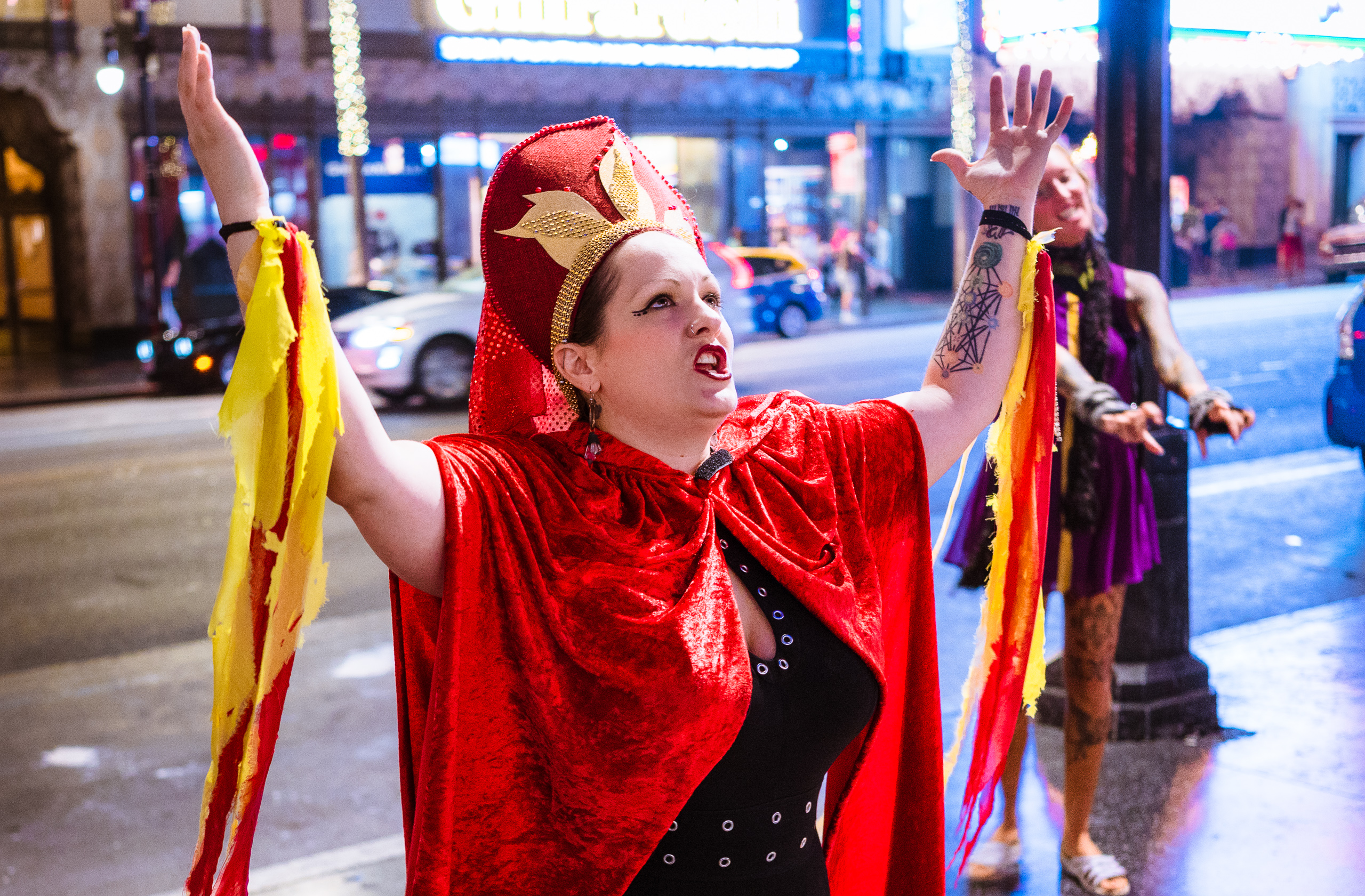 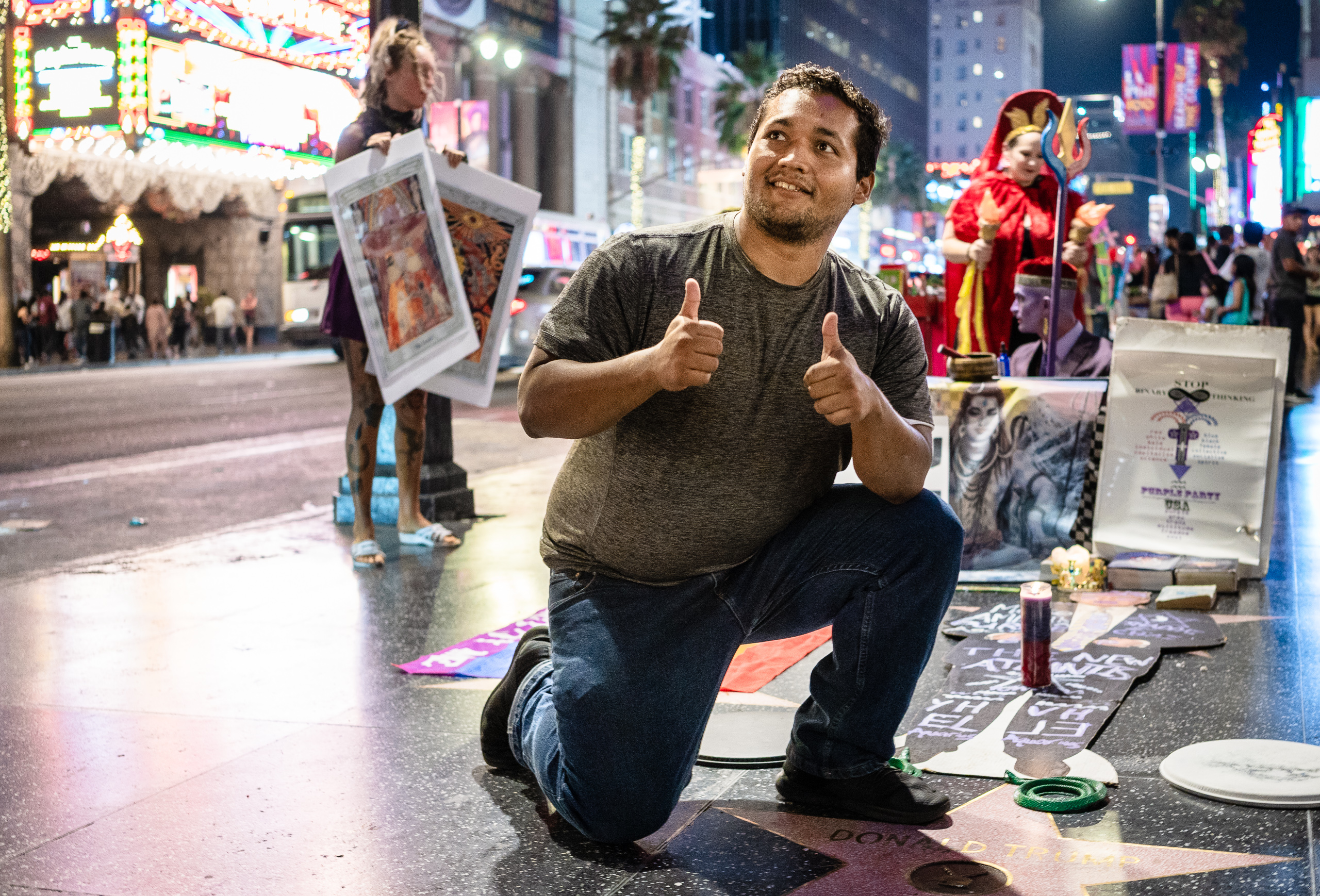 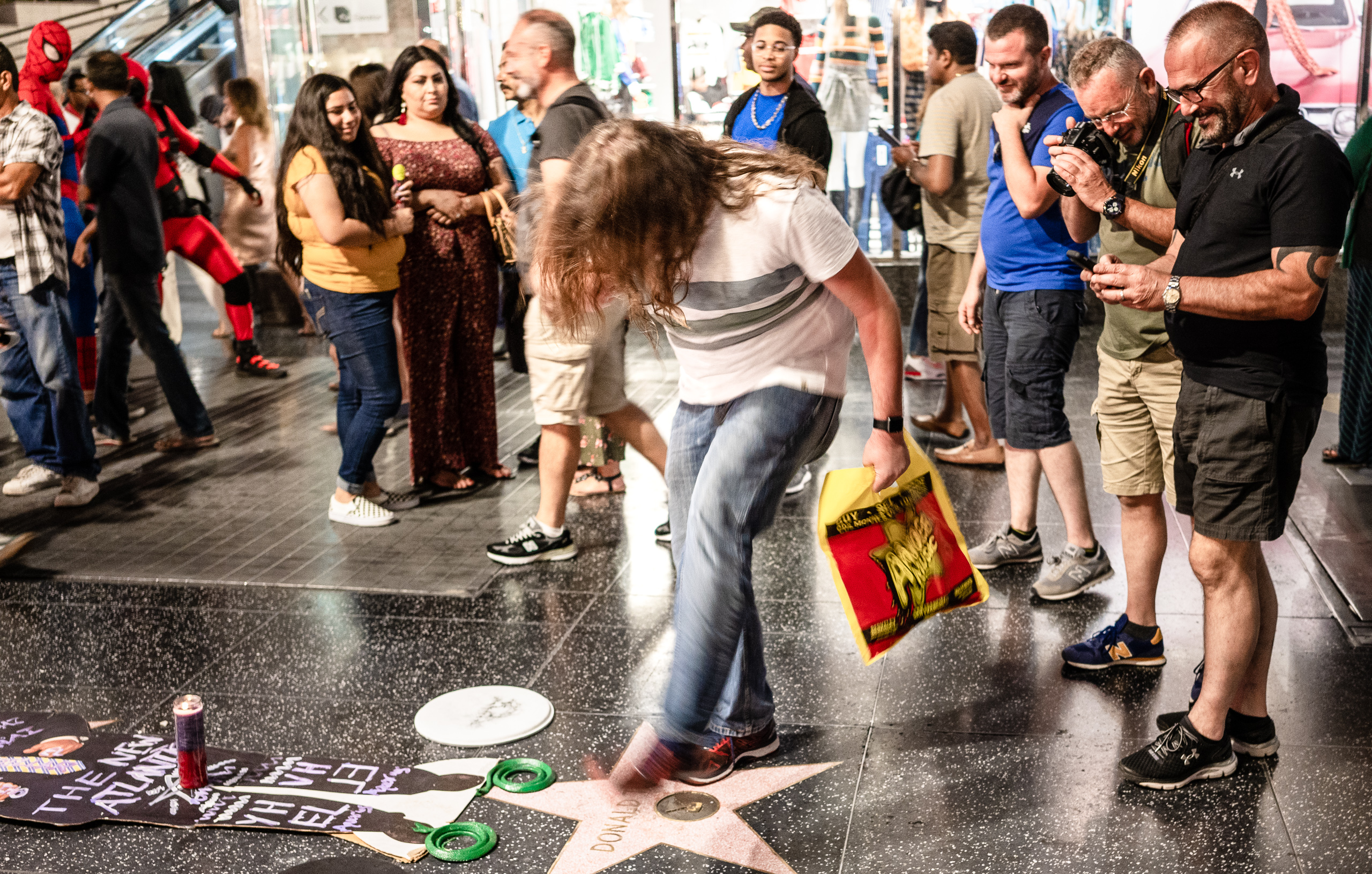 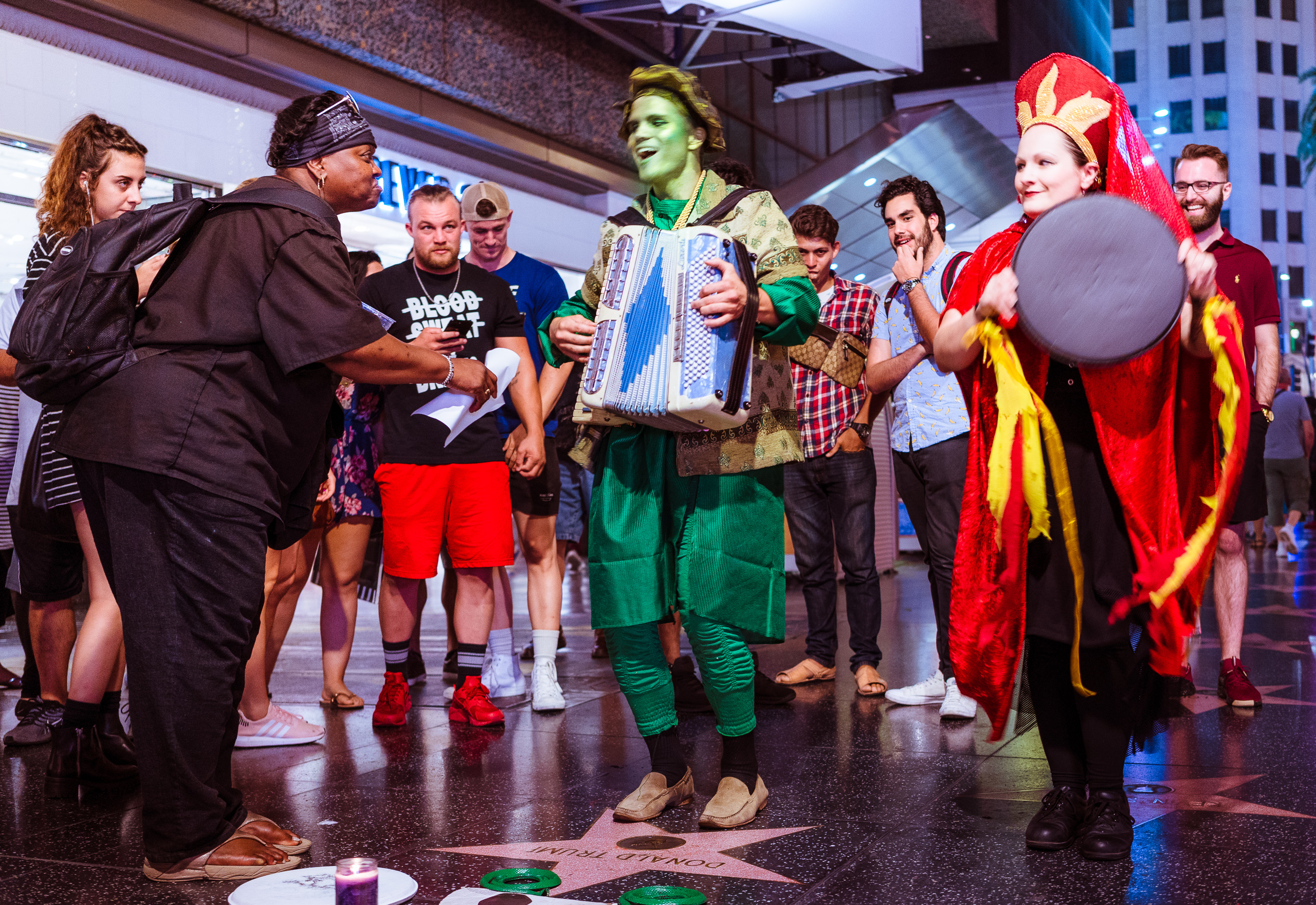 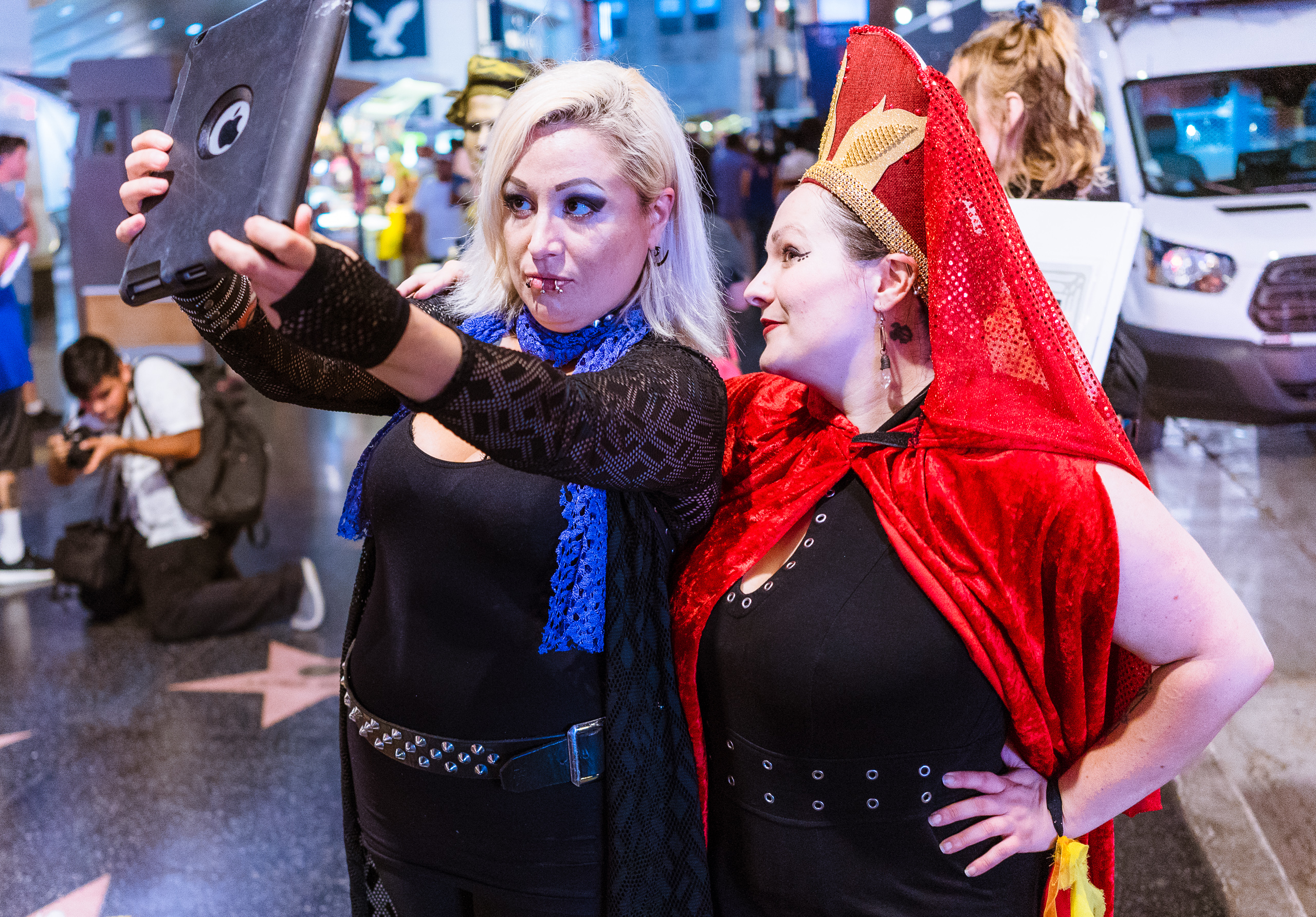 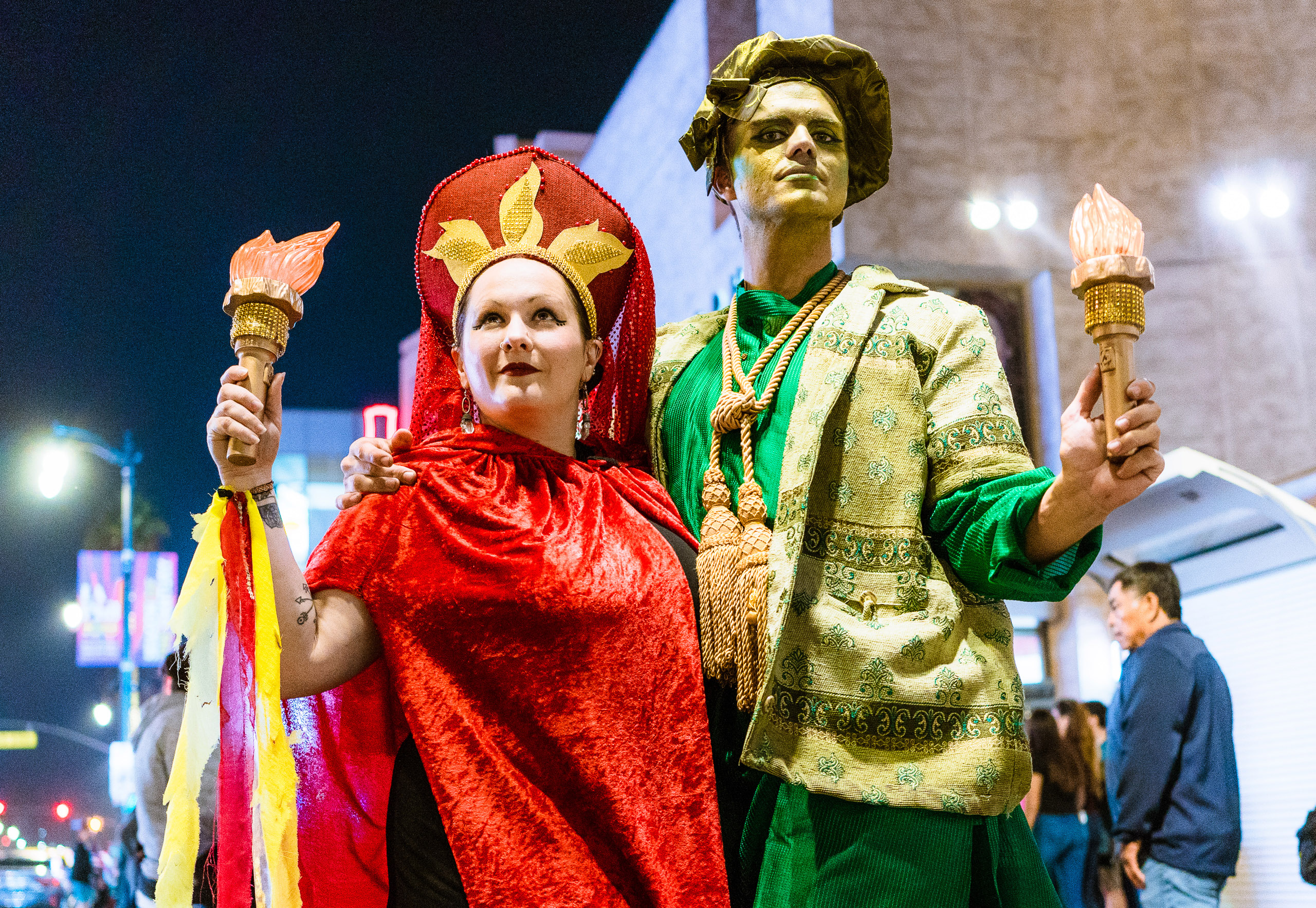 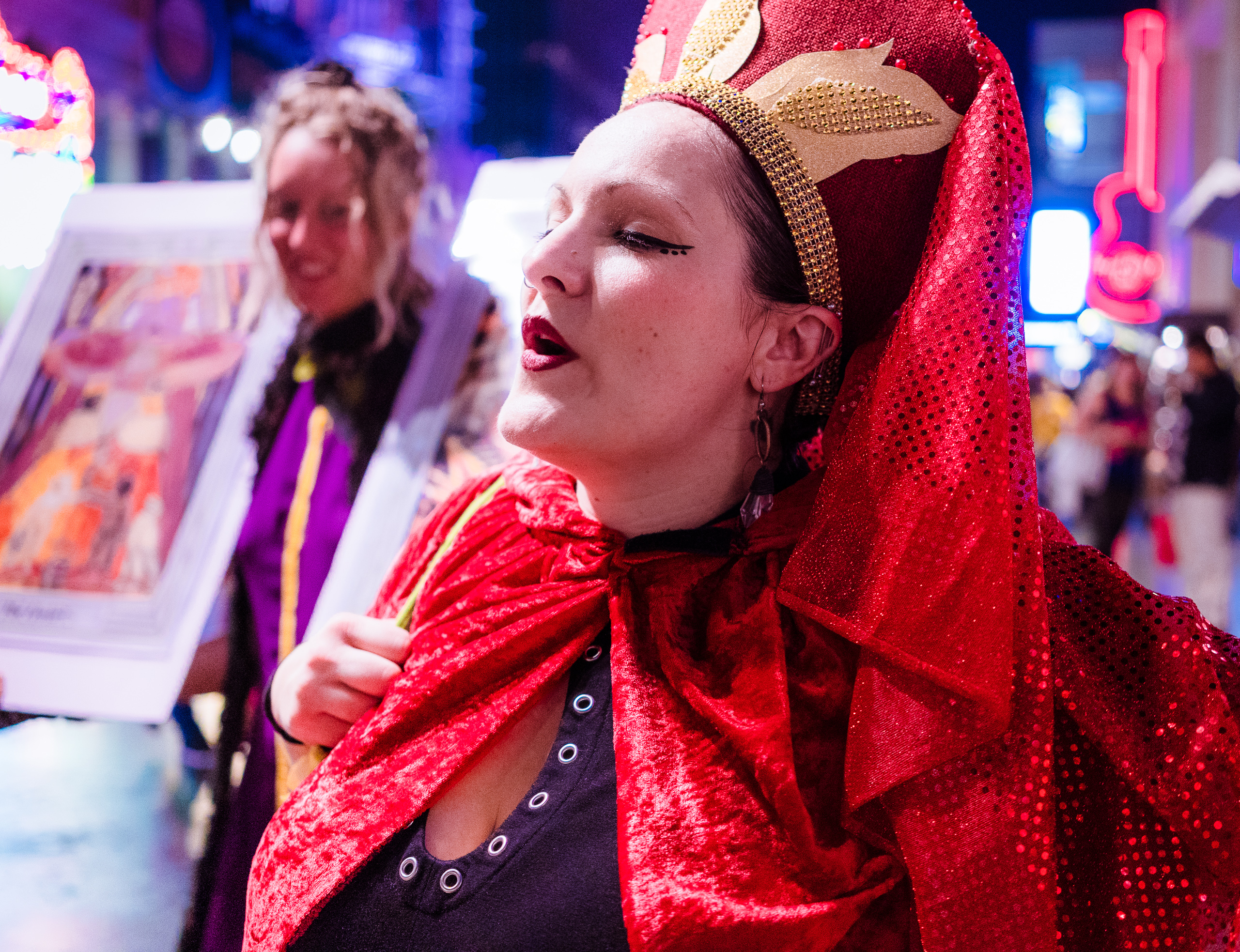 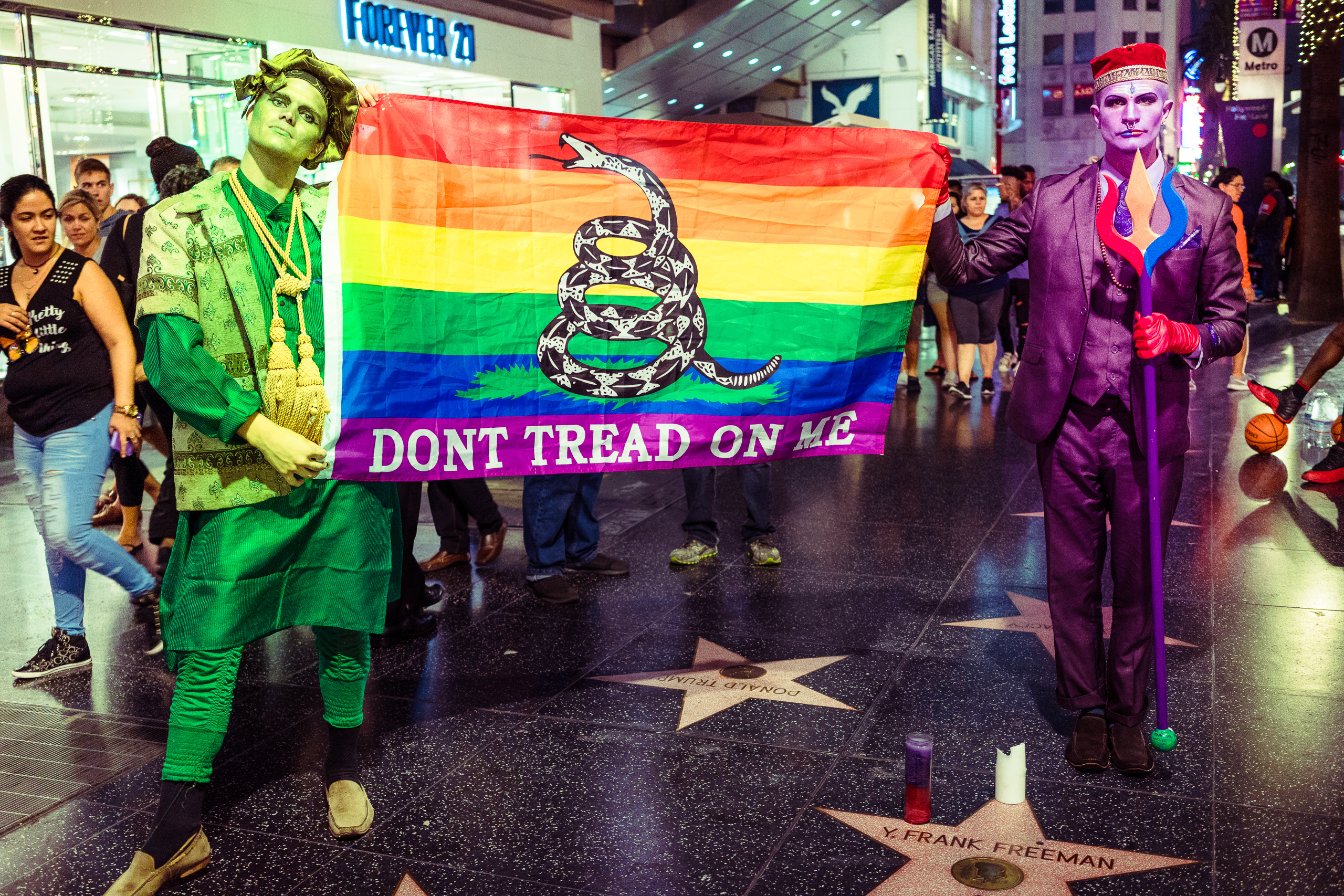 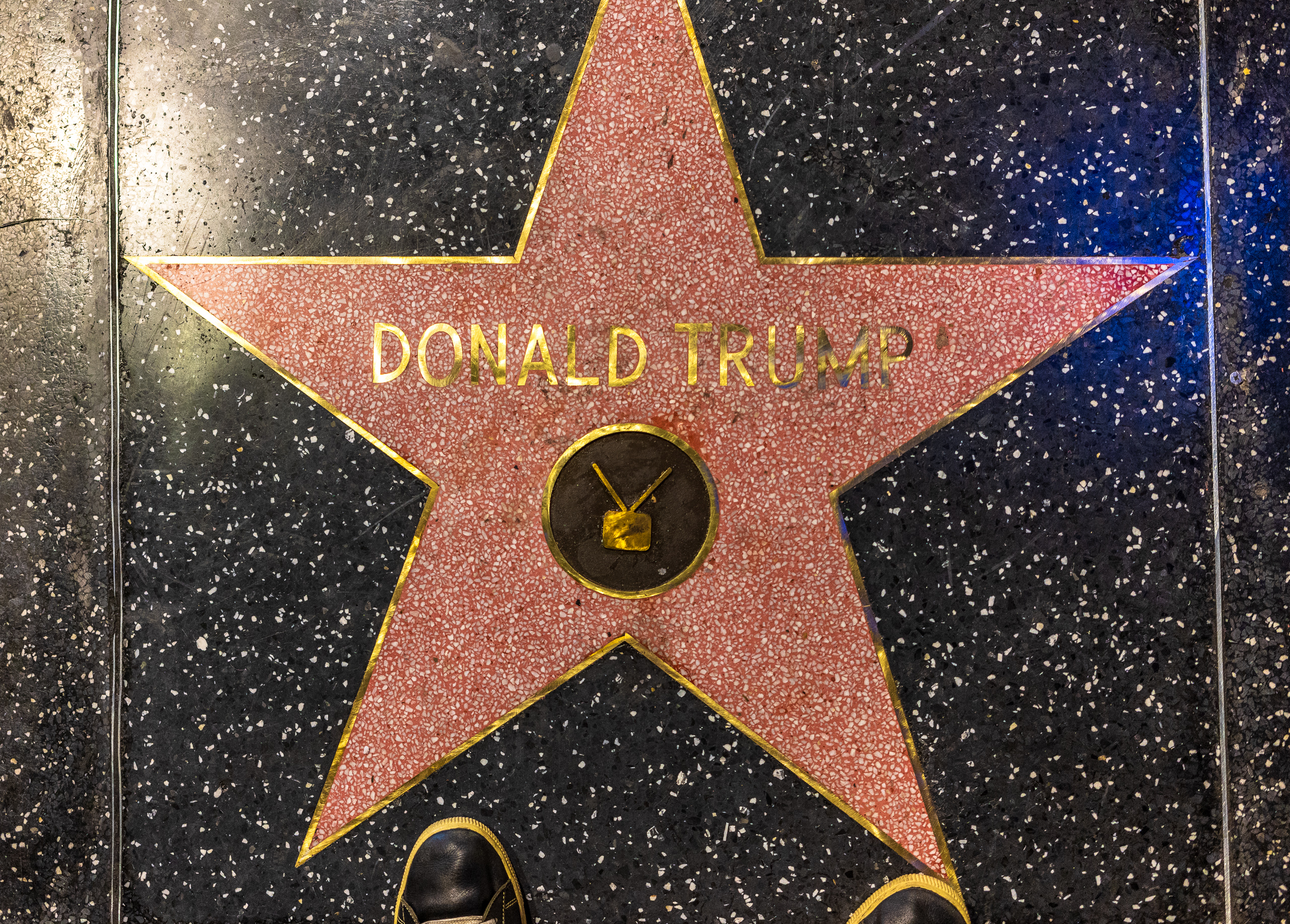