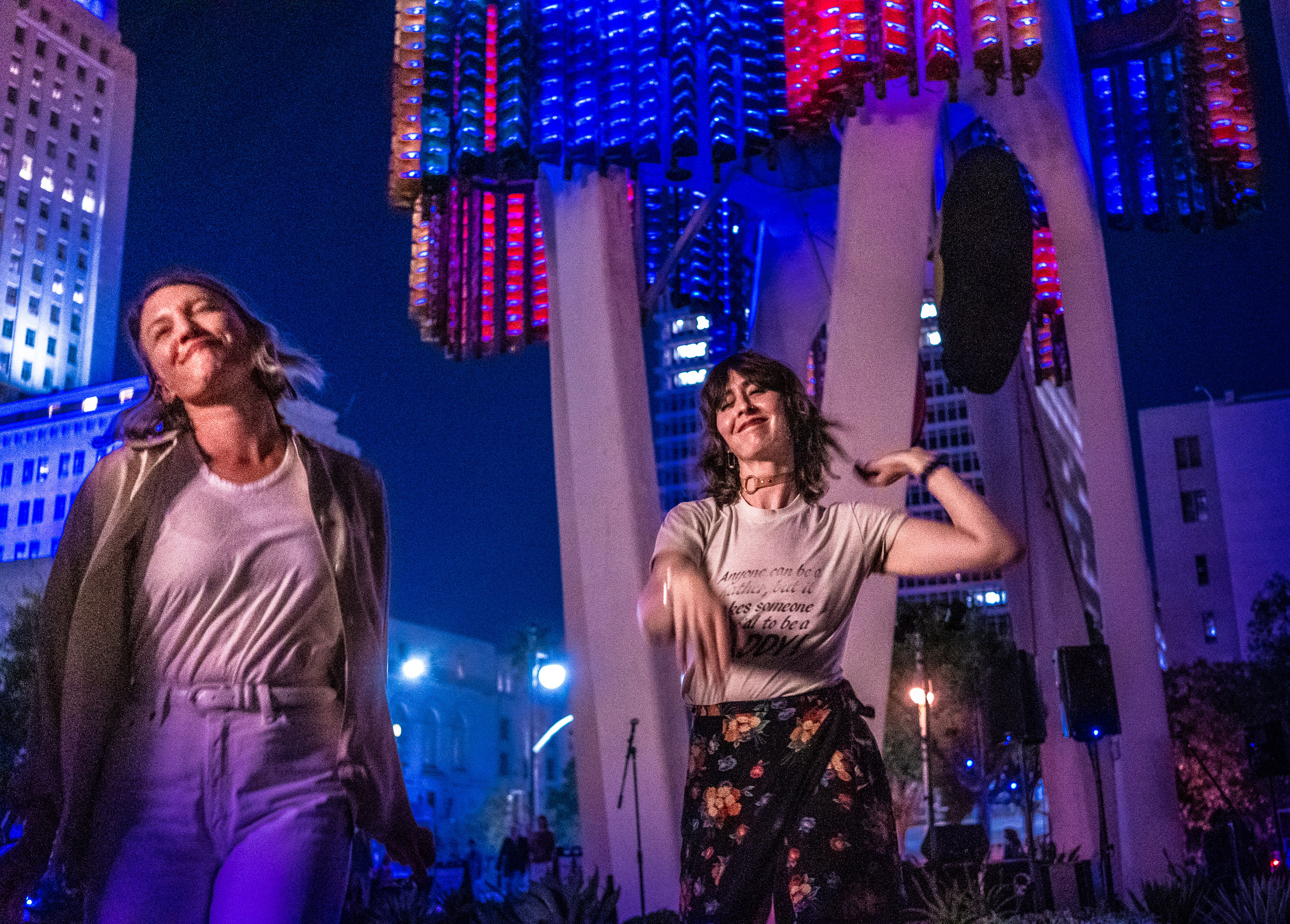 THE TRIFORIUM is a six-story, 60-ton public artwork in Downtown Los Angeles by artist JOSEPH YOUNG. Its 1,494 multicolored glass prisms were designed to glow in synchrony to music from a 79-note glass bell carillon, making it the largest musical instrument of its kind on Earth. It stands in Fletcher-Bowron Square, in the shadow of City Hall, a stone’s throw from Grand Park.

The Triforium was 40 years ahead of its time. The computer installed in the structure to synchronize the bells and lighting effects was plagued with problems from the beginning. It was politically contested and denounced by art critics. Its incandescent bulbs have pretty much burned out. The instrument was removed and sold. The control room was locked down. The lights went out. BUT STILL IT STANDS.

For three Fridays this fall, the Triforium will live again. Its original light and sound programs—rescued from dusty, eight-bit paper tapes and transcoded into modern software—will return, reacting in real-time to live musical performances. For the first time in decades, Angelenos will have an opportunity to experience the Triforium as it was meant to be experienced—as Joseph Young imagined, a “Rosetta Stone of art and technology.”