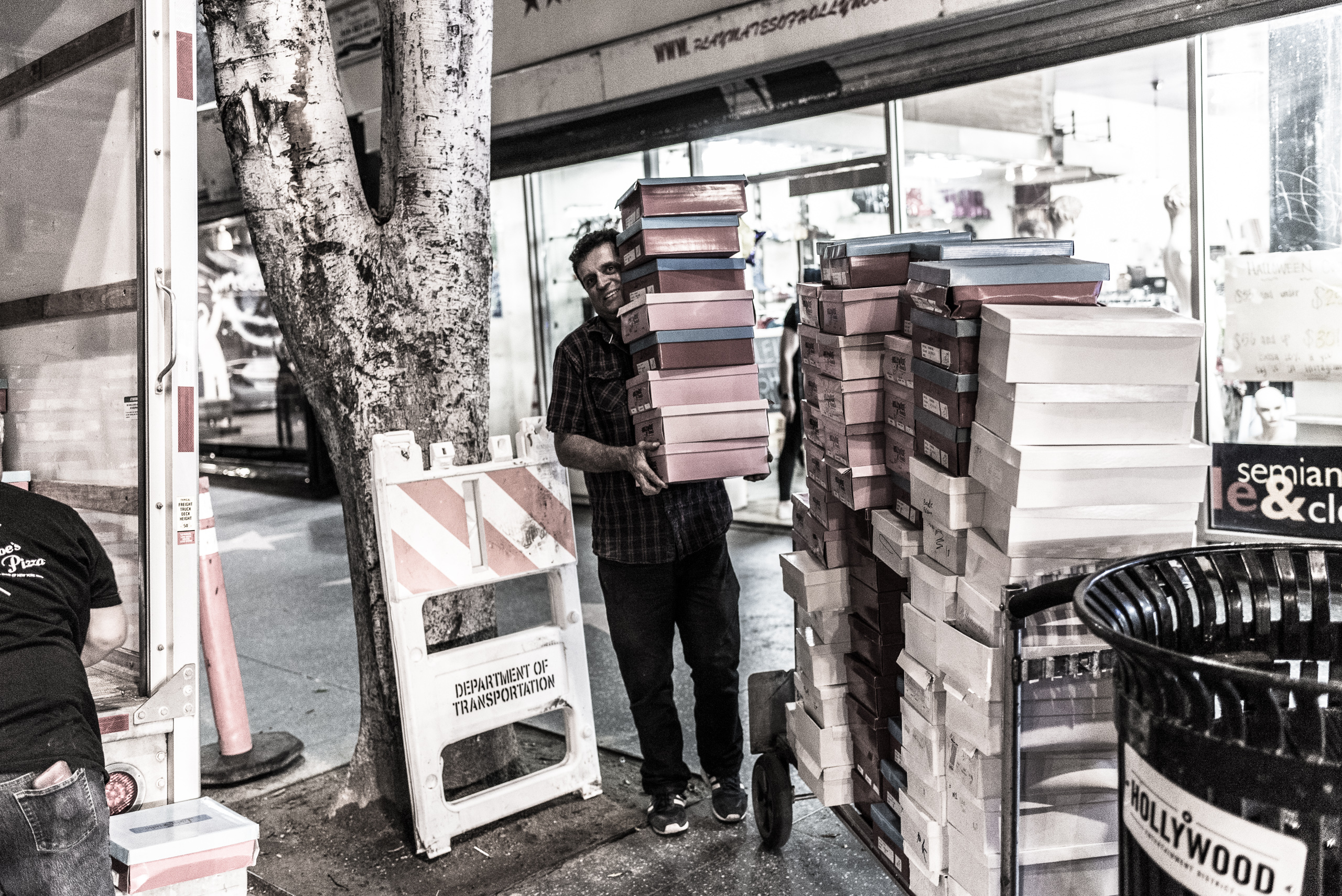 What tourists to “Hollywood” don’t realize is that celebrities don’t live in Hollywood. They live in Beverly Hills, or Brentwood, or their private island. The also don’t realize that the “glamorous”, or relatively glamorous anyway, part of Hollywood is really only about a block long. The Dolby Theatre and the Hollywood & Highland center are on the north side of Hollywood Blvd, and on the south side are the El Capitan theater and Disney/Ghiradelli choclateria. The rest of Hollywood Blvd is mostly bars and shops selling stripperwear. The bars are mostly on the north side of the street, and the stripperwear/clubwear is mostly on the south side. L. Ron Hubbard has buildings on both sides of Hollywood Blvd, even if they aren’t quite as large as his megaplex on Sunset Blvd. Oh, and hideous souvenir shops everywhere. And a few hookah bars.

There’s still plenty of stripperwear, and the bars are packed, a lot more packed than the less active bars on Cahuenga, but it feels like Hollywood Blvd is evolving. It won’t be long before the remaining bars & stripper shops take a backseat to the tattoo parlors and the rapidly blossoming crop of VR places. The VR places are sort of funny in that they’re mostly empty storefronts with a couple of guys inside wearing goggles and waving their arms around. That we’re evolving to tats, piercings, and VR is interesting: the most corporeal, and the entirely virtual, all at once.

I mention all this because I think tonight was the last night for Hollywood Blvd staple, Playmates.

I tried to Google for info on the store, but only came up with articles about Playboy magazine shutting down, creepy and/or sexy stuff about parties at the Playboy Mansion, and lists of things the “Playmates” hated about working/living there.

Playmates is a shop that did not die young & stay pretty. The downstairs closed years ago. The upstairs got pretty dirty. The employees were always nice. Half the shop evolved into a shoe store. So many platform shoes! For a couple of weeks they’ve has sale signs in the window advertising an extra 20% discount if you tag them on Instagram.

I guess tonight was the unceremonious end as the sexy boutique shop becomes a sexy online shop.

One thought on “Playmates of Hollywood is closing, 8:34pm”