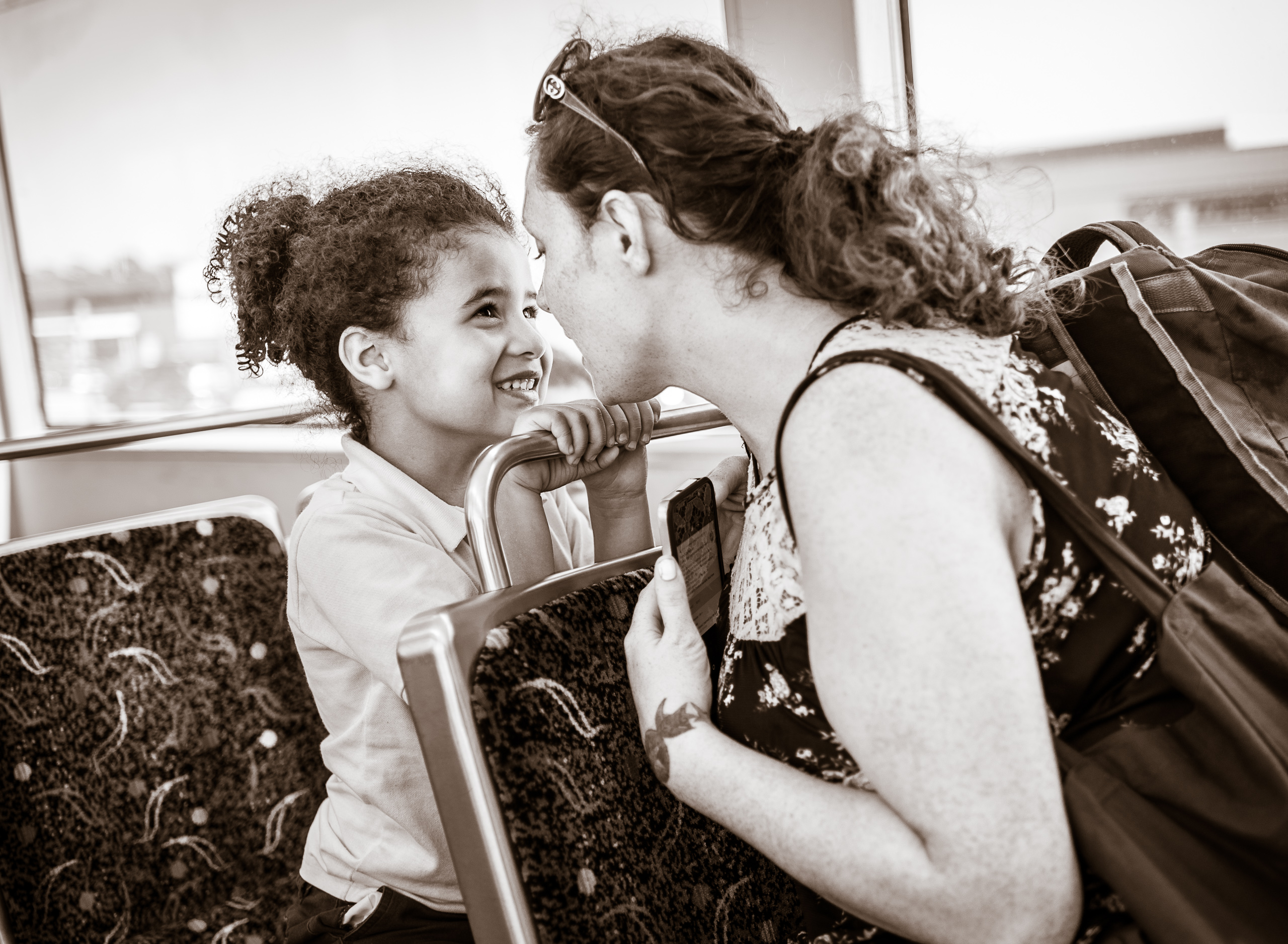 The Green Line is the last of the LA Metro Rail Lines that I’ve experienced. I took the Gold Line to the Red Line to the Blue Line, and then at the Blue Line Willowbrook/Rosa Parks station, I transferred to the Green Line heading East. I rode to the end of the line: Norwalk Station. I thought I might eat something there but I discovered the only thing at Norwalk Station is endless parking. Parking, parking, parking. As far as the eye can see.

I reboarded the Green Line now heading West toward Redondo Beach. After a few stops, this mother & daughter boarded. It was quiet for a few stops until all the LAX employees heading into work started to board.

What’s cool about the Green Line is that it’s a fast train at grade. The Red & Purple lines are underground, so they’re fast but you only see darkness out the windows. Gold, Blue & Expo are built at grade, so there’s lots to see out the windows, but they’re slowed down by the traffic they sometimes have to stop for. The Green Line runs almost entirely down the center of the freeway. Built at grade, or actually, above grade, the Green Line has many views of the city but never has to stop or slow for traffic.

The only line I haven’t yet ridden end-to-end is the line I ride the most: the Gold Line. I’ve been from Atlantic Station to Chinatown Station and points in-between many times, but I haven’t explored the North-end of the Gold Line yet.