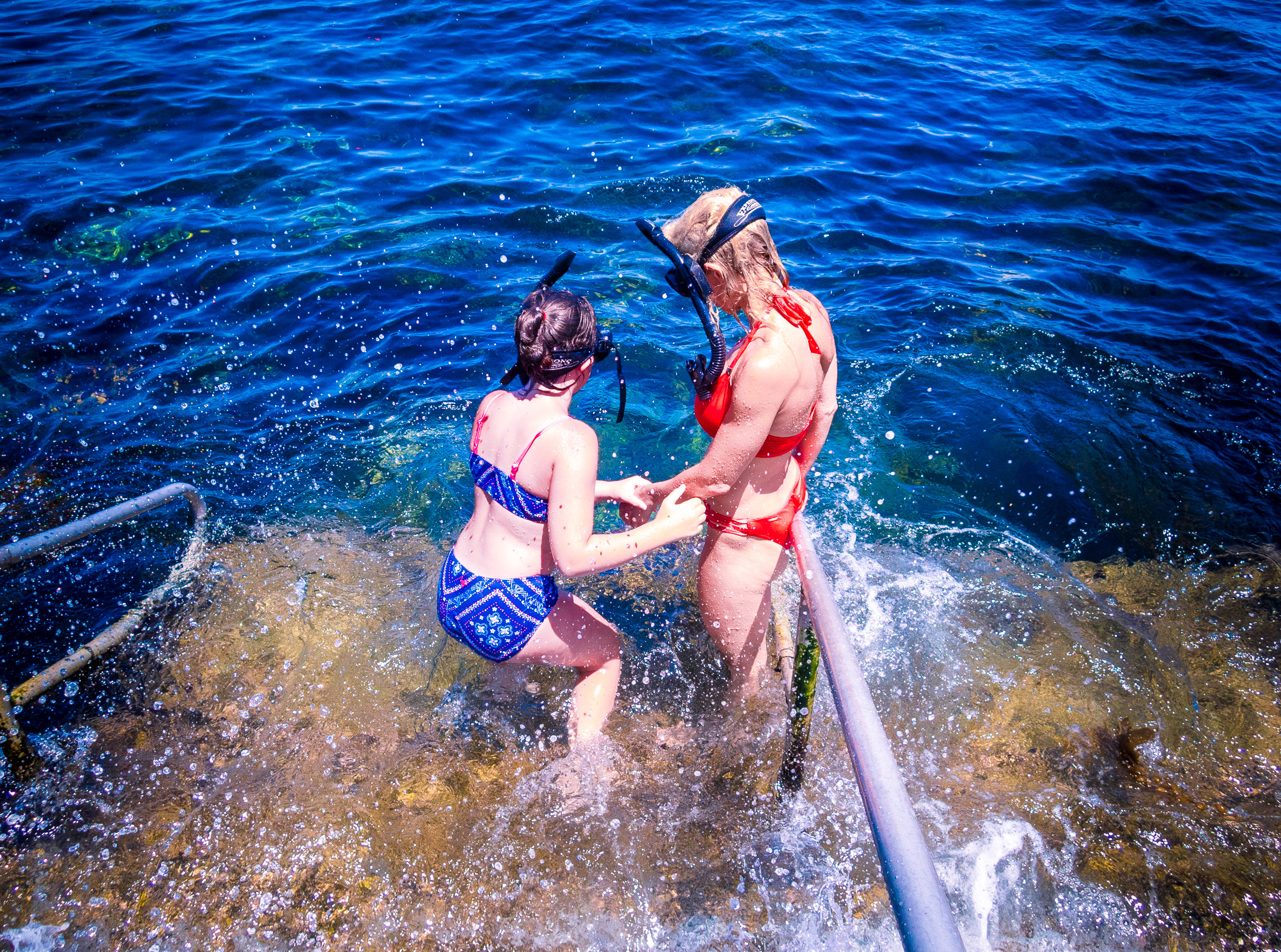 Eyes beneath the sea

The Girl and her mom are from Cleveland.

The Woman is a friend who lives in Newport Beach near the cliffs above the Newport Aquatic Center and the Newport Back Bay.

The Mom is over at Descanso Bay doing the Zip Line. So The Woman is here, taking The Girl out for her 1st ever snorkeling experience.

The Girl is very nervous. She’s never done this before. It takes her a long, long time to get in. The Woman waits, and waits, and waits. And finally just gets in and turns around and says,

come on in, it’s great

After a while, they get out. The Girl is ebullient. The Woman is cold. 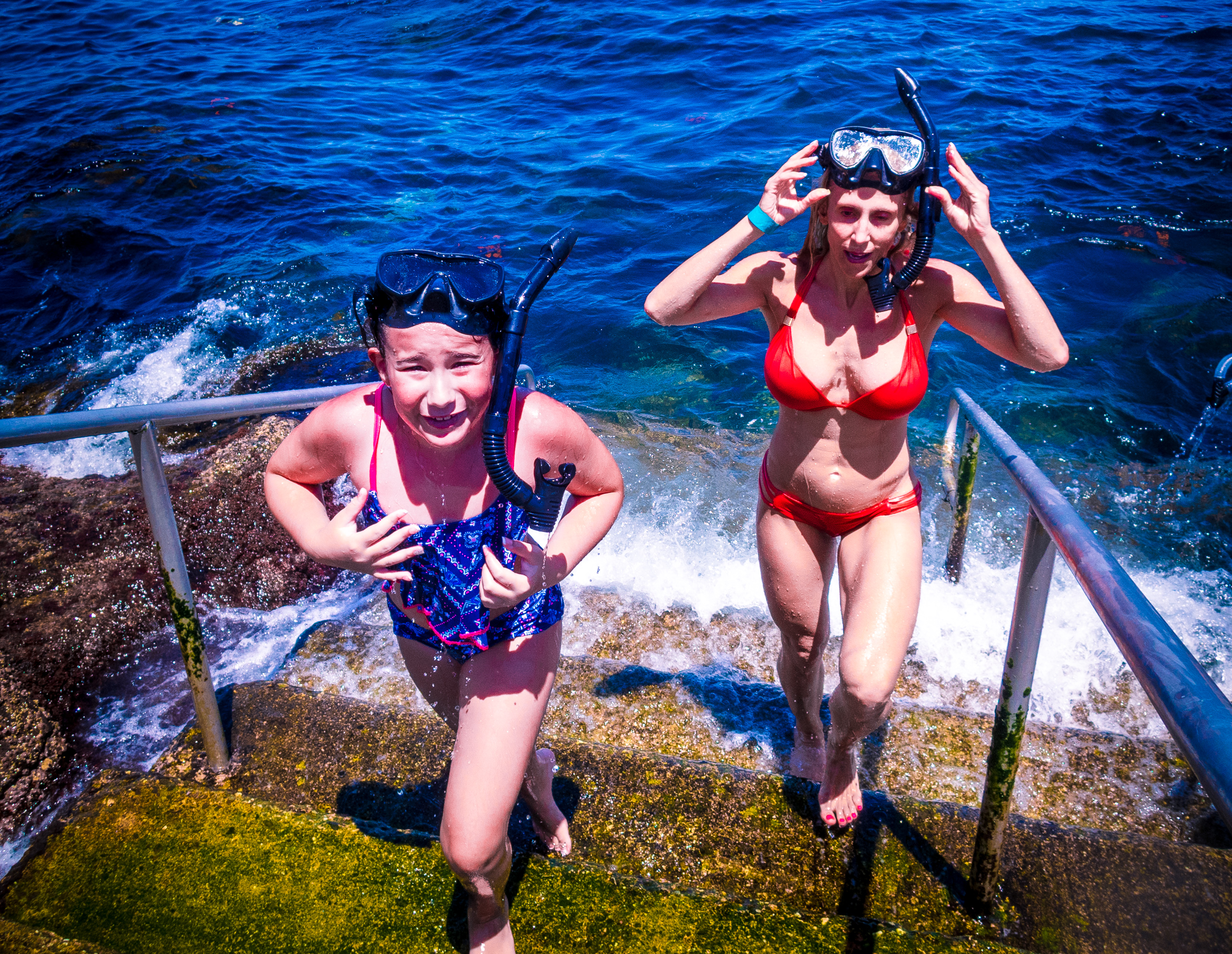 Let’s get back in!

The Girl wants to go back in! But The Woman is still cold. They wait a while. The Woman tells The Girl that she could go in by herself. But The Girl isn’t ready for that. She still wants to hold The Woman’s hand as they get in. Their 2nd entry is faster than the 1st. But still slow. The Girl still clings to The Woman as they enter the ocean realm. Once they finally do get in the water, The Girl swims with ever more confidence and ever more excitement for this new and unbelievable world she has just discovered.

After a while, they get out. The Woman is cold. The Girl is ecstatic. They sit on the steps for a while. The Woman tries to warm up in the midday sun. But The Girl is too excited. For her 3rd dive The Girl leaves The Woman behind and enters the ocean by herself.

From deer-in-the-headlights fear to ecstasy to confidence, all in about half an hour. 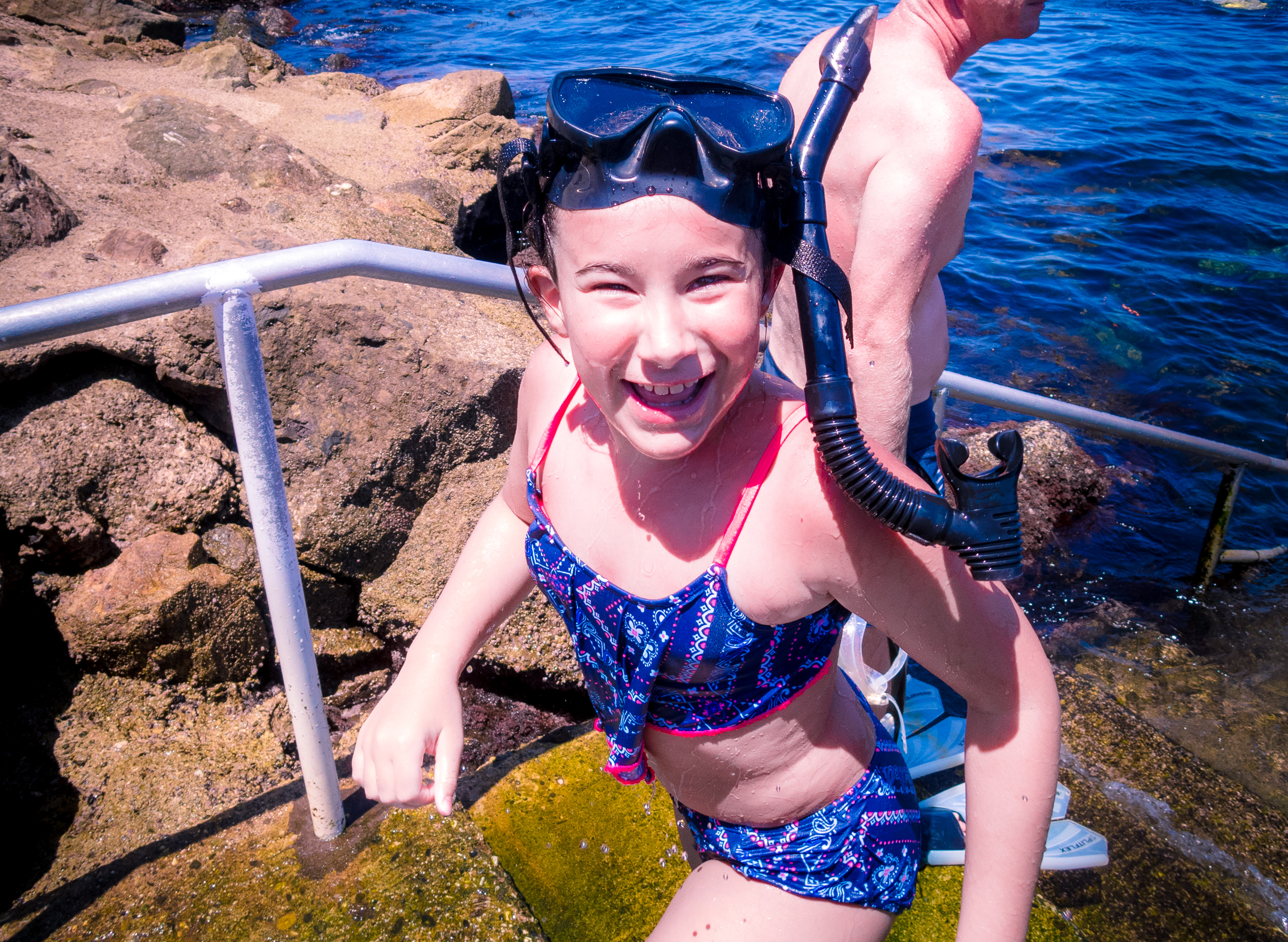 There are 8 California Channel Islands in the Santa Barbara Channel. 4 in Santa Barbara County, 2 in Ventura County, and 2 right here in Los Angeles County. The 2 LA Channel Islands are Santa Catalina and San Clemente. The only significantly inhabited of the 8 islands is Catalina, with a population of 4,000, centered around the resort town of Avalon.