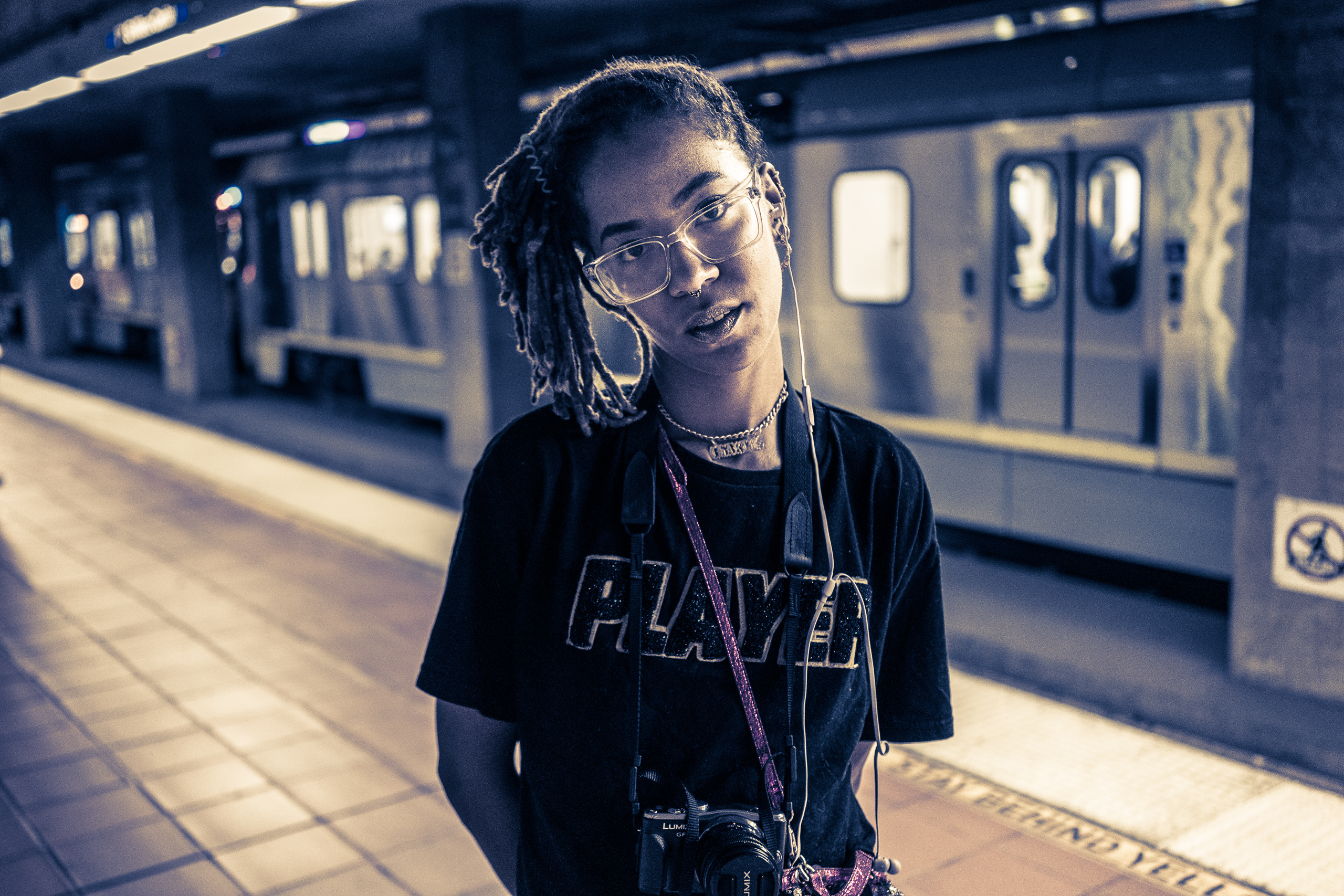 On sheet music, the Italian suffix “-issimo” makes the adjective it is attached to much more potent

CHARLISSIMO is a queer afro-latina millennial who focuses on combining fine art, music compositions, + visuals in a way that inspires people to FEEL more

I ran into Charlissimo at the 7th Street Metro Center. She was trying to figure out which train would take her 1 stop to Pico. I was useless (signage at these stations is often poor or confusing). Anyway, thanks to the confusing signage we wound up having a conversation. She figured out that the Expo line was the train that stopped at Pico. I later learned that both The Expo line and the Blue Line go from the 7th St Metro Center to Pico. We rode 1 stop to Pico together. She headed to a studio visit with a friend. I continued west to the Pacific Ocean.

She’d been visiting with homeless around town earlier. She tends not to ask them about homelessness, but about ordinary life stuff: dating advice, whatever. She doesn’t ask to take their pictures, they ask her to take one.