I forgot their names. But let’s call the blonde Kristina. She’s 23. From New York. Living now in Long Beach. Which she describes as OK, but a little dull. That’s why they’ve spent all day in Hollywood, schlepping their way from Barnsdall Park, to their current spot on Hollywood Blvd, between Vine & Highland, and heading West. 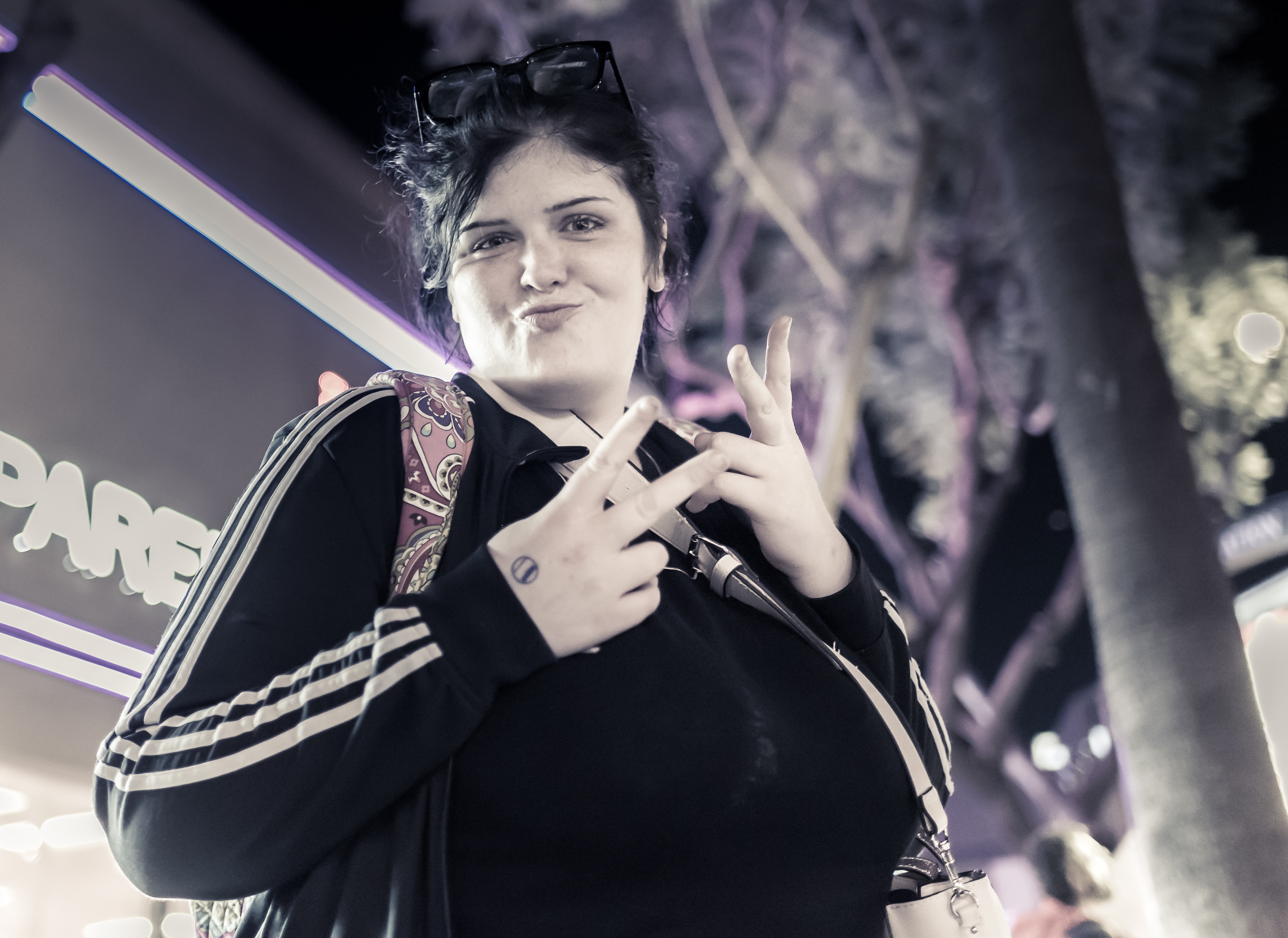 This is Kris’ sister, Rachel. Also from NYC. Also living in the LBC. Kris was super-engaged, engaging, and talkative. Rachel was somewhere else. She wandered a few feet away from us and didn’t seem to listen or say much. But, as you can see, she was happy to pose for the camera.

I’d eaten at Veggie Grill on Sunset & Vine, walked up  Cahuenga back to Hollywood Blvd, and was now heading West toward the Trump Star at Hollywood & Highland when Kris said “Hi! Those are great glasses!”

A conversation effortlessly ensued. Kris was either a little high or else just bubbly and engaging. The topic turned to What is Art?

Kris said the question confused her. A lot. But in fact, her insights were exceptional. I won’t try to recreate the conversation for fear that I’ll either make her seem more informed than she really was, or less intuitive than she really was. My sense was that she had no formal training. She didn’t use any art words or mention any artists, other than Bob Ross. But she definitely had an intuitive and clear idea of art in the 21st century. Even if how clear she was, wasn’t clear to her. Having taught “Art Appreciation” to 4,842 students in the past 12 years at Long Beach State, I can tell you that understanding the domain of art to be far beyond Renaissance & Impressionist Painting, is not a trivial thing. 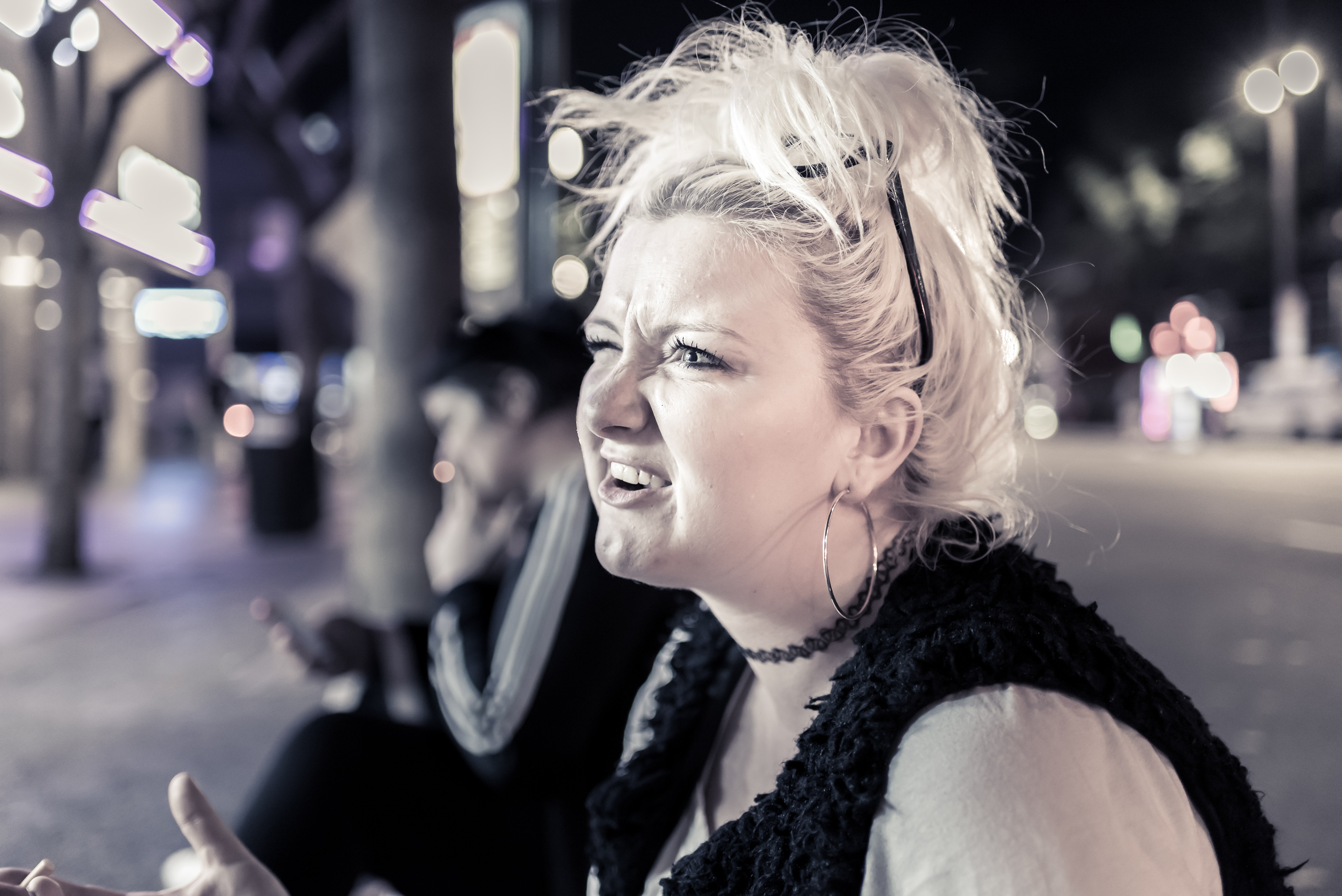 Kris asked me to wait for them as they went into a Hollywood Blvd pizza place and got sodas. She asked if I wanted one, but I’d just eaten at Veggie Grill. She waxed about all the amazing aromas in the pizza shop. Drinks in hand, she sat on the curb on Hollywood Blvd to have a cigarette. Kris had one, Rachel had one, and when some guy came by to bum a smoke and a light, they gave him one too. She offered me one, but I said no thanks. 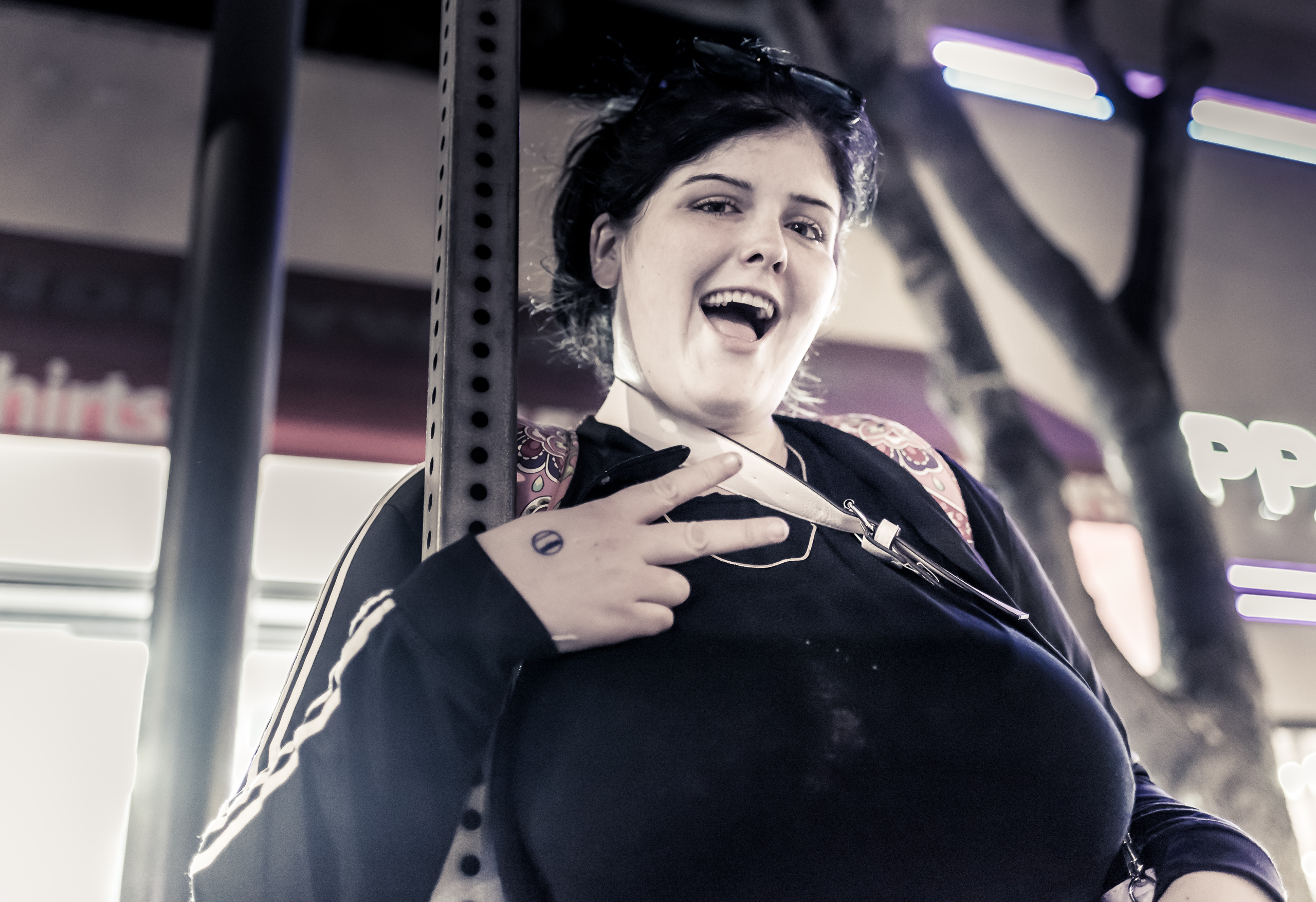 After her cigarette, Rachel asked me if I smoked pot. I said no. She asked if the smoke would bother me. I said no.

Kris asked what I was doing and I told her about the Trump Star project. She asked if I was on Instagram or Snapchat and I told her I was glenn_irs on both. She looked at the Trump Star pix on IG and seemed to like them. More conversation on the nature of art followed. Kris wanted to know if “sitting here and kicking off my shoes” could be art?

She said “let’s walk to Hollywood & Highland” and so we continued West on Hollywood Blvd toward the place I’d been heading in the first place.

I can’t hang with people who aren’t honest

Just before we came to Hollywood Toys & Costumes, and Outfitter Wigs, Kris pulled on my hair and asked,

Is this a wig?

No, this is my natural color.

How old are you?

This is when Kris told me that she was 23, and Rachel said that she was 21, and Kris said that I was definitely not 62. Kris asked me 3 or 4 times how old I was and I continued to tell her that I was 62. She said that she couldn’t hang out with someone who wasn’t honest with her. I said, why would I lie about being 62?

I need a minute.

Can you give me a minute?

Kris and Rachel step aside and huddle for a minute.

OK. Keep up the good work.

With that, I turned West and continued down Hollywood Blvd. They turned East and walked the other way. Our conversation ended as abruptly as it had begun. 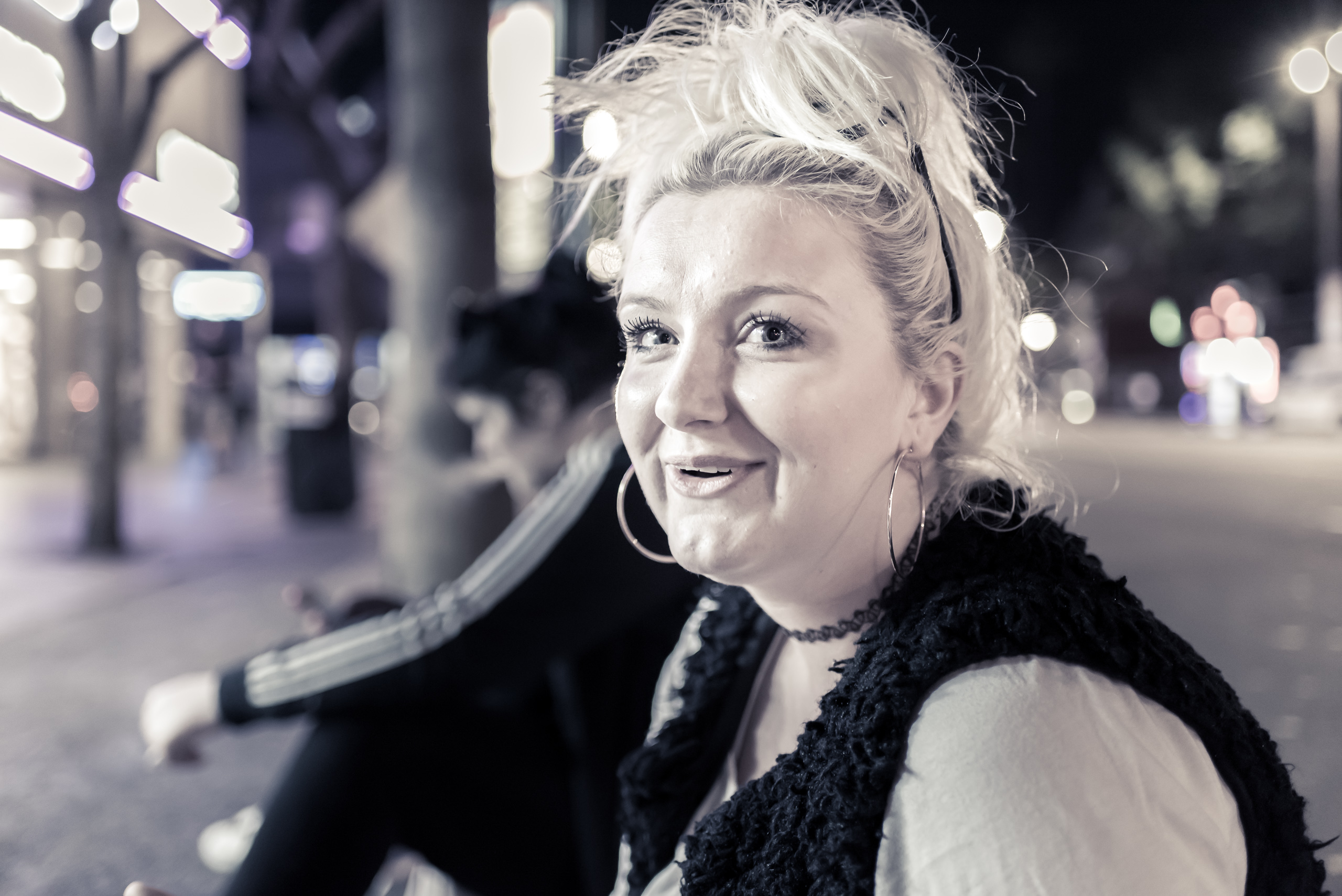 Could just sitting here and kicking off my shoes be Art?