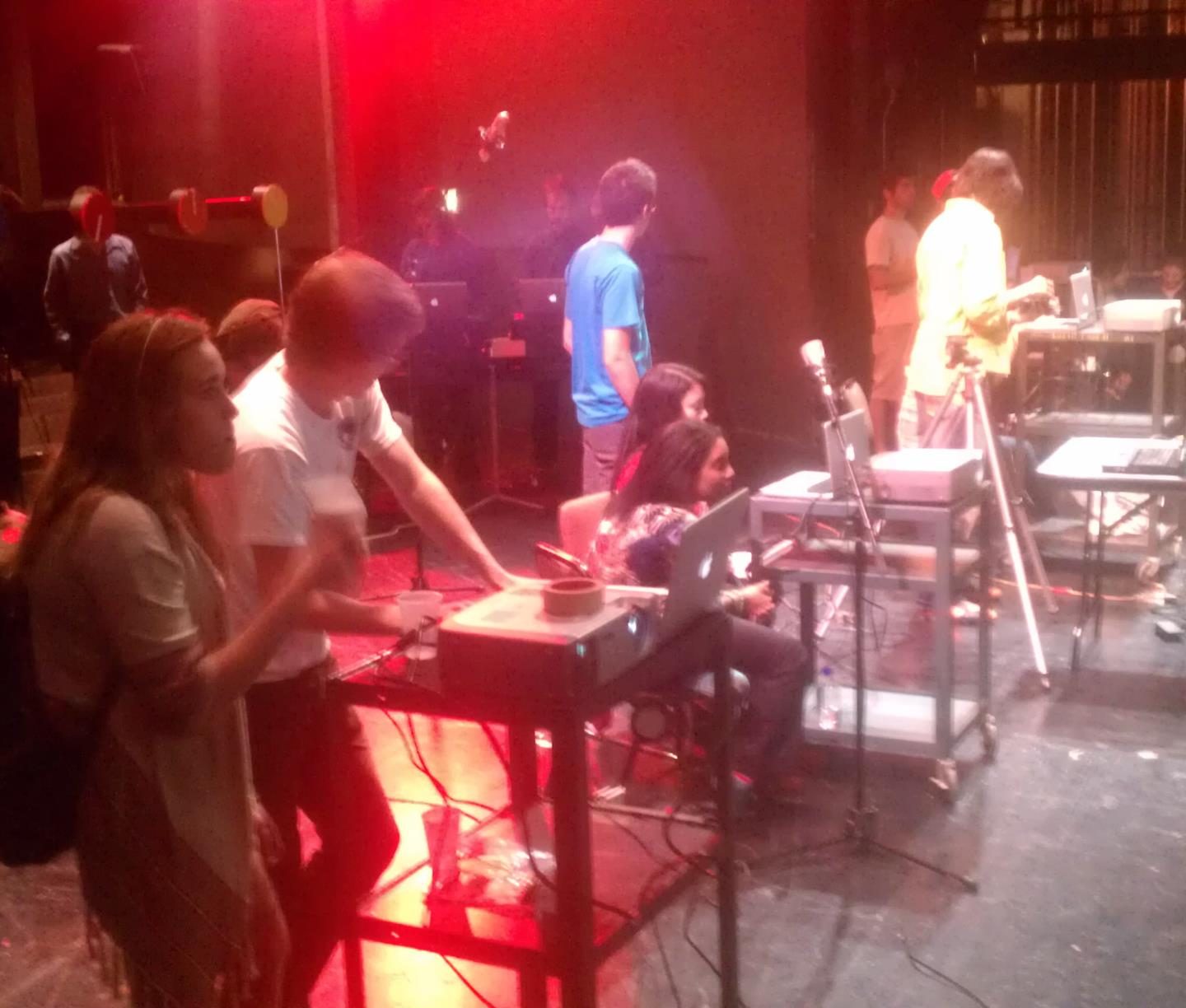 Charlie Gage
Activist / Producer Charles Gage discussed his work and screened clips from his films including his most recent documentary Inspired: The Voices Against Prop 8

Chatroulette
Using 3 large-screen projectors on the back wall of the University Theatre, my students played multiple live-streams of Chatroulette with a range of global participants.