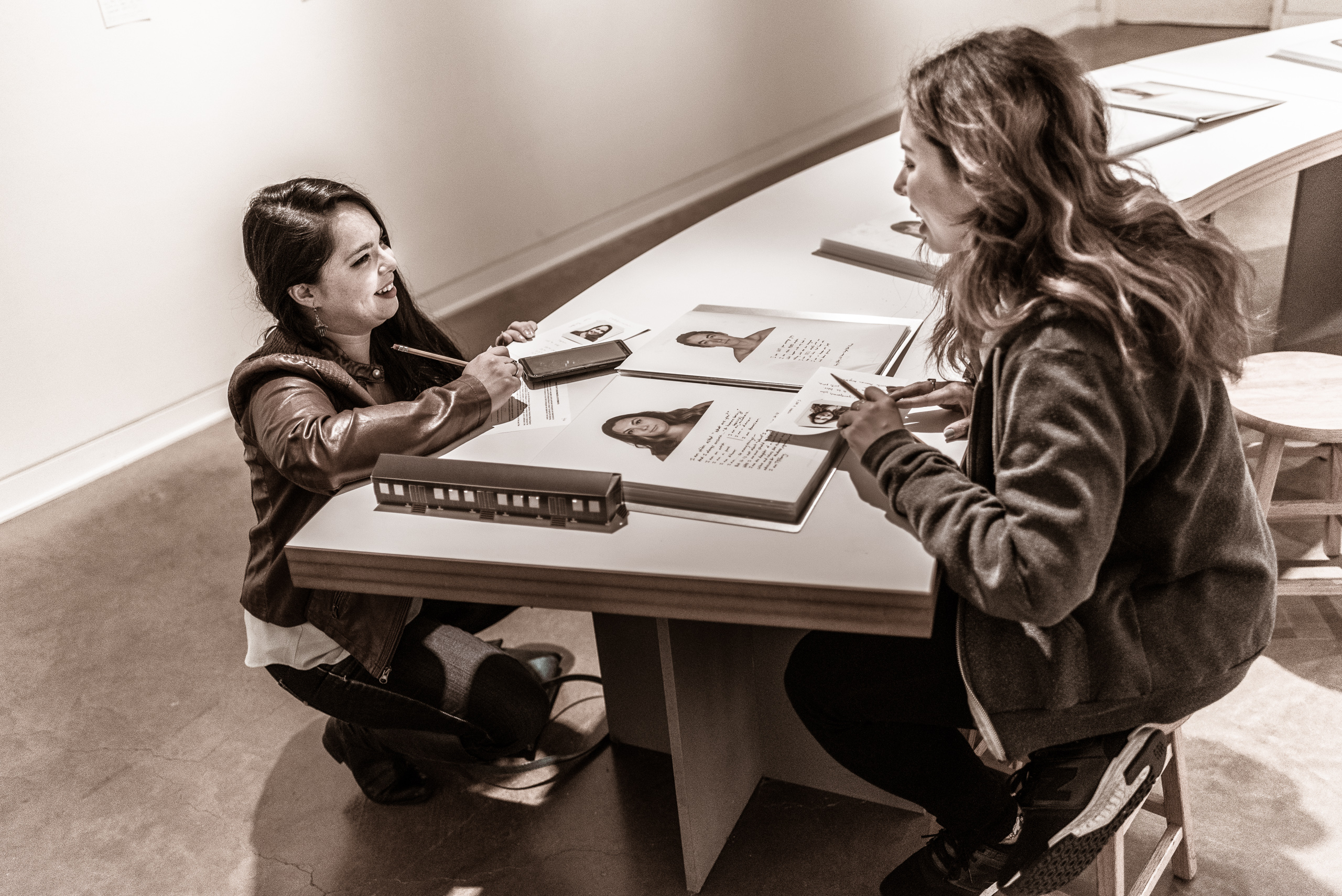 In 2001 Kip Fulbeck started traveling America photographing people who identified as hapa (“half” or mixed ethnicity). He made a portrait of each person and had them write something about their identity. In 2006 the Japanese American National Museum in Little Tokyo, Los Angeles exhibited the work.

Now in 2018, the Japanese American National Museum has a new Kip Fulbeck exhibition, this time of his hapa.me project. He’s paid another visit to the people he photographed. And made another portrait. And had them write something about their identity 15 years after the original piece.

It’s a beautiful installation about the diversity of identity. It is also a simple, sublime document about time. In the JANM gallery, diptychs of the early and recent portraits and writings fill the walls.

In a second room, you can have an instant photo taken of yourself (on Saturdays) write your own statement, and post it on the walls of the gallery. The two people in this photo have just had their photos taken and are now deciding what to write about themselves.