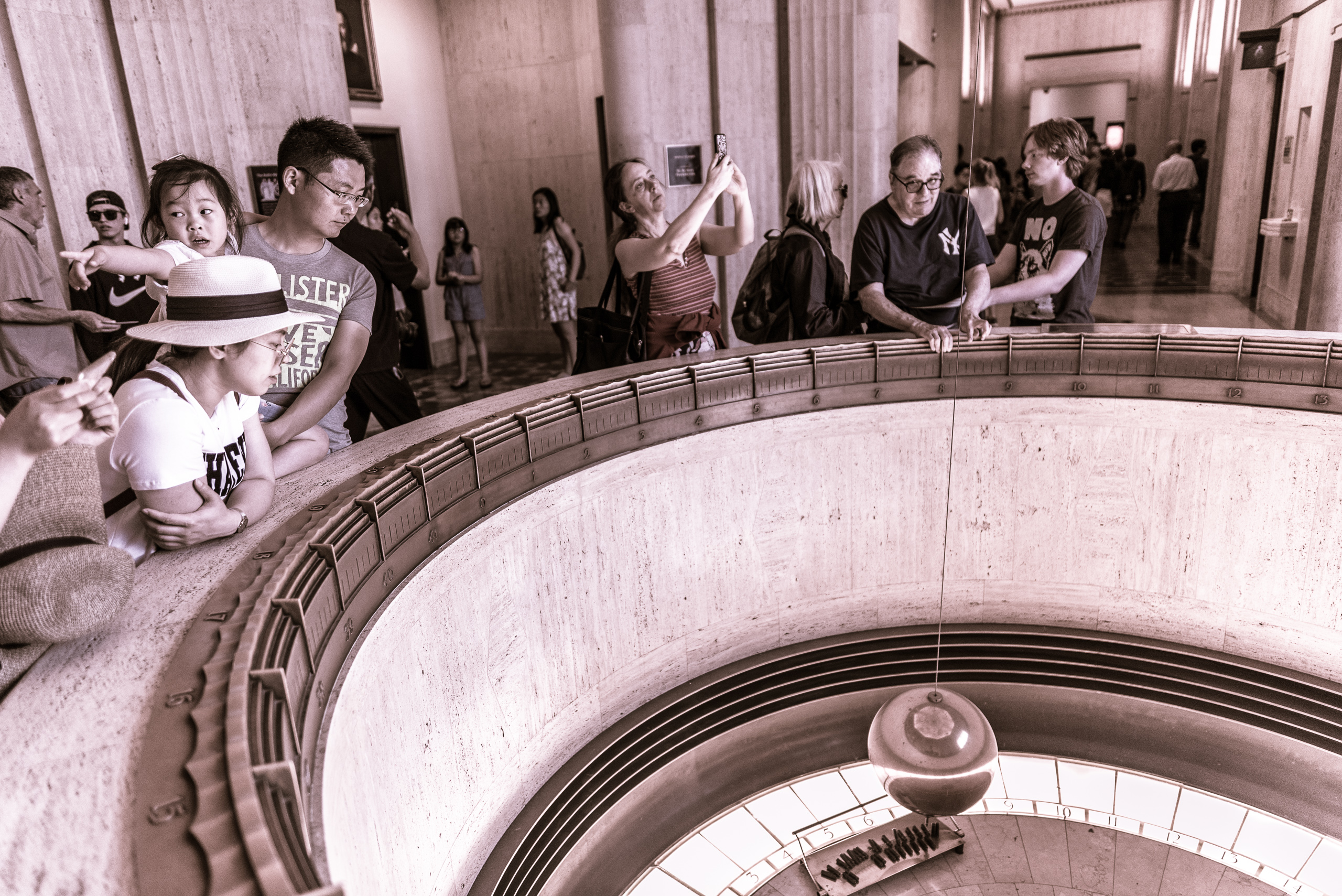 The gently swaying Foucault Pendulum in the W.M. Keck Foundation Central Rotunda has long been a visitor favorite since the building opened in 1935. One of the largest such devices in the world, the fully restored pendulum is actually an elegant scientific instrument which demonstrates the Earth’s rotation.

The 240-pound bronze ball, suspended by a cable 40 feet long, swings in a constant direction while the Earth turns beneath it. The pendulum is mounted to a bearing in the rotunda ceiling that does not turn with the building as it rotates with the Earth. A ring magnet at the bearing gives a little tug on each swing of the pendulum to keep the pendulum in motion. As the day passes, the pendulum knocks over pegs set up in the pendulum pit and indicates the progress of rotation.